The details of this story are shocking and upsetting: A baby was abandoned at only a few days old. He was dumped into a drain. And he was left there by his mother, who has since been charged with attempted murder. What should she have done? 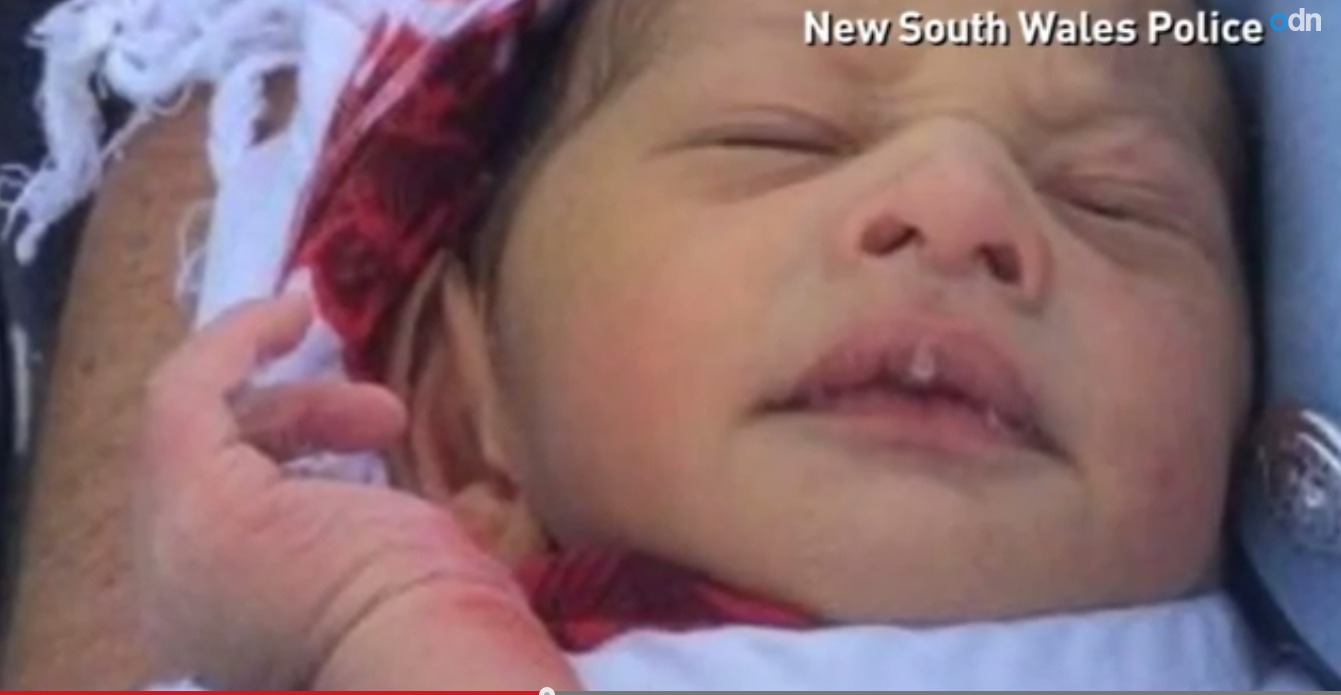 Australians are collectively heartsick at the news of a beautiful newborn found abandoned in a drain over the weekend. The details of this story are shocking. He was abandoned down a drain, dumped into a hole that stretched 2.4 metres deep. And he was abandoned by his mother.
We don’t know the full details yet, other than to know that she wasn’t a frightened teenager — she was reported to be 30 years old.
Social media is ablaze with people who are angry, disgusted and upset that a mother could intend such a harmful end to her vulnerable baby.
Thankfully, this particular story doesn’t have a tragic ending — this precious newborn was found, his cries heard by a cyclist who happened to be riding slowly.
But what if that cyclist hadn’t been riding slowly? What if he hadn’t heard the noise (which he assumed to be a kitten) and stopped? What if he’d gone for an afternoon ride instead of a morning one, by which time the heat would have risen up to 40 degrees C?
The outcome could have been — would have been — deadly.
And while the thought that a mother could abandon her child in such a cruel way is truly sickening, it happens.

What should this distressed mother have done?

This child’s mother could have fled the hospital after his birth and failed to take him with her. She could have surrendered her baby anonymously to a church, a hospital or even on a suburban doorstep.
She had options other than dropping her newborn down a hole in the ground. I wonder what thoughts ran through her head, if any, the moment that she let him go? I wonder if she heard him cry as she walked away?
Clearly, she didn’t want her baby found and were it not for a specific set of circumstances unfolding, he wouldn’t have been. But when I began digging into the news reports on this story, I couldn’t help but think of all the other babies who have been abandoned throughout Australia who, tragically, weren’t discovered.
What resources do we have in this country to assist women in managing an unwanted birth? That sentence may sound clinical and cold, but ignoring the truth of it won’t help anyone — least of all the beautiful babies who are not welcomed into the arms of a loving family.
In the United States, safe haven laws allow pregnant women to drop a baby at a hospital, police station or fire station, no questions asked. And all throughout Europe, anonymous “baby hatches” have been in operation for many years.
Back in 2010, Victoria was the first Australian state to raise the issue of introducing safe haven laws in Australia. To date, no action has been taken. Currently, in Australia, baby abandonment is treated as a criminal offence, with parents liable for prosecution. It is also an offence in all Australian jurisdictions to conceal the birth of a child by disposing of its dead body.
However, Lisa Charet, district director from the Department of Families and Community Services, said anonymous hatches at hospitals were unnecessary, as there is support for struggling parents already available.
“I think people are scared if they come forward, there may be consequences. You can go to a hospital, they will support you,” she said.

“Family and Community Services have a 24/7 helpline. The number is 13 21 11. People can call there any time and we will help. Police are also here to help. It’s fear that stops people coming forward, but we are here to support the community.”

Hopefully, the publicity surrounding this case will show other women in a similar situation that they have options; that professional, non-judgemental help is available. And that abandoning your baby to die is never the right solution.

What will happen to the baby in the drain?

Charet told reporters that it was likely the baby would be released from hospital into the care of the state.
“At this stage, we are really worried about his welfare and [his] mum’s. We can give her the help and support that she needs. She must be feeling enormously distressed,” Charet said.
She added, “When this sort of thing happens, people are in a place of desperation.”
There are plenty of parents throughout Australia (myself included!) who would be thrilled to adopt this little guy. Let’s hope that his rocky entry into the world is his last hurdle to overcome as he moves forward with the support of a loving family.

Ways my kids’ illnesses have made me a better mother
Who will care for your kids when you die?
Elle Weeden shares her 3-year IVF journey

29 mins ago
by Sydni Ellis

19 hrs ago
by Jennifer Audrie