All parents think their little Jimmy or Sally’s work deserves pride of place on the fridge, but these parents take their pride to a new level of appreciation. 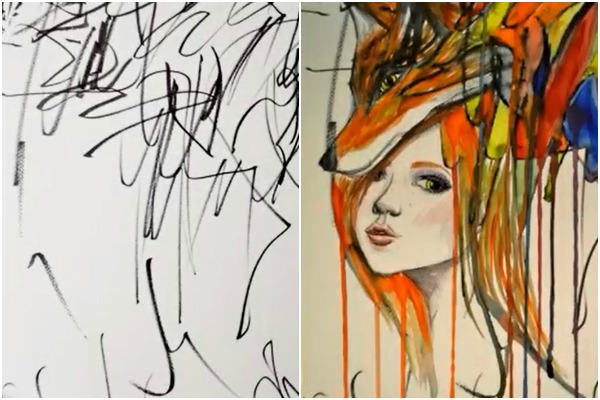 Like most parents, Canadian artist and mother, Ruth Oosterman, loves her child’s scribbles and doodles. She was taken by them. But being an artist, she and her 2-year-old daughter, Eve, began collaborating together and the result is wonderfully colourful creations, which Oosterman says exemplify the innocence of youth.

“Nothing is more amazing than a child’s innocent insistence that anything is possible,” Oosterman says. “I had been letting (Eve) use my black ink pen and realized that if I used watercolor I could use the shapes and darkness to create a painting that I would have never been able to even think of on my own.” Oosterman also uploads time-lapse videos of the creative process on YouTube. 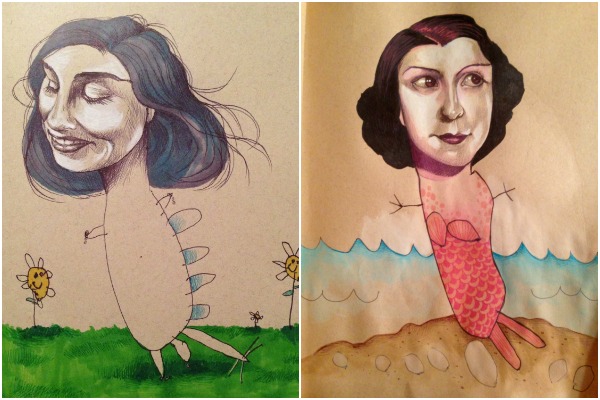 Mica Angela Hendrick’s sketchbook used to be off-limits to her little girl, Myla. “OOOH! Is that a NEW sketchbook? Can I draw in that too, mama?” Myla called to her mum one day, reminding Hendricks of her own rules: If she couldn’t share, then the sketchbook would have to be taken away.

“Oh no she didn’t!” Hendricks recounts on her blog. “Myla was using my own mommy-words at me! Impressed, I agreed to comply.” The sketchbook is now both for mum and daughter, with Hendricks beginning the drawings and Myla finishing them off with stick-figure bodies and fanciful sceneries. 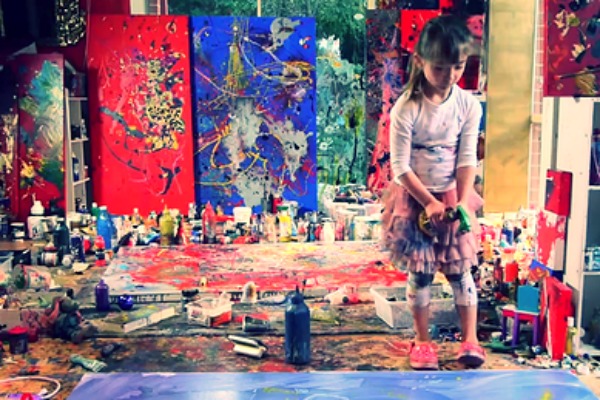 Four-year-old child prodigy, Aelita Andre, took the art world by storm in 2011 when she held her first exhibition in a gallery in New York. Spinning around in her ballerina skirt, the Melbourne local, along with her parents, introduced people to the exhibition. “She is completely and utterly innocent, just with an innocent eye almost coming to a canvas,” her father, Michael Andre, says. The vibrant abstract paintings have been sold for close to $10,000.

4. Getting crafty with dad 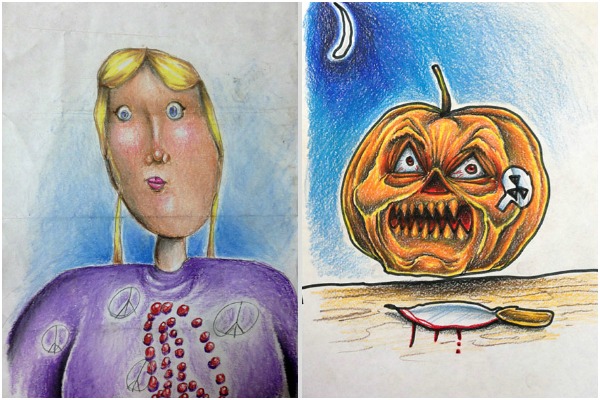 Now, this is a father and child bonding session like no other. Reddit user and father, Tatsputin, shared the collaborative drawings he created with both his son and daughter. “I did this one (on the left) a few years back on a whim to see how it would look if I coloured one of my 4-year-old daughter’s pictures. This is the one that started it all for me,” he says. “This is also when I realized that I should take before pics.” 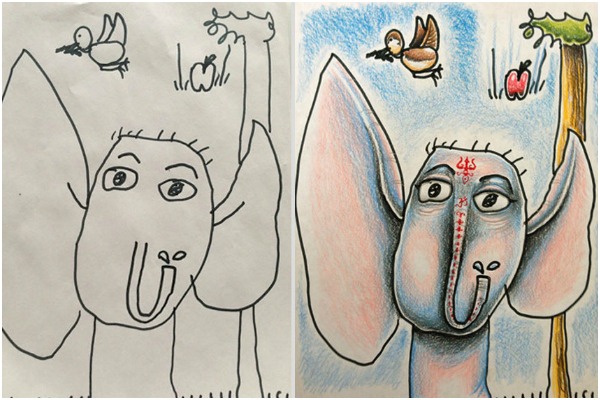 Not only are the images fun, but the stories behind them capture the magic of childhood. “My daughter, at this point 5, drew this for me saying it was an elephant boy that tells her things in her dreams. I thought this would be the neatest way to colour it at the time.” 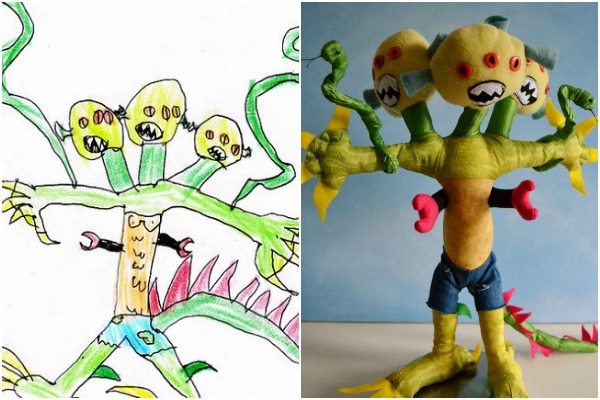 Taking a step beyond collaboration, Wendy Tsao used images drawn by her children for inspiration to create interesting plush toy characters. After realising how excited her children became after seeing their drawings come to life, Tsao created a business and now accepts other kids’ drawings to create their very own toy. “In the beginning, I treated it as a business, which is fine,” Tsao says. “But the thing is, I realized that Child’s Own Studio is not just a business for me; it’s really a craft. On some days, when I’m good, it’s an art form.”

Have you heard of any other parents doing amazing things with their children’s drawings? Let us know in the comments section below.

10 Pinterest-inspired crafts for kids
Adopt a monster: DIY monsters your kids can make
3 Toddler crafts you can make right now