News has come from Kensington Palace that Kate Middleton and Prince William are expecting, but why were they forced to share the news before the first trimester?

As was the case during her first pregnancy with Prince George, the Duchess of Cambridge is suffering from hyperemesis gravidarum, an acute form of morning sickness.

Instead of being treated in hospital, the duchess will remain at the palace to receive care for her nausea and vomiting, away from the prying eyes of the paparazzi.

This is the second time Middleton and Prince William have been forced to announce the pregnancy before the all-important 12-week mark.

The condition led to the royal family revealing the news of the pregnancy, as it meant Kate wouldn’t be able to meet her commitments, including official visits with Prince William.

“Her Royal Highness will no longer accompany The Duke of Cambridge on their planned engagement in Oxford today. The Duchess of Cambridge is being treated by doctors at Kensington Palace,” the official statement read. 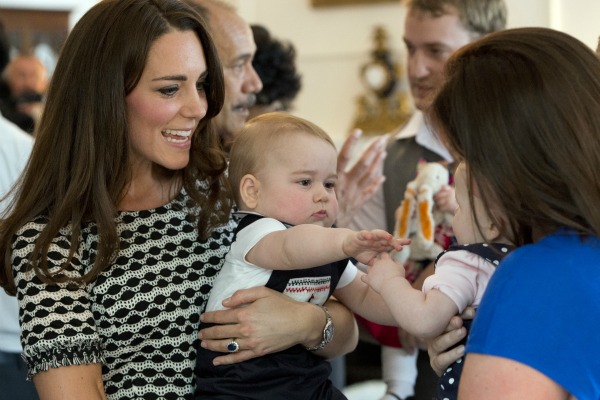 Hyperemesis gravidarum is an uncommon condition, which occurs during pregnancy and results in excessive vomiting. Just 3 per cent of mums-to-be in the U.K. and 2 per cent in the U.S. become affected by the condition.

Some experts claim the condition is even less common among women who have given birth before.

Will and Kate: Non-traditional and why we love it >>

“You won’t have to make excuses for feeling exhausted, gaining weight or passing up a glass of wine,” she said.

While writer and parenting blogger, Vanessa Bell, says sharing the news early can mean mothers-to-be can begin creating their personal support network. “As far as steadfast rules about when you should announce your pregnancy, I don’t believe that a woman should feel guilty for telling people whom she trusts and wants to include in her support network,” she says, adding that these networks are particularly important should the unimaginable happen.

“One of my biggest reasons for announcing my pregnancy early to close friends is that if the unspeakable were to occur, I would need their love and support,” Bell says. “I am a strong, capable woman, but enduring conflicts with a pregnancy would be beyond the scope of my individual strength.”

How long did you wait to tell your friends and family you were expecting?

More on birth and pregnancy

Answers to common pregnancy questions
Are we “medicalising” pregnancy?
Tips to stay fit while pregnant

22 hrs ago
by Debbie Feit