My daughters are toddlers now, but I’ll never forget my reaction the first time someone asked me if I was excited to start them on solids: I almost cried. Up until that point, I was their only food source, and I liked that level of dependence. Plus, the closer we inched to the six-month-mark, the more I was reminded that time moves too quickly. Alas, the clock wasn’t going to slow down, and my girls were guaranteed to get hungrier. But when it came to starting babies on solids, I felt lost.

There are a lot of opinions on when, how, and what to feed babies who are starting solid foods. Give them vegetables first, lest you want to create a picky eater; purée their foods with an expensive blender; skip purées and give them the real stuff; avoid jarred food at all costs. Humans have been feeding their infant children for thousands of years. Could it be that difficult?

Well, if you were to compile all of the advice — and, let’s face it, old wives’ tales — from blogs, friends, and grandparents, maybe. But with the help of two pediatricians, and my ravenous six-month-olds, I learned that introducing solids to babies doesn’t have to be that daunting — just a bit messy.

“The general recommendation — and this is what the American Academy of Pediatrics says — is between four to six months of age. So there’s a range,” Dr. Katherine Williamson, a pediatrician at Mission Hospital and the president of the AAP Orange County chapter, tells SheKnows. “My recommendation on top of that is generally closer to six months of age, but, ultimately, when the baby is ready in that time frame.”

Williamson isn’t the only one to recommend waiting until the six-month mark; the AAP, World Health Organization, and UNICEF all suggest exclusive breastfeeding for the first half-year of a baby’s life while their digestive tracts are still developing. Breastfeeding has numerous benefits for babies, including protection against illness and diseases, weight regulation, and general nutrition. It’s great for parents, too, as it can help diminish risks of type-2 diabetes, breast and ovarian cancers, and hypertension.

However, that might not work for everyone (and that’s okay!). What’s most important, Williamson says, is that you talk to your pediatrician to determine what’s best for your family’s needs. 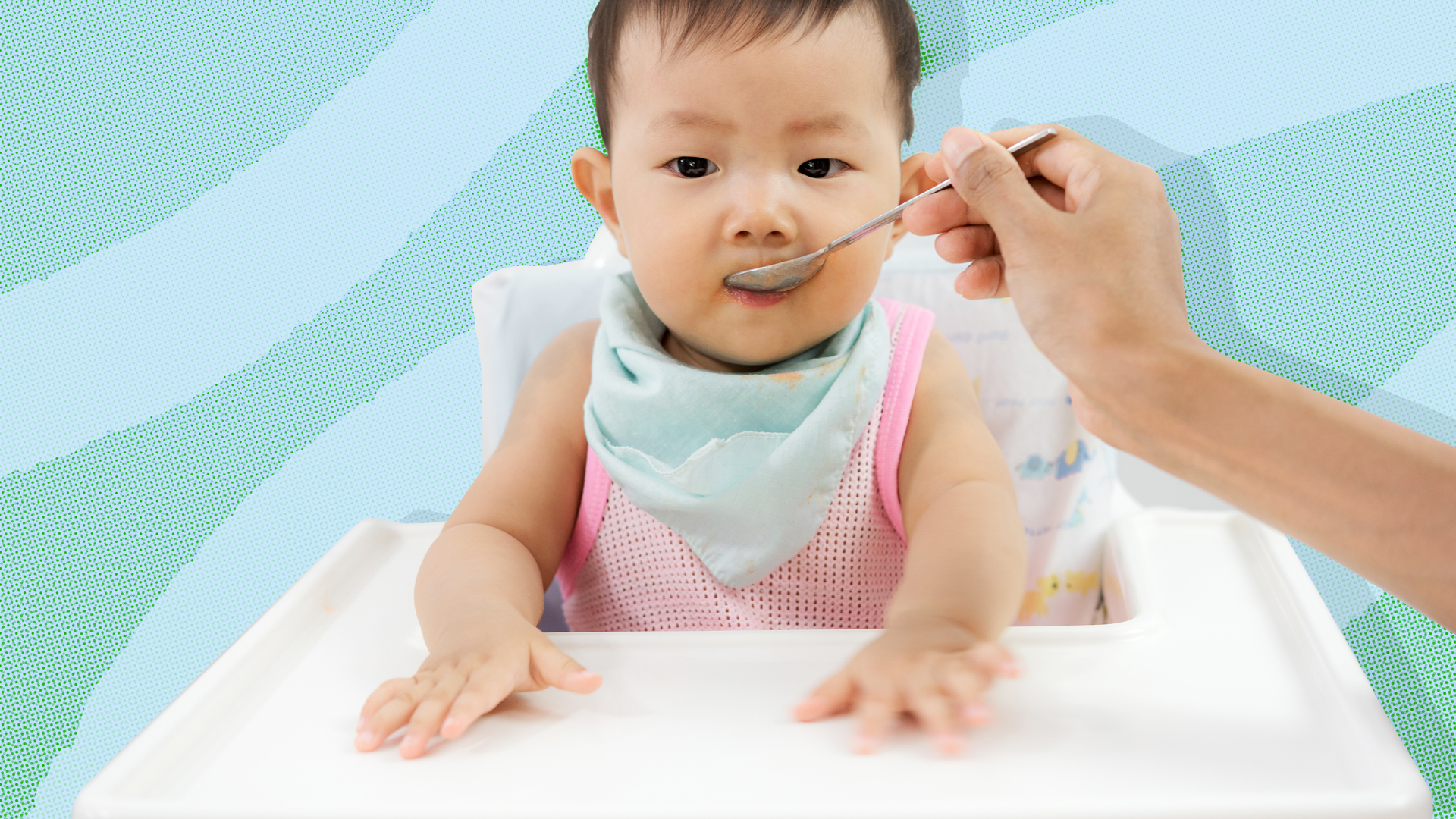 Watch for signs of readiness

Babies develop at their own rates, and there’s no need to rush them, Dr. Kim Schneider, a pediatrician at Riley Hospital for Children at Indiana University Health, tells SheKnows. Instead, she says babies will demonstrate a couple of vital signs to let you know, the first of which is that they’ve doubled their birth weights. “By that point, they’ve usually grown enough that they can take in a little extra solid food to maintain their weight gain, as they start needing more nutrition,” she says. Schneider adds that another critical indicator is that they can hold their heads up by themselves if they’re propped or seated in a high chair.

Perhaps one of the cutest signs that a baby is ready to chow down is her interest in what you’re eating. “Babies at that age are going to be watching their parents pretty consistently in everything that they do, but they are going to be especially interested in food… they’ll actually move their heads towards the food source,” Williamson says.

Of course, these signs don’t guarantee readiness. Schneider says parents should watch to see what babies do after you’ve fed them a small spoonful. If they push it out the first few times, don’t be discouraged, as that’s a natural reflex. “That has to go away over time, and they have to learn how to pull [food] off of the spoon,” she says. “But if they’re still consistently pushing it out, you might want to try again in a couple of weeks until they get the hang of pulling it in.”

Which brings us to another point: don’t force your baby to eat. Doing so could cause them to have an “oral aversion where they start refusing because it’s something that they control,” Schneider says. It’s more than okay to take a break and try again in a week. If the pattern continues, consult with your pediatrician. 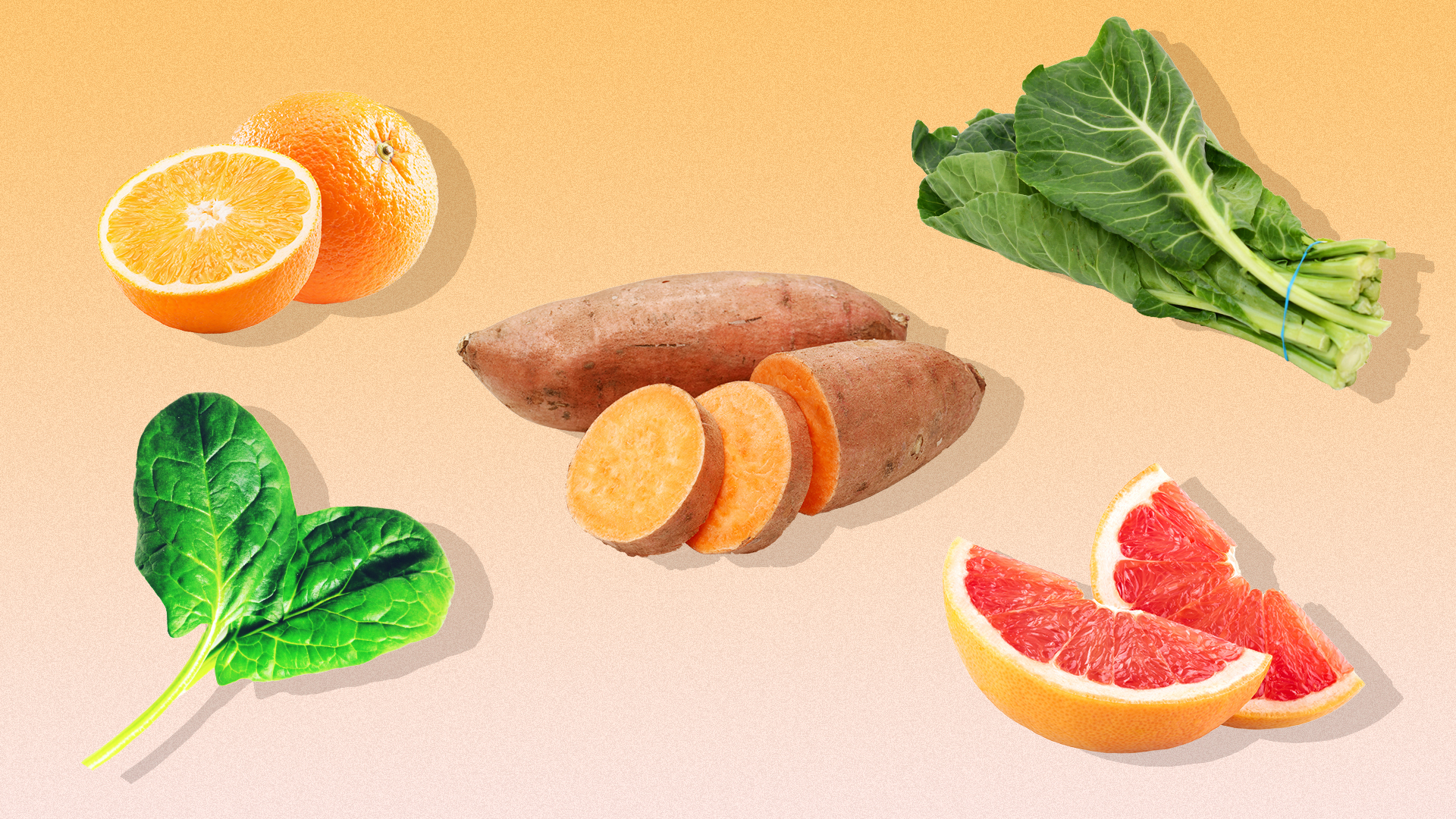 Open wide and say ahh! When it comes to feeding your growing baby, there are two main camps: spoon-feeding purées or baby-led weaning. Purées have long been a favorite for parents because they’re relatively simple to make and store, and they’re easy for babies to digest. You can steam a variety of fruits, vegetables, and even proteins, toss ’em in the blender, and voilà! You’ve got yourself a small meal.

But in recent years, baby-led weaning, in which parents forgo spoons altogether in favor of easy-to-eat finger foods, has become a popular option. Whereas puréed meals help babies get accustomed to eating off of a spoon, baby-led weaning makes the experience more interactive. “I like the concept of baby-led weaning because I think, in general, it has that concept in mind that your baby is taking an active role in feeding themselves,” Williamson says. “They’re touching the food, they’re having a relationship with the food. Their brain knows that their hand is touching the food, can feel that texture. I love that.”

But which is best for you?

The excellent news, Williamson and Schneider say, is that both options are great. “This is a philosophy I adhere to with food whether they’re babies or toddlers or older: Follow the baby’s cue,” Williamson says. “If the baby doesn’t like purées, go for the chunky. If the baby doesn’t like the chunky, go for the purée.” Every baby is different, she adds, and there’s no one-size-fits-all option. Heck, it’s fine to mix it up and sometimes purée while offering chunky finger foods other times.

That said, there are some things to be cautious of if you’re going to go the baby-led weaning route. First and foremost, you must ensure that all of the food is easy for babies to gum to avoid choking hazards, Schneider says. So, don’t start with whole grapes, large chunks of cheese, hard veggies, or things like hot dogs. She also says, “a good time to try [baby-led weaning] is when they’re sitting up by themselves and starting to bring their hands and putting things in their mouths… That’s usually somewhere between seven and nine months.”

Next: Which foods to start with

A version of this article was originally published in March 2014.