On Wednesday April 10, Tasmania’s Lower House passed laws making it easier for same sex couples to adopt. Two weeks prior, Prime Minister Julia Gillard delivered a national apology to victims of forced adoption practices that were in place in Australia from the late 1950s to the 1970s. No matter what side of the fence you are on, adoption is a lengthy and emotionally charged process – are you ready for it? 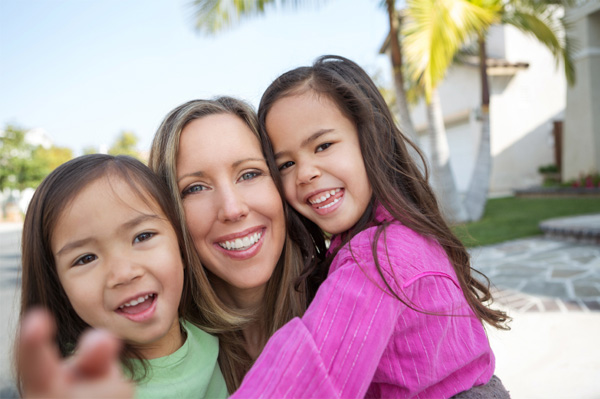 Are you ready to consider adoption?

On Wednesday April 10, Tasmania’s Lower House passed laws making it easier for same sex couples to adopt. Two weeks prior, Prime Minister Julia Gillard delivered a national apology to victims of forced adoption practices that were in place in Australia from the late 1950s to the 1970s. No matter what side of the fence you are on, adoption is a lengthy and emotionally-charged process — are you ready for it?

Adoption is an emotional issue for many Australians, both for those who have been adopted as children and for those who have become adoptive parents. Often, couples turn to adoption after a long battle with infertility in the hopes of finally realising their dreams for a family. Some come after they have had one child and some adopt later in life after fostering for a number of years.

No matter how you arrive at adoption, you probably have a number of questions about the process and whether adoption is for you. Adoption in Australia can be a lengthy, costly and highly emotional process, but the good news is that, despite the challenges you might face, there is a large and highly supportive network of adoptive parents, advocates and support workers out there to guide you.

According to Adoption Australia, adopting a child is, out of necessity, an involved process and there are some factors that will exclude you from being an adoptive parent.

Criminal convictions are problematic and, naturally, any convictions relating to children will invariably prohibit you from being able to adopt a child.

You will also need to be under 50 years of age at the time of adoption, remembering that the adoption process can take a number of years to navigate.

How long does it take?

There is no simple answer to this question as some couples may wait up to 10 years for a child, while others start their family in fewer than three.

A number of different factors affect the time it takes to finalise an adoption, including what type of adoption you are looking for, what state or territory you live in and how quickly you are able to complete the requisite paperwork and training. Then, of course, you will need to wait until an appropriate match with a child can be made.

Could you be a foster parent? Here’s what you need to know about raising someone else’s child >>

In-country adoptions can take as little as a year, while intercountry adoptions will take significantly longer due to long waiting lists, frequent holds placed on programs and the difficult nature of negotiating with two separate governments.

What types of adoption are available in Australia?

According to Dr. Daryl Higgins, the Deputy Director (Research) at the Australian Institute of Family Studies, there are three types of adoption currently available in Australia.

“Local adoptions are those of children born or permanently residing in Australia but who generally have had no previous contact or relationship with their adoptive parents. In 2010–11 local adoptions represented 12 per cent of all adoptions,” says Dr. Higgins.

“Known child adoptions are of children who have a pre-existing relationship with the adoptive parents who may be step-parents, other relatives or carers. Known adoptions represent 32 per cent of all adoptions,” says Dr. Higgins.

Despite the large growth in the number of Australian children in out-of-home care over the last two decades, adoption of these children is rare. This is because there is a strong push for them to be restored to or maintain active contact with their parents, explains Dr. Higgins.

Where can I find out more?

Each state in Australia has a different adoption process run by a number of diverse organisations. Your best bet is to take to Google and start talking to an organisation you feel is a good fit and which has the ability to guide you through the adoption process with your local authorities.

Some organisations will charge more than others for a variety of different reasons, with intercountry adoptions being more costly than local ones. Bear this in mind when choosing the right organisation for you and your family. A good starting point is Adoption Australia who can provide you with detailed information for your state for as little as $214.