These days, more and more celebrities are defying the biological clock and falling pregnant in their 40s. 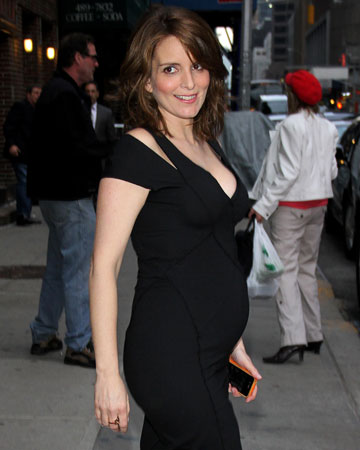 In fact, these leading ladies are making middle-aged motherhood trendy. Some had it easy and others struggled, but here’s a roundup of celebrity mums who are 40-plus, fertile and fabulous!

Do you need another reason to love Tina Fey? We’ll give you one. The 30 Rock actress delivered her second child, Penelope, at 41 and in typical Fey fashion, was refreshingly honest about her decision. In her book, Bossypants, Fey says: “Science shows that fertility and movie offers drop off steeply for women after 40.” She then ranted: “What’s so great about work anyway? Work won’t visit you when you’re old. Work won’t drive you to get a mammogram and take you out after for soup. Hollywood be damned!” You go, girl.

We have a feeling age is never going to slow this fit-as-a-fiddle singer down. Madonna went from material girl to mother with the birth of her first daughter, Lourdes, at the age of 38. Her son Rocco was born just before her 42nd birthday during her rollercoaster relationship with then-husband, Guy Ritchie.

At 42, singing superstar Celine Dion announced that she was expecting twins after a year of gruelling IVF treatments. Dion was determined to give her 11-year-old son Rene-Charles a sibling, but knew that she needed a little help in the fertility department. As if this story wasn’t inspiring enough, Dion’s husband was 68 at the time! 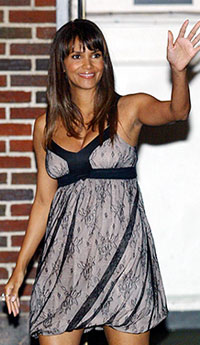 With her wrinkle-free face, smooth skin and toned body, Halle Berry seems to have missed the memo about ageing. Her biological clock clearly agrees that age is just a number: The Oscar-winning actress gave birth to her only daughter, Nahla, when she was 41 years old. The only downer about the birth was the bitter custody dispute that followed with Berry’s ex-boyfriend, Gabriel Aubrey. 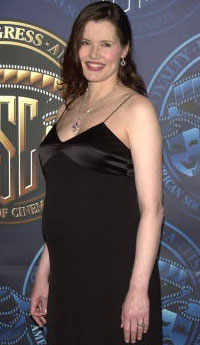 Some people say life begins at 40 and Geena Davis seems to agree. The Thelma and Louise star was 45 when she gave birth to her daughter Alizeh and 47 when she popped out twins, Kian and Kaiis. We think her cougar status is the secret behind her energy (and fertility): Her husband is 14 years her junior. 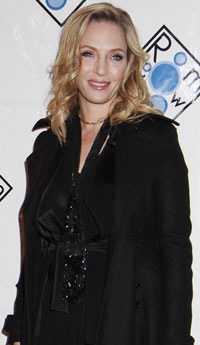 This leading lady fell pregnant with her third child at 41. Though she already had two children with ex-husband Ethan Hawke, she had a decade-long break before falling pregnant again, this time with boyfriend Arpad Busson.

Check out the best and worst celebrity baby names of 2012 >>

She may be a diva, but at least Mariah Carey was honest about the struggles she had during her pregnancy. Carey gave birth to her twins Moroccan and Monroe when she was 42, but it wasn’t a smooth ride. She had suffered a miscarriage three years earlier and then turned to acupuncture and hormone treatments to boost her fertility. She said she was “uncomfortable” throughout her pregnancy and that it took a “long time” to get her pre-baby body back.

Academy Award-winning actress Nicole Kidman had a rollercoaster ride with fertility. After adopting her children Isabella and Connor with Tom Cruise, Kidman desperately wanted children with her new hubby Keith Urban — but she just couldn’t get pregnant. After years of trying, Kidman gave birth to her first biological child, Sunday Rose, at the age of 40. She then used a surrogate to welcome another daughter, Faith, two years later.

When this redhead puts her mind to something, she usually succeeds — and conceiving after 40 was no exception. Julianne Moore gave birth to her daughter Liv at 42. In an interview, the actress said she knew she always wanted to have children later on in life. Her first child, son Cal, was born when she was 37.

This gorgeous starlet defied the odds and conceived at a time when her family was in desperate need of a burst of happiness. After losing her teenage son Jett, Preston — who is married to John Travolta — fell pregnant at the age of 48 after trying for three years. Afterwards, she said her son Benjamin was nothing short of a miracle.