From that first pee test to the big arrival, pregnancy can hold many special moments. 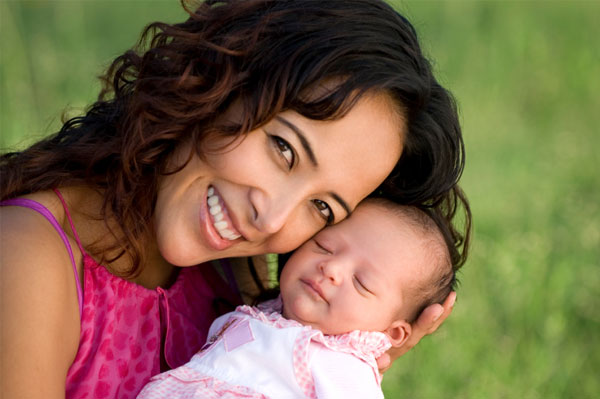 From that first pee test to the big arrival, pregnancy can hold many special moments. We wanted to know what real mums thought the best moments were in their pregnancies.

Some women are just ready to have babies and embrace all that comes with it, while others are a little more apprehensive and blown away by changes and moments that come with a growing bump.

Related story How to Answer Just About Every Sex Question Your Child Could Ever Ask, According to Experts

Whichever one it is, pregnancy can be the most special time in a woman’s life or a couple’s relationship. Here, real mums share those “oh wow” moments that had them laughing in disbelief or crying with emotion.

Learning that you’re pregnant is a funny thing. Some women “just know” while others are so busy or have erratic cycles so conception is a surprise.

Clair, 30, from Brisbane is currently pregnant with her first baby and said finding out at home was her favourite moment of her pregnancy so far.

“I had been tracking my cycle and could see that my temperature had stayed high for nearly two weeks post-ovulation, so I really had an inkling that this could be it. My husband wasn’t so sure so I took a home test and let him watch for the two lines,” she told us.

“Sure enough the lines came up and we just looked at each other giggling nervously. Despite having a strong suspicion, I still had to sit down thinking ‘Wow, we actually did it’ after nearly two years of trying.”

One trimester at a time: What to expect during pregnancy >>

Meanwhile, Sydney-sider Claudia, 29, had a very erratic cycle and was blown away to learn she was pregnant.

“Even though I saw those two pink lines, I thought it might have been a mistake — so much so that we didn’t tell anyone (not even my mum!) because I wanted confirmation. So, we went for a dating scan and there she was — just a tiny little blob on the screen as I was only eight weeks along. I had tears streaming down my face and felt like a huge weight had been lifted.”

“I had been feeling little movements every now and then but wasn’t sure if it was actually the baby, or just my stomach rumbling. Then, one night when I was about 4.5 months I was reading a magazine in the bath and had my hand resting on my tummy. The baby kicked quite hard and my hand moved, jolting my magazine. I was in shock! At that moment it was suddenly ‘real’. I wasn’t just pregnant, but I was actually having a baby!”

More tips: What to eat and avoid during pregnancy >>

For some women they just can’t click with pregnancy, yet there aren’t too many mums who dispute the fact that giving birth is the most amazing feeling of all.

Kate, mother of two, told SheKnows Australia, “After an exhausting three hours of second stage labour my baby finally emerged and was lifted straight on to my tummy. I distinctly remember him making a big indent where my pregnancy belly had been. It wasn’t until about five minutes later that we even thought to look and see if he was a boy or a girl. It was just such a surreal and amazing moment to be in.”