Instead of looking at your family tree for inspiration, why not consider a little Hollywood glamour when naming your baby? 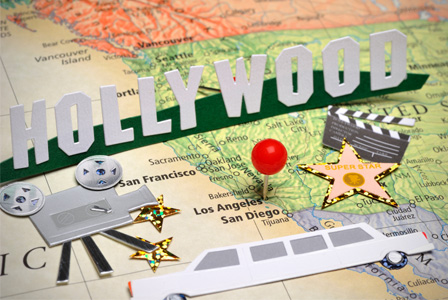 Naming your baby can be one of the biggest decisions you make, but it doesn’t mean that it has to be a rigid, formal process.

Inspiration is everywhere, ranging from nature to history. One idea, however, could be picking a name from Hollywood’s biggest day — the Oscars!

If you’re the supersitious type, using an Oscars-inspired name could mean bright lights and fame are in your little one’s future.

If traditional is more your style, see our great classic baby names >>

Many great movies have been bestowed the title of their main character or have had very strong, memorable lead roles. Why not consider these recognisible monikers?

Lincoln — although traditional, the movie of the same name has been nominated for the Oscar’s Best Picture award this year. Of course it has presidential roots, but it is also a good, proper English name. We think Lincoln will see popularity again this year.

Hugo — this name comes from the heartwarming movie Hugo about eternal optimism and that’s an attitude you’d love your kid to have. The movie was nominated for Best Picture last year.

Maya — this year’s hot flick, Zero Dark Thirty, has recieved a nomination for Best Actress for Jessica Chastain. Her lead character, Maya, is a strong, bold and determined CIA operative.

Leticia — who could forget Halle Berry’s turn as Leticia in Monster’s Ball? It was the very movie that made her the first African-American woman to win an Academy Award for Best Actress. Leticia means “joy” but we also think Halle is quite beautiful.

Forrest/Forest — this name has been rather lucky, as the moniker of award-winning movie, Forrest Gump, but also for Forest Whitaker — he won an Oscar for his role as Ugandan dictator Idi Amin in the flick The Last King of Scotland.

Joaquin — yes, we know and love Joaquin Phoenix and we’re hoping the Academy does, too. This year he is up for a Best Actor Oscar after a great performance in The Master. The Hebrew meaning (but spelt Joachim) is “established by God”.

Naomi — with a recent trend for girls’ names ending with a vowel, we think Naomi is a lovely pick. This year, Aussie actress Naomi Watts is up for a gong in the Lead Actress category.

Emmanuelle — a lovely name that can be shortened to Emma or Elle, it’s also the name of another 2013 Lead Actress nominee, Emmanuelle Riva. She played 80-year-old Anne Laurent in Amour (released last year).

You’re pregnant. Now what?
What you really need for a new baby
How to create a birth plan