Let your Chinese New Year start with a big celebration of dancing lions and good fortune. 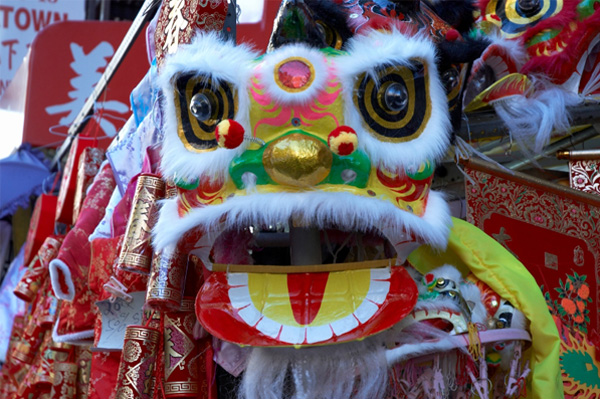 Expect to see lots of firecrackers, lions and splashes of red this February as Asian communities welcome in the (Lunar) Chinese New Year.

Starting from early February, many local city councils and cultural groups will be hosting some of the biggest and most colourful New Year celebrations.

Check out the guide below and help ring in the Year of the Snake.

If you think Dec. 31 is the best time of year to celebrate in the harbour city, you might be wrong. Sydney is only just warming up to its spectacular Chinese New Year Festival.

The Sydney City Council has created a jam-packed festival guide starting on Feb. 8 with the Festival Launch in Belmore Park, through to Feb. 24. Everyone can join in special banquets at Haymarket’s China Town, art exhibitions, children’s storytelling and the magical twilight parade on Feb. 16 through the CBD.

Lord Mayor Clover Moore says this year’s celebrations will be putting them on the map.

“This year a delegation from Shenzhen, one of China’s major economic centres located in Guangdong Province, will join us in our celebrations. They’ll be bringing their unique culture to our festival and we look forward to welcoming them to Sydney.”

Locals will not be spoilt for choice this Chinese New Year with several celebrations planned across the Victorian captial city.

Various events are planned in many areas including Richmond, Springvale, Box Hill and Glen Waverly.

If, however, you’re keen to see the big colourful parade be sure to head to Little Bourke Street on Sunday Feb. 10 from 12:30 p.m.

Big plans are instore for Brisbane’s Chinatown Mall in Fortitude Valley this year. Starting in the evening of Feb. 8, locals will revel in traditional celebrations such as the Chinese Lion Dance, firecrackers, martial arts, a puppet show and a New Year Dance just to name a few.

The city of churches is ready to welcome in the Chinese New Year with a dynamic event planned including an array of dancing, martial arts and dancing lions.

Moonta Street in the CBD will come alive on Feb. 10.

Northbridge in Perth is going to come alive on Feb. 10 from 11 a.m. with a Chinese New Year Fair.

With a focus on family, the fair will have a fun zone with water-themed rides, a multicultural concert, street performers and tasty food stalls. Firecrackers and the traditional lion dance will occur at twilight.