While it’s obvious that plonking your tot in front of the television for hours is not the most responsible parenting choice, research also shows that letting your toddler catch the odd episode of Dora the Explorer isn’t going to stunt their growth either. 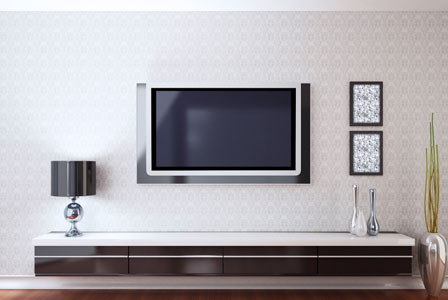 In fact, it could be good for their learning and development…

Are you concerned about whether or not you should let your toddler watch TV? It’s a question that many parents fret about, concerned that they may be causing their child irreparable harm by popping on a cartoon DVD or tuning in to Play School each morning.

Here’s the thing: TV and other electronic media such as laptops, iPads and smartphones can get in the way of your child exploring, playing and interacting with others. This is why experts often recommend that you avoid exposing kids under two years of age to any television at all.

In reality, this is generally not a realistic recommendation — unless you live in a household without a television set or any form of screen media.

And the truth is, allowing your child to watch a little bit of television here and there — even every day! — is not going to have a detrimental impact on their ability to learn, think and grow.

It’s all about using your common sense. Experts suggest that you should aim to limit your child’s exposure to television so that it’s available to them as a “treat” or at specific times, such as just after breakfast. And when you do allow them to watch television, select programs that encourage learning and interaction, such as:

It’s more than likely that you watched Play School when you were a tiny tot — this iconic Australian program has been on the air for more than 40 years. This show is ideal viewing for younger kids and older children alike, as the little ones enjoy the simple songs and games and older audiences can play along with the fun activities and step-by-step craft creations.

Full of joy and celebration, this music-themed program encourages your kids to get up and dance! With brightly coloured sets and an upbeat soundtrack, Hi-5 features dozens of kids alongside the five main stars to demonstrate the moves to your little one. It makes for active viewing as your kids will love singing and dancing along to the repetitive on-screen chants.

In every episode, our pint-sized heroine goes on an adventure that conveniently gives her an opportunity to reinforce principles around sharing, asking for help, meeting new friends and safety awareness (“Let’s wear out seatbelt, so we can be safe!”). Plus, she routinely speaks in Spanish, allowing you and your toddler to pick up the odd foreign word. What’s not to love?!

In the Night Garden

Australian children’s TV producer Helen Martin has listed this program on her list of top picks for kids, citing its “wonderful storytelling”. This show is aimed at slightly older kids — think three years plus — as it reflects a small child’s world of safety, play and magic.

Help! My toddler won’t eat… anything!
Best books for your toddler
How to raise a healthy, active toddler

Prince William Wants Some Credit for Being an Involved Dad