In today’s global society it has become increasingly important to have a command of more than one language. Why not give your child a head start and get them learning from day one? 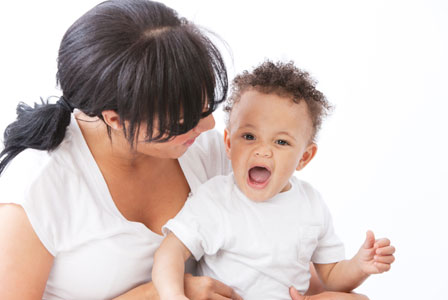 Until recently it was thought that bilingualism slowed down a child’s development, causing them to be confused and talk later than their monolingual counterparts. This evidence was dismissed not long ago, and yet a focus on bilingualism in our children in Australia remains a rarity.

The truth is that, along with countries such as the United States and the United Kingdom, we’re in danger of getting left behind in what is an increasingly bilingual world. Monolingualism is the exception, not the rule. Did you know, for example, that there are more Norwegians who speak English than there are Canadians?

Raising a bilingual baby can be tough, however. There are many challenges to face, but the benefits are abundant. Not only will your child speak two languages, but research shows that children raised bilingual also learn to solve logic problems and multitask more effectively.

So how do you achieve the bilingual dream? Here are some tips to help.

First and foremost, you have to settle on the idea. One partner can often be reluctant to raise a child who could potentially speak a language they don’t understand and they could fear a “secret language” between the other parent and the child.

This is all about understanding and compromise. Decide upon a language for family discussion and stick to it, impressing upon your child the importance of speaking the language of the room.

Many parents start to worry that their child seems to be developing later and there is a wealth of research that supports this. The truth is that raising a bilingual child is a long-term commitment, and as with any such commitment there are ups and downs.

Split your languages and stick at it

The best way to help a baby learn to talk is to talk with him or her, and it’s no different with bilingual babies.

Research suggests that a child needs to hear a language 30 per cent of the time they’re awake in order to pick it up. The best way to deal with this is to agree on who speaks what language in the house and sticking to it, keeping in mind the rules about the “language of the room” (decide upon the general language spoken, too). So if you speak the foreign tongue, maintain this language with the child unless the whole family is together.

If you don’t speak another language, get an au pair

Sometimes you want your child to speak a second language but are stumped by the fact that your partner and you only speak English.

This can be quickly and easily overcome with an au pair. Impress upon the au pair that it’s of utmost importance that they speak with the child in their native tongue, and be sure in yourself that you want to make the commitment. Chances are that you’ll need your child to have constant access to the language over a long period of time for it to work, so you’ll most likely be employing a string of different au pairs.

When your child gets a bit older they might feel a bit of an outsider when they enter school and only they speak a foreign language. That’s why it’s important that from early on you should find friends who speak your desired language. It’s not only the child who will benefit, either. You’ll be buoyed by a supporting community of people who not only understand what you’re going through, but can offer you advice and tips, too.

You might feel a little silly talking to your increasingly round belly, but research has repeatedly shown that children exposed to speech while still in the womb develop language skills more easily. Moreover, if you speak in both languages, they’ll begin to recognise rhythmic differences in language and it will help them a great deal later on.

Plus, everyone’s belly needs a little bilingual soothing once in a while, right?