In an ideal world, our kids would eat fresh fruit and vegetables at every meal — but it’s inevitable that the odd sugary treat of fatty fry will sneak into their diet! However, there are certain no-nos that nutrition experts warn we should avoid at all costs. 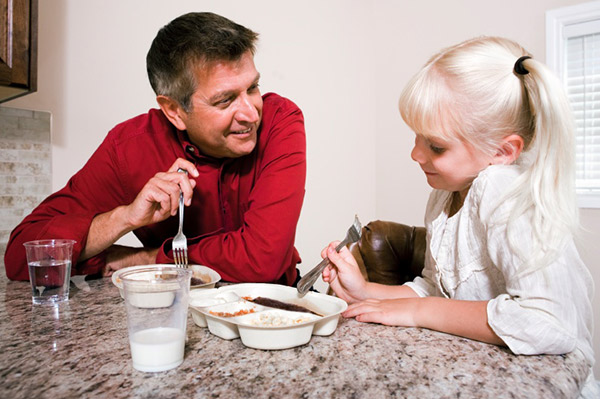 Working out what to feed your kids can be a constant struggle, especially when your little ones are fussy about what they eat.

Nutritionist and chef Zoe Bingley-Pullin, founder of Nutritional Edge, says there is so much (often conflicting!) advice out there that parents are routinely overwhelmed with information to do with pediatric nutrition.

“Sometimes you just want to cut through all of the mumbo-jumbo and know what not to feed your family,” she says.

“So in a very fun experiment, I asked 20 well-respected, experienced, pediatric nutrition experts what foods they refuse to provide to their own children. The children range from 18 months to 20 years old.”

What are the top 10 foods that nutrition experts won’t bring into their home?

“This was the overwhelming number one item on everyone’s list and it includes soda, juice drinks, iced tea, lemonade and powdered drink mixes,” Bingley-Pullin says. “These beverages provide no nutrition benefit and are the number one source of excess calories in adolescent diets.”

Ready-to-eat meals such as TV dinners and pre-packaged lunches are banned due to high sodium content, high fat and minimal nutrition value, as these foods are typically lacking in vitamins, minerals and wholegrains.

These are not as popular in Australia as they are in the United States, but packaged breakfast pastries are slowly gaining popularity. “Whether you toasted them or ate them from the wrapper, these items ranked high on the list due to large amounts of sugar and minimal fibre,” Bingley-Pullin explains.

Swap for: alternate convenience items like muesli bars made with wholegrain oats, fruits and nuts.

“One dietitian who wrote this on her list said, ‘If I gave my kids the options of rainbow-coloured cereals with marshmallows and sprinkles, or a brown wholegrain cereal, guess which one they’d pick every time? That’s why they don’t get the choice.’ I couldn’t agree more,” she says. “Another option is to make sugary cereals a dessert option only, and make sure it’s served in a small bowl.”

Swap for: wholegrain cereals such as Weetbix or oats.

Similar to pre-packaged meals, these tins usually have a long shelf life and low nutritional value. “Refined white flour pasta mixed with tomatoes, preservatives and canned meats? There’s not much good I can say about this,” Bingley-Pullin says.

Swap for: making your own spaghetti and meatballs, with some mixed in vegetables, and freeze in single-serving containers for easy reheating.

This ranked as an absolute no-no for the experts, although they were considered “more acceptable, as long as they were packaged in water or juice instead of syrup,” Bingley-Pullen clarifies.

Think steak in a can or packaged “meat” such as spam and you know what the nutritionists are referring to. “These highly-processed cans were typically too high in fat and sodium for anyone to serve in their own home,” she says.

Whether they’re puffed, fried or kettle cooked, chips are unacceptable due to “the empty calories and ease of overeating”, Bingley-Pullin explains. “I will admit that the group was realistic about the fact that this was an inevitable item to avoid at many parties.”

Swap for: crackers with cheese.

“The parents of younger kids were concerned with this item being a big-time choking hazard,” she says, “While parents of older children had it on their list due to high fat and sodium contents. For both reasons combined, it stayed out of most homes.”

Swap for: high-protein meats such as chicken and steak.

Store-bought cookies, cupcakes and other baked goods made the list as they generally contained trans-fats and were loaded with sugar. “Baking treats with your kids is the better alternative, so you know what ingredients are in the product, and you can teach them some classic family recipes,” Bingley-Pullin says.

Help! My toddler won’t eat… Anything!
How to prevent childhood obesity
Ensuring proper nutrition for your toddler