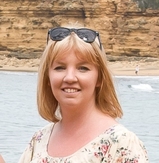 For most children, growing up with a belief in Santa is normal, however, for some families it’s not a fantasy they indulge in. It’s time to take a look at different parents’ opinions on the Santa lie. 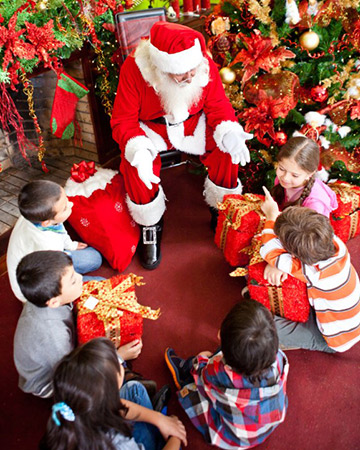 Before we’re parents, it’s impossible to grasp the intense nature of the decisions that will wreak havoc in our world while raising children. One such decision is whether to engage in age-old traditions such as belief in Santa. Should you lie to your children? Is it okay if it’s tradition?

In a world that sometimes seems to be losing its innocence and magic, many parents are harnessing the power of imagination and fantasy to help their children retain childhood fantasies as long as possible. Yet there’s also a group of parents who are turning away from the magic of Santa and giving their children a Christmas magic of a new kind. So do you indulge in the Santa lie?

For many parents the Santa lie is something that they enjoy carrying across from their own childhood.

Leah says, “I remember with great joy and excitement the magic of Santa. There is such a short period in our lives that has so much hope, mystery, excitement and magic. I feel it is sad when that is taken away. Being an adult is tedious and boring compared to childhood. Let our children enjoy it while they can I say.”

Parents Karen, Greg, Marion and Misty agree, with Anthony adding that it’s a “good” lie, “There’s nothing wrong with keeping a bit of magic about Christmas (especially in today’s world of political correctness) and it gives the kids something to look forward to. I enjoyed it as a kid. I didn’t suffer any lack of trust from my parents.”

Don’t lie to them

It must be acknowledged that this love of Santa doesn’t extend to all parents. In fact, several that we spoke to didn’t indulge in the Santa lie at all for a range of reasons. Some were religious, some were due to other personal beliefs or circumstances. For Tammy, “We don’t do Santa , Easter Bunny or Tooth Fairy. It’s all in the make-believe things , fun stories category. With children on the autism spectrum it’s just easier. And trust me , my children are still just as excited as the next about Santa coming to see us.”

Natalie also opted against sharing Santa with her children. “We have told the kids that Santa isn’t real. They know that Santa is like the characters from TV shows or fairytales. He is made up. We don’t do stockings at Christmas or gifts from Santa. We are Christians and our emphasis at Christmas time is celebrating the real meaning of Christmas as we believe it.

“However, we also tell our kids that other parents tell their kids that Santa exists and you MUST not tell them that it’s not real. We must not upset the children and we must respect what their parents are telling them.”

Don’t spoil it for other children

It’s an important addition that parents who choose not to indulge their children with the myth of Santa maintain the excitement of other children by ensuring their children remain respectful of other people’s beliefs and choices.

Anna M Campbell, author of Honeycomb Kids, offers insight in her book about keeping the spirit of Christmas alive without lying through your teeth that the Santa in the shopping centre is real.

“I suppose the best gift we can give our children is to awaken in them a love for the magic that surrounds us. By being able to enjoy the magic of the everyday, their lives will be a lot more content than if they were being encouraged to believe in the magic of fantasy. There is magic all around. How else can you explain the colours of the rainbow, the beauty of a butterfly, the sound of a waterfall, the taste of fresh honey, the sky at sunset, and the cool breath of dawn? A child who can take pleasure in the little things doesn’t need made-up, grown-up lies and commercialism to live a happy life,” she says.

It seems that no matter which way parents choose to go, they all have one thing in common: They have the interests of their children, and their families at heart.

Do you believe in the Santa myth? Leave a comment below!