If you’re ready to start trying to conceive, don’t leave it to chance. It doesn’t hurt to take control and learn a little bit of the science behind conception. SheKnows debunks the myths and explains when your best chances are of getting pregnant.

Related story How Soon After Sex Can You Tell If You're Pregnant?
Trying to conceive 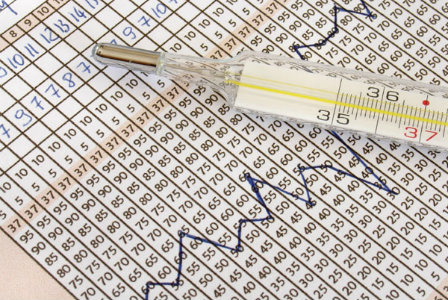 Some couples seem to conceive as soon as they have decided to have a baby. Others conceive after weeks, months and sometimes years of trying. Every couple’s experience is different because there are so many factors that come into play, and timing is just one of them. While you may not be able to control many of the things that lead to conception, knowing when you can get pregnant and planning your “tries” around that is something you can actively do.

The facts about ovulation

To fall pregnant, you need to have sex in the two or three days before you ovulate. Sounds simple enough, but many women don’t give a second thought to the ovulation part of their menstrual cycle until they’re planning to be a mum. A common myth is that every woman ovulates on day 14 of their cycle (with day one being the day you get your period). Before you go off planning your sex schedule, wait up – while it may be a handy guide, it isn’t the be-all-or-end-all because some women don’t actually ovulate on that day. In fact, ovulation can occur as early as day 10 and as late as day 20, and sometimes even later if you’ve always been irregular.

How to predict ovulation

The good news is, there are some ways to predict when you’ll ovulate, and it really just comes down to getting to know your body.

Why you shouldn’t always wait for ovulation

If you track your cycle and plan sex around ovulation, you will probably get pregnant quicker than women who don’t. However, the pressure of only having sex on particular days may take a huge toll on your relationship. Also, if you aim to time sex only for ovulation, you might just miss your opportunity. The ovulation signs could never come, or they could arrive at a time when sex just isn’t possible. When it comes to getting pregnant, it takes two to tango, and women need to think about their man’s fertility too. Take note that abstinence reduces the quality and quantity of a man’s sperm. If you’ve waited to have sex until ovulation, it may be pointless because while you might be at your most fertile, your partner may not be. The golden rule? Have sex as much as possible, and even more when you’re ovulating. And more importantly, don’t make the sex all about the science, because really, where’s the fun in that?