Back in the day, it wasn’t even a question in some households: if a child misbehaved, he got smacked by his mum or dad. The idea was that a bit of physical pain could be enough to stop a child from acting out repeatedly both in private and public. But today, things have turned around big times. Is it ever ok to spank your kids? SheKnows debates the old question: To smack or not? 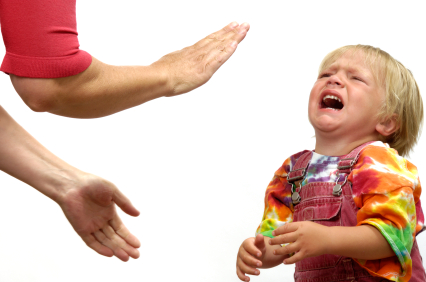 But that’s all changed. Over the years, more and more parents and organisations with a stake in family matters have charged that taking your hand to your child can actually be detrimental to her physical and mental well-being. Read on to see what side of the fence you’re on.

The case against smacking

As a focus on child abuse has grown over the years, many parents may simply be afraid to physically discipline their children. In the state of Victoria, for instance, smacking is allowed, but parents can be reported to authorities for abuse. And Canberra in 2007 launched a $2.5 million tax-payer funded campaign to get parents to stop smacking their kids.

In an article in the Herald Sun, Australian Childhood Foundation CEO Dr Joe Tucci said research on smacking has shown it really isn’t effective as a discipline tool. Family psychologist Dr Janet Hall adds that smacking probably won’t work long-term, but may be useful if that child does something extreme to warrant it, particularly when they put their safety at risk.

Pinky McKay, International Board-Certified Lactation Consultant, parenting editor, author, infant massage instructor and mum of five, says she had smacked her kids on occasion, but didn’t feel it should be the first or only “tool” in the parenting toolbox.

She also doesn’t believe that just because a parent was smacked as a child that they should physically punish their own offspring.

“… we can ask ourselves, what have we learnt and absorbed as we grew up, from our own parents and our culture? What would be useful to keep and use and what will we discard? This will vary for each of us but by being conscious of our parenting choices, perhaps our own children will not have to experience non-violent parenting as a second language.”

Louise Porter in an article entitled Young children’s behaviour printed in a 2008 issues of Elsevier, says smacking after about age 6 can produce negative behavioural, developmental and emotional effects. They include “increased aggression and escalating defiance and antisocial acts during childhood and adolescence and into adulthood” in addition to impairments in social skills like problem solving and more risk of being disliked by peers.

Next: the case for smacking >>