The traditional roles of mum raising the kids and dad going off to work is starting to evolve, with more and more Australian dads deciding to stay-at-home with the kids. Surprisingly, the primary reason for this switch isn’t always economic. 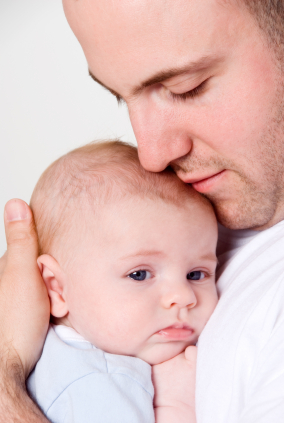 The Australian Bureau of Statistics reports that the country currently has about 12,000 dads who stay at home, an increase of almost 36 per cent over the past two years.

Over in the United States, you can easily find a stay-at-home dad: their numbers rose nearly 60 per cent between 2003 and 2008.

But the US reasons are more clearcut, as the recession has resulted in an inordinate number of men losing their jobs compared to women. As a result, it makes more sense in families where a man’s job has been made redundant for the wife to keep working while the husband stays home to look after the kids and save on childcare costs.

In Australia, it’s a bit of a different situation, as Australia’s economy has remained more stable than other nations’ in the global downturn. So, while one man may become a stay-at-home dad because he lost his job, other men do it for a whole host of reasons.

One is to save on the costs of child care, which can run as high as $125 per day in Australia, before any applicable rebates are applied. One partner staying at home seriously cuts down on this expense. Even if a dad takes his child out for activities, many of them — like playing in the park — are free, and those outings that do cost money are usually not very expensive.

Another reason why there are more dads who stay at home is the fact that women are going after higher positions in the workforce. While the most recent statistics from 2008 show that the number of women in management roles has declined a smidge, and other reports reveal that a 17% pay gap still exists between men’s and women’s salaries in Australia, some women do outearn their spouses.

Those women who take six months maternity leave and make enough money may find it more convenient to ask their husbands to act primary carer. Flexible work arrangements for both mums and dads may also factor in, as some dads may be doing work from home in addition to taking care of the little ones.

Another component is that more men may be taking advantage of the 12 months of unpaid paternity leave they’ve been allowed since 1990. While fewer than one in 10 dads use any paternity leave, that may change after January 2011, when the Labour governmental’s paid parental leave scheme takes effect. The program is planning to offer up to two weeks of paid paternity leave from 2012, with mums able to access the funding from January 1, 2011.

The future of fatherhood

Maybe the overarching, and sometimes understated, issue prompting more Aussie dads to stay at home is their realisation that they play important roles in their kids’ lives.

Australian author and psychologist Steve Biddulph says dads spend a whopping 300 per cent more time with their children today than they did 20 years ago. Spawned by an interest in changing fatherhood roles, the University of Newcastle launched the Australian Fatherhood Research Network in 2008. The network hopes to spark collaborative study into fatherhood and fathering in Australia “by encouraging researchers, academics, managers, practitioners and those developing policy to pay attention to the important role that fathers play in family and community life,” according to the group’s website.

Government agencies are also taking more of an interest in the topic of fatherhood. The NSW government created the Focus on Fathers Scoping Project, which in conjunction with Relationships Australia, developed “The Dad’s Toolkit.” The program features advice for expecting fathers and those with children aged up to age eight.

Stay-at-home dads chat about their lives