Most of our biological clocks will have stopped ticking well before 60 let alone 70, 80 or even 96. Not so for some of the world’s oldest mums and dads, who’ve carried on reproducing well into their twilight years. Britain’s ageing parents are right up there but it’s India that wins this one hands down, as we discovered. 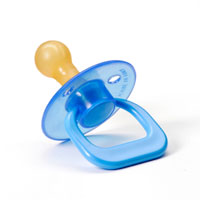 Indian farmer Ramjit Raghav is proud to declare himself the world’s oldest dad — and with a son born when he was  96 years old he’s unlikely to face much competition. Baby Ranjit was the second child for Ramjit and wife Shakuntala, 54, who are also parents to Karamjit, two. “He doesn’t seem old to me,” Shakuntala says. “He can make love like any 25-year-old man, even better because he can go on all night, and he makes a wonderful father.”

Rajo Devi Lohan became the world’s oldest mum when she had her first baby via IVF at the age of 70. Indian Rajo had been married to her husband, Balla, for over 40 years when she finally had daughter Naveen in 2008, after many decades of trying to conceive. Eighteen months later it was revealed that the new mum was “dying,” after failing to properly recover from the caesarean delivery, which led to internal bleeding and a ruptured womb. “I dreamed about having a child all my life,” she said at the time. “It does not matter to me that I am ill, because at least I lived long enough to become a mother.”

Don’t know much about IVF? Get to grips with the basics with our beginner’s guide >>

Elizabeth Adeney was crowned Britain’s oldest mother when she gave birth in 2009, aged 66. Her son, Jolyon, was conceived via IVF in Ukraine where there are no maternal age restrictions. Speaking during her pregnancy, Elizabeth said: “It’s not physical age that is important — it’s how I feel inside. Some days I feel 39. Others, I feel 56.” Before Elizabeth came Patti Farrant, whose son, JJ, was born in 2006 when she was 62. Already a mum to three grown-up children, Patti made second husband John, 60, a first-time dad after using a donor egg to conceive at a Soviet fertility clinic.

Spanish twins, Christian and Pau, were orphaned in 2009 when their mum — the oldest new mother in the world when they were born in 2006 — died of cancer, aged 69. Maria del Carmen Bousada de Lara was 66 when the boys were born, conceived via IVF in the U.S. after she lied about her age to access treatment. Maria’s own mother died at the age of 101 and she had felt confident that she too would live into very old age. It is believed that her nephew — the twins’ godfather who’s in his thirties — and his wife are now bringing up the boys.

5 common parenting mistakes
What is your parenting style?
How to get your kids to eat vegetables

7 hrs ago
by Bonnie Gibbs Vengrow