It is one of the best times of your life, but the birth of your baby can also be very stressful. Many new babies have conditions which can be quite alarming to a new mum, however many are harmless and will disappear with time. Here are the top five conditions which aren’t normally serious, but can worry mums at first, and what to do about them. 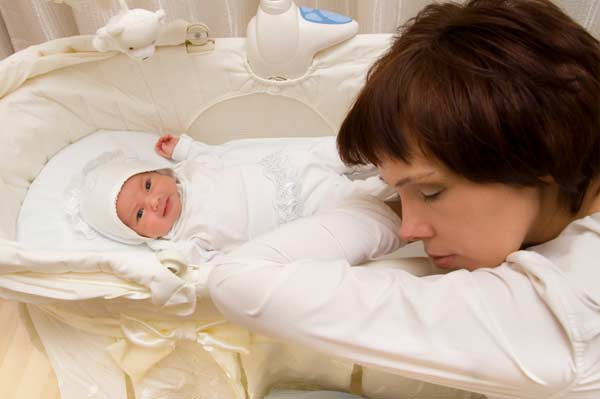 Although jaundice in adults can signify liver disease and other very serious conditions which need to be treated immediately to avoid them becoming life threatening, the condition in children is rarely anything to worry about. It is caused by the liver not working as well as it should be doing and is present in up to 65 per cent of newborn babies. It should disappear on its own after about ten days when the liver starts to filter out toxins more effectively, but it should always be checked out, as occasionally, it can be the sign of something more serious.

Seborrhea is a rash many babies under 6 months suffer with. It is nicknamed cradle cap and usually appears on the scalp, forehead and around the ears. It can also appear as a pimply rash on the face, especially the cheeks, and can look pretty unsightly and even painful. However, chances are your baby isn’t bothered by it at all and the rash will eventually disappear around six months or so. Until then, a small amount of baby oil will help.

In the first few days a newborn will usually lose a bit of weight, sometimes up to 10 per cent of their entire body weight. They will lose fluids they were born with and will also be much more inclined to sleep than eat, contributing to some of the weight loss. This is nothing to worry about and they should start to gain weight after the first five days or so. Babies are born with enough fluid and nutrition to tide them over for the first three to five days.

Many newborn babies have an enlarged breast area which can alarm parents, especially when breasts are the last thing you would expect on a baby. However, there is no need to worry, as they are simply a side effect of hormones they came into contact with in the womb and should disappear within a few weeks.

Many babies have crossed eyes when they first open them and it can concern parents that they have a sight problem. Although some infants do suffer from crossed eyes which need treatment to correct, most babies’ eyes will right themselves within six weeks or so. Babies find it hard to focus in the first few weeks of life and can’t yet control their eye movement. Once they learn, their eyes will stop appearing crossed.

Best gadgets for babies
Ways to calm a crying baby
Is my baby developing normally?

10 hrs ago
by Kim Grundy