Mums-to-be always dread that nauseous feeling which, although coined morning sickness, can in fact happen at any time during the day. It is most common in the first three months of pregnancy and a whopping 75 percent of women suffer from it at some point. There are, however, some popular remedies that are very successful in treating morning sickness. They are always worth a try before you write off the next few months to the bathroom! 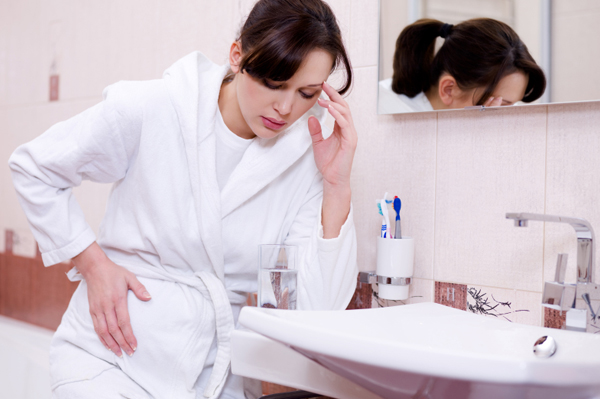 In the early stages of pregnancy, eating too much or too little can trigger sickness. Many mums-to-be find that eating the traditional three meals a day can make them feel ill, just as waiting a long time between eating can. By eating small meals every few hours you are not over-loading your digestive system and not starving it either. You should be able to revert back to your normal eating habits after about four months.

Ginger has been touted as a cure for morning sickness for years and is normally filed under “old wives tales.” However, it should be given more credit than that as it has proved to be very effective in treating pregnancy-related nausea and sickness. As well as calming the stomach, ginger is also good for tummy upsets and hangovers. Ginger tea is the most popular way for women to up their intake of ginger. It can be made by grating fresh ginger into a cup of boiling water. If it tastes too bitter, add sugar to make it more palatable.

Recent research has shown that women who take 25 milligrams of the vitamin B6 every eight hours suffered significantly less morning sickness than those who didn’t. You can buy vitamin B6 from pharmacies, health food shops and supermarkets, but make sure you check with your doctor before you start taking any supplements in pregnancy – just to be on the safe side.

This tangy fruit has been shown to help morning sickness when used in the same way as ginger. Add a slice to boiling water and slowly sip to relieve nauseous feelings. It is also suggested that pregnant women suck on the actual slice but this option is probably not for the faint hearted!

Liquorice is an excellent stomach settler, and many pregnant women have reported having great success with this when feeling ill. There are several ways you can take it – from simply munching on some liquorice sweets to taking drops with your food and drink. Many women crave this sweet while pregnant, and some believe that it’s the body’s natural way of steering them towards something that may help their sickness.