As a teenage mother, I feel slighted by President Obama’s following comment: “[w]e still may not agree on a woman’s right to choose, but surely we can agree it’s a good thing that teen pregnancies and abortions are nearing all-time lows, and that every woman should have access to the health care she needs.”

As a teenage mother who organized my entire family and immediate circle of friends to vote for President Obama in both elections and as a reproductive justice advocate, I’m offended by President Obama’s attempt to find bipartisan ground last night through mentioning the low rate of teenage pregnancy.

I find his comments offensive because being a teenage mother is part of my identity as woman, mother and member of society. Identifying as a teenage mother gives me strength, determination and makes me proud. If the president of the United States would have said that a part of your identity being reduced was “a good thing,” you would feel a bang of insult too.

While the Western world is more concerned with reducing and completely eliminating teenage families, I am getting an increase in amount of emails from teenage mothers and the few people who support them about the realities they are facing and trying to overcome.

Young mothers face increased rates of postpartum depression, homelessness, shame and stigma from elders in their lives. Young mothers deal with pediatricians who refuse to speak to them in a respectful and professional manner. Young mothers struggle to find affordable ways to make it to school on time while fighting for quality and affordable child care options for their children so they can work and go to school. When will the world realize that supporting teenage parents is prevention?

Many large organizations, nonprofits and individuals think the way to reduce teenage pregnancy is to shame and stigmatize teenage parenthood in the name of “prevention” with highly offensive public service campaigns. President Obama’s comment might be taken as a “keep up the good work” by these entities, which can lead to the continuation of shame and stigma in the name of prevention.

His comment might seem insignificant or not offensive to some, but to me, it is the perpetuation of the overarching and flawed notion that being a teenage parent is inherently bad and needs to be reduced by any means necessary. 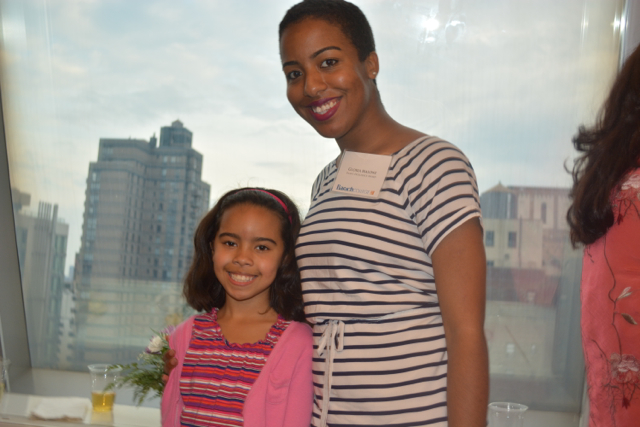 I don’t appreciate the president using my life and the life of my peers as a cheap attempt at bipartisanship with a Republican administration that has demonstrated it has no interest in helping women get equal pay, paid sick leave, maternity leave or even access to food stamps.

Last night President Obama also said that as a nation we cannot continue to do the same thing we’ve done for 50 years and expect different results. I think it’s time we stop being so consumed with reducing young families and start supporting pregnant and parenting teens so that they can not only survive, but thrive.

Being a teen mom in the ‘mom club’
Are well child checkups necessary?
It is not selfish not to breastfeed