Last fall, Jim Rodda dazzled us with his clever 3-D printed armor for Barbie dolls. Nothing says awesome like Barbie deciding her career is kicking your ass.

Related story Target Just Revealed Its Top Toys of the Holiday Season & You Can Shop Now!

Just when it seemed like nothing could top that crowdfunded 3-D printed masterpiece, a cat got involved.

That is a cat pulling an armor-clad Barbie doll in a Roman chariot. This is not a drill.

If your child enjoys Barbies but feels limited by her sensible heels and pencil skirts, 3-D printing opens up a whole new world of accessories and yes — weapons. Barbie can shatter the glass ceiling or take down an evil Roman emperor who also happens to be a T-Rex with a laser cannon because kids’ imaginations should never be limited. 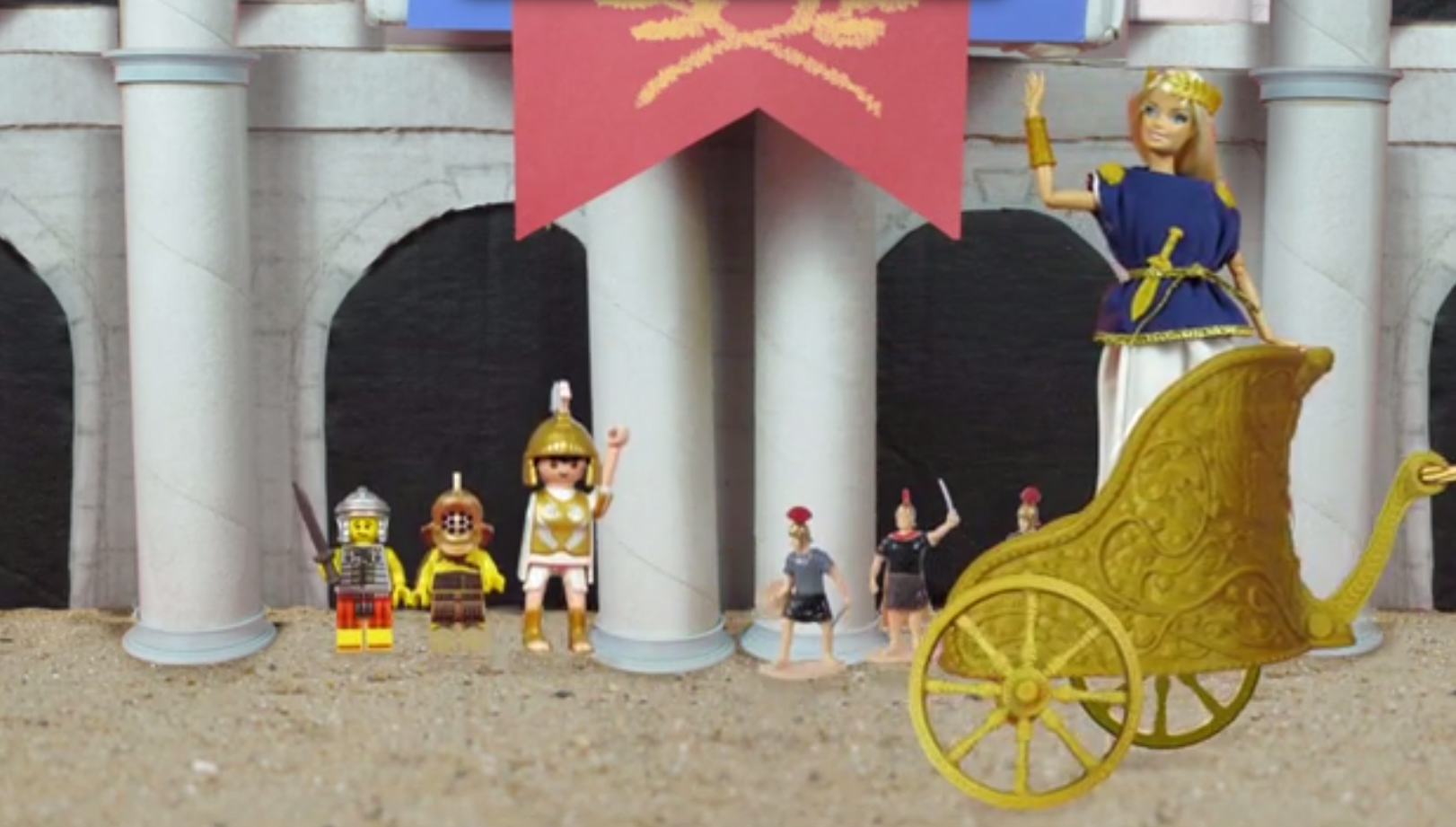 With Faire Play 2: When in Rome, Rodda hopes to raise $15,000 to set up a full-scale production facility. With the right structure in place, he’ll be able to make his unique toys and doll accessories more accessible to fans. (Not everyone understands how to use blueprints to have Barbie armor 3-D printed.) “It’ll be like that quirky bistro down the street, but with geometry, thermoplastics, and no food,” Rodda says.

It’ll also open the door for more toys that break gender stereotype boundaries and embrace the universal truth that cats* make everything better.

Is Entrepreneur Barbie a good idea for our daughters?
A Barbie that looks like a real woman? She’s here!
Catholics are angry about Barbie’s new career choice