A year ago, our then 4-year-old was having a hard time getting to sleep at bedtime. Though I was frustrated and exhausted, I thought about the many nights that I too just can’t go to sleep.

As an extrovert and a night person, when I finally settle into bed is usually the time when I get all excited about all the things I want to do. I want to read! I want to write! I want to question everything! I want to learn!

I have a hard time turning off my enthusiasm in the quiet of night, especially if I take a nap during the day or get too much sleep the night before. In her first year of kindergarten, my daughter was often taking a nap during the day just short enough to take the edge off her tiny childhood day and just long enough to turn her own enthusiasm volume up real loud at bedtime.

Telling her to go to sleep wasn’t working. Thinking about what works for me wouldn’t work either. She was only 4. She couldn’t read or write beyond writing her name with a backwards y at the end. But she can draw. Of course, this is a lot more thought out now than it was at the beginning. It was a lot more of: “Oh my goodness, why won’t my kid go to sleep?! Forget it, I’m giving her a notebook and some crayons. I can Magic Eraser the wall in the morning if needed.”

I told her she could draw as long as she wanted, but couldn’t leave her room unless it was an emergency. The definition of emergency needed to be clarified later, and does not include needing more paper, for the record. That night, she drew. Then she fell asleep. The next night, she drew again. And the next night. And a year later, she’s still drawing.

Every night, we put her to bed with a bin of markers and crayons and a clipboard of blank paper. Some nights she draws for a few minutes, other nights she draws for a few hours. She falls asleep with her light on and when we hear that she has stopped singing, I go in to take a picture, clean up, turn the light off and tuck her in. Now she’s 5 and starting to learn how to read, but she still draws. I have a feeling she will always still draw. Goodnight, Roozle. 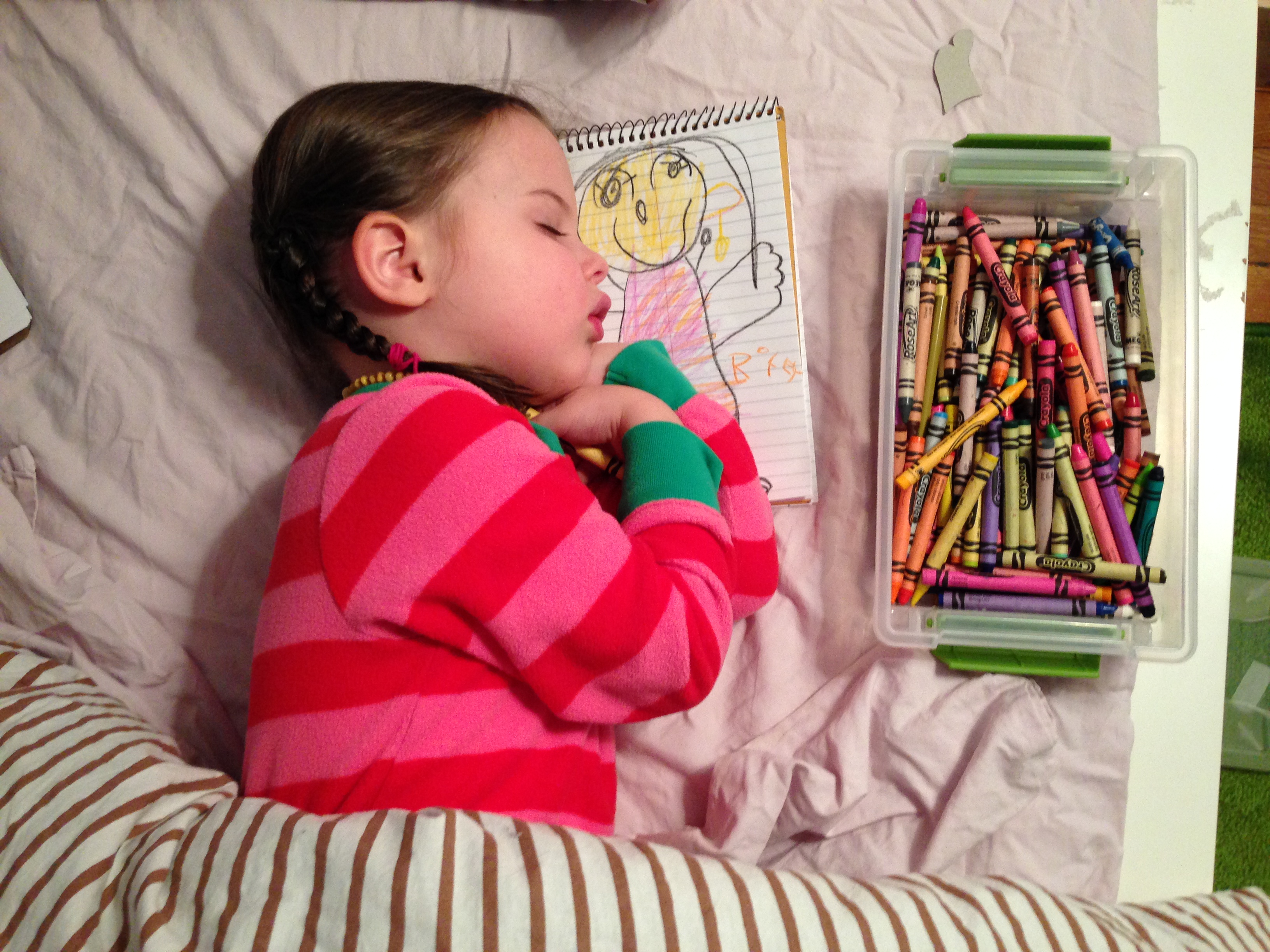 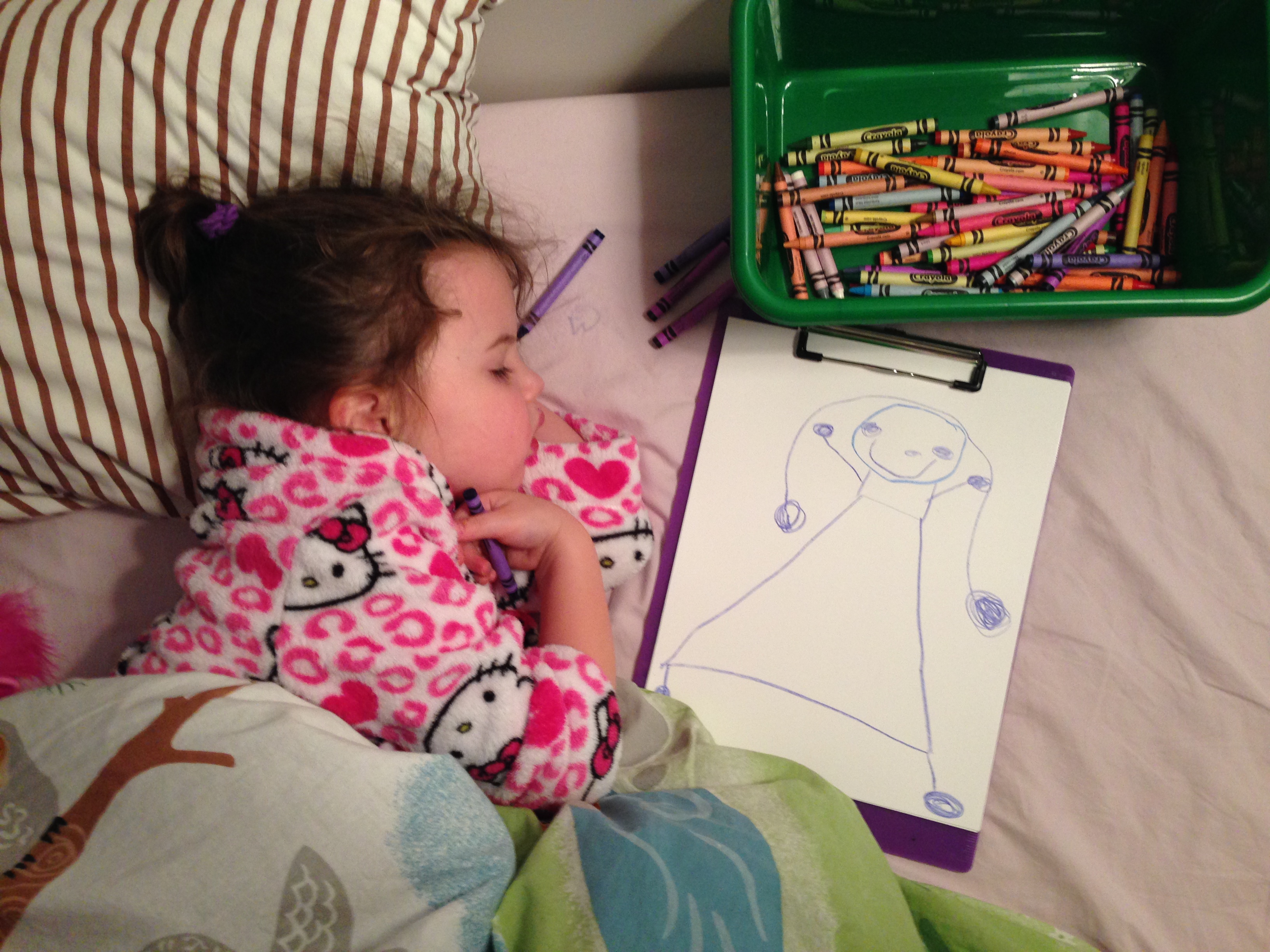 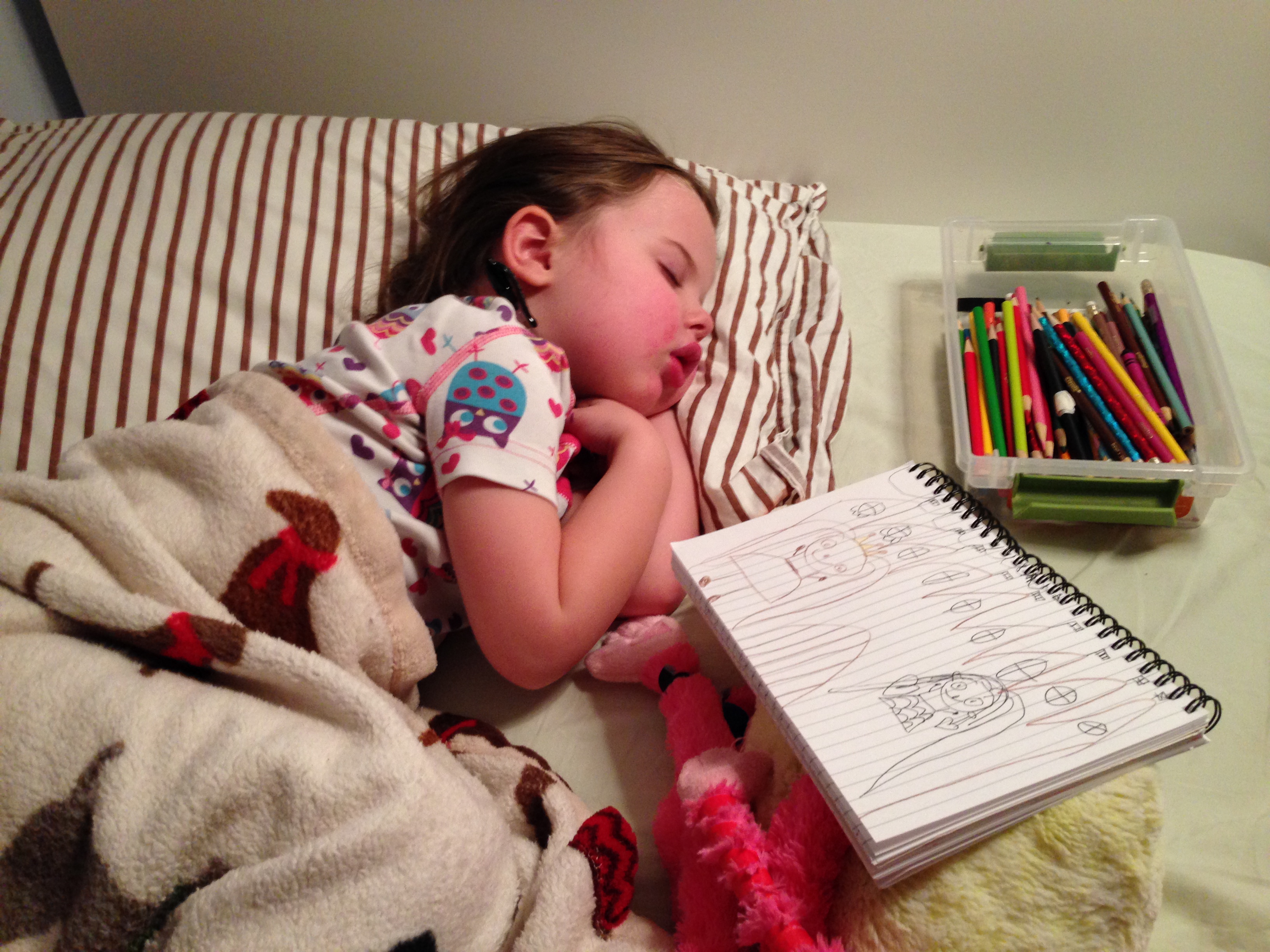 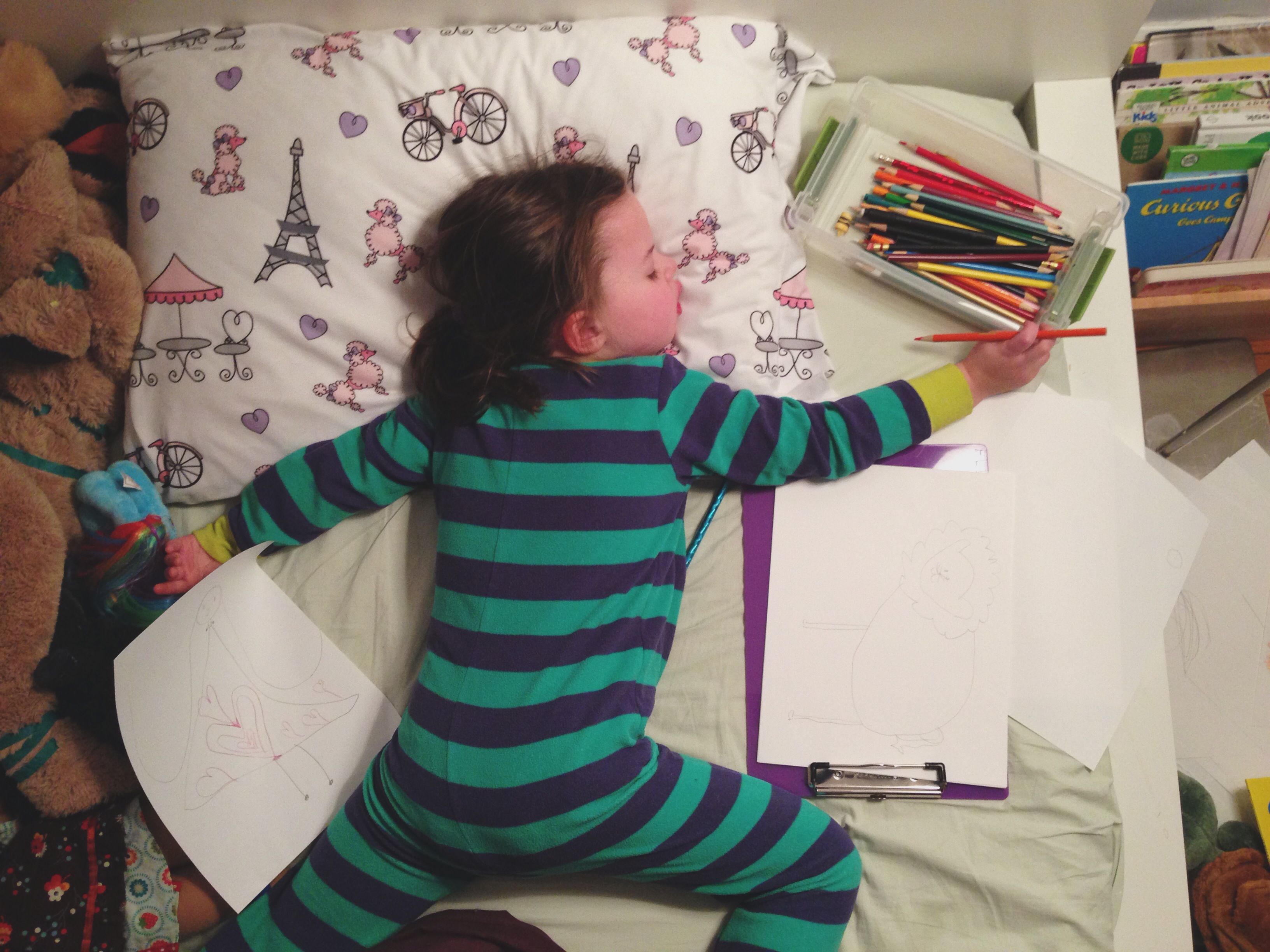 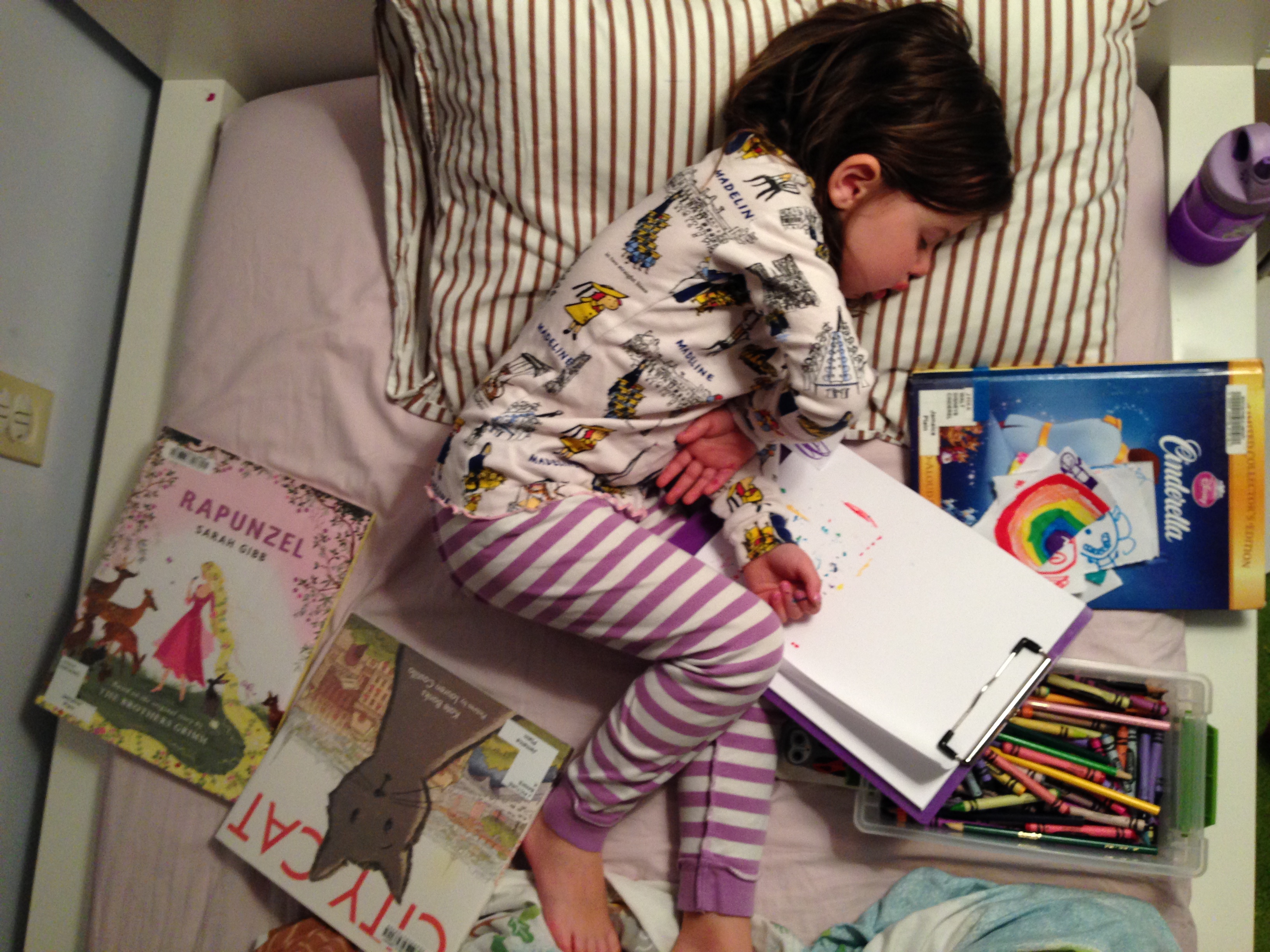 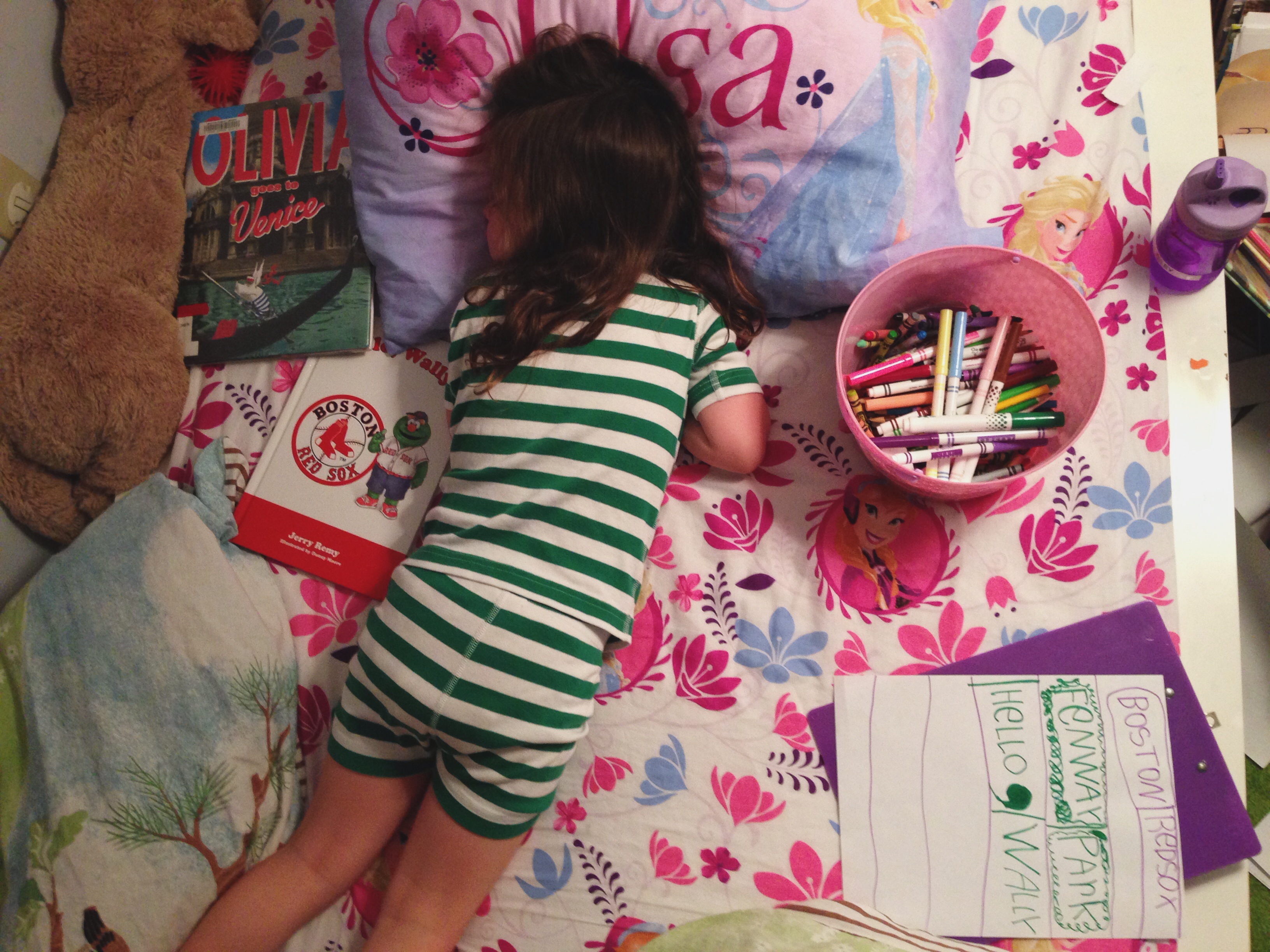 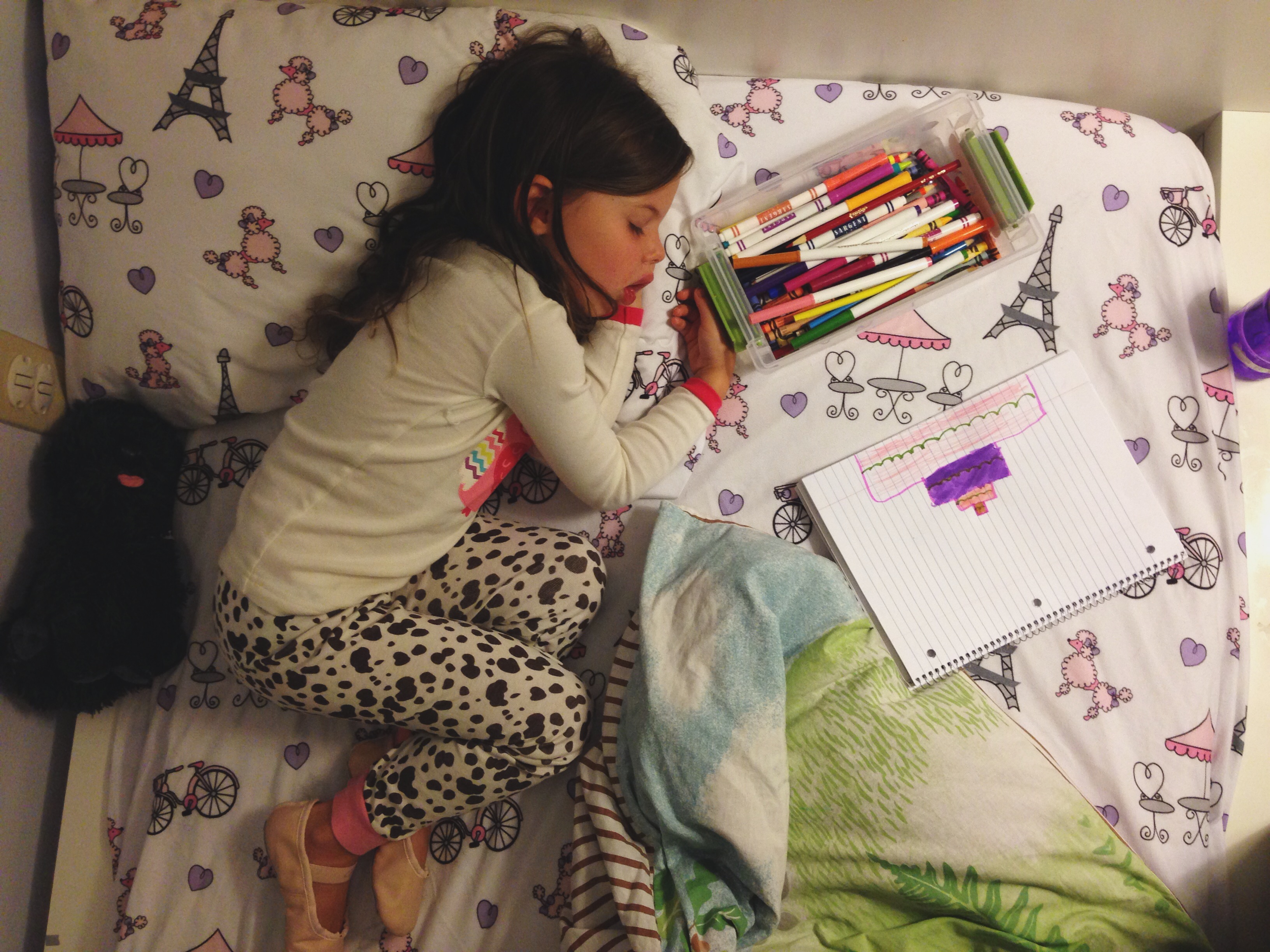 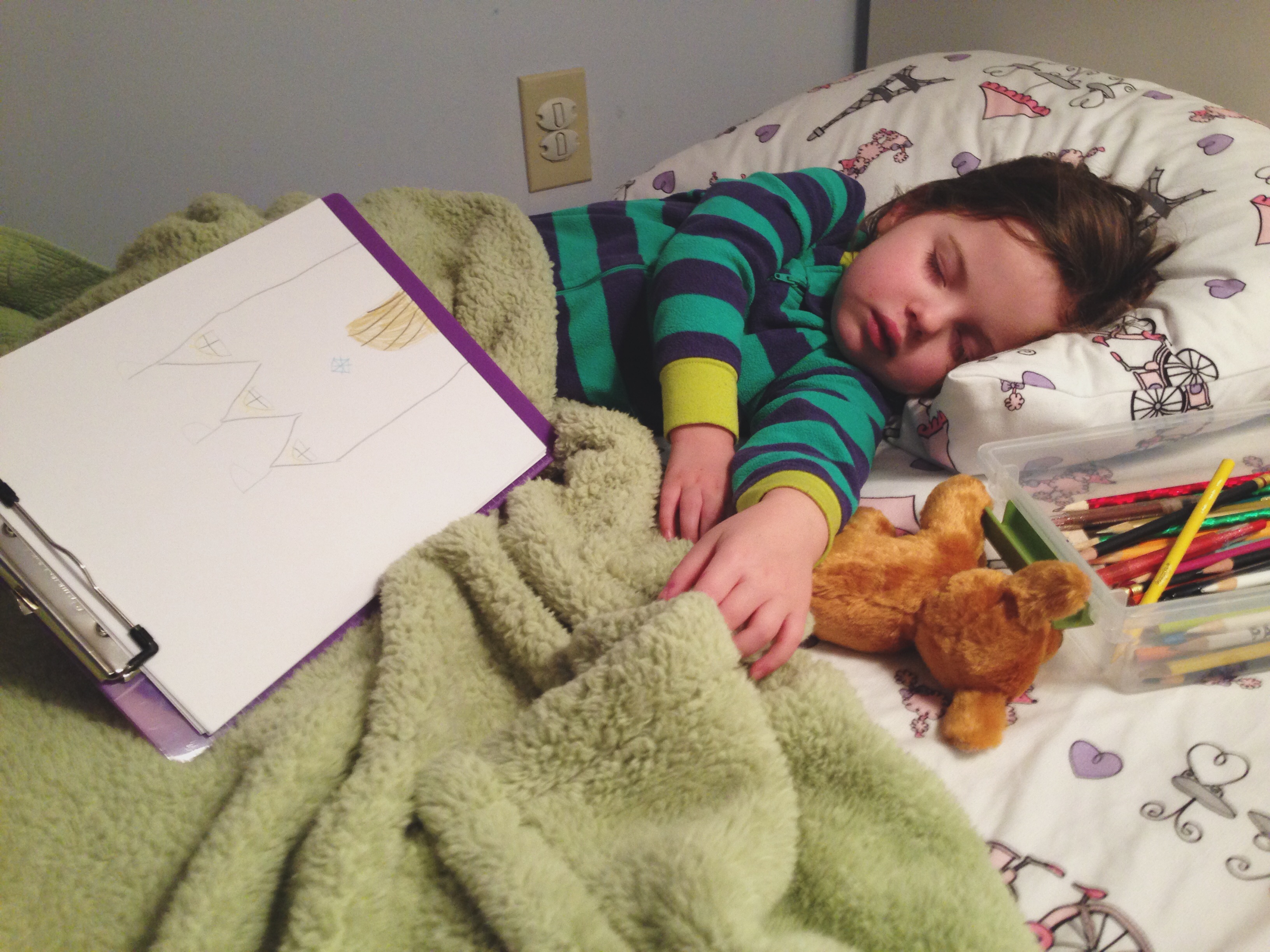 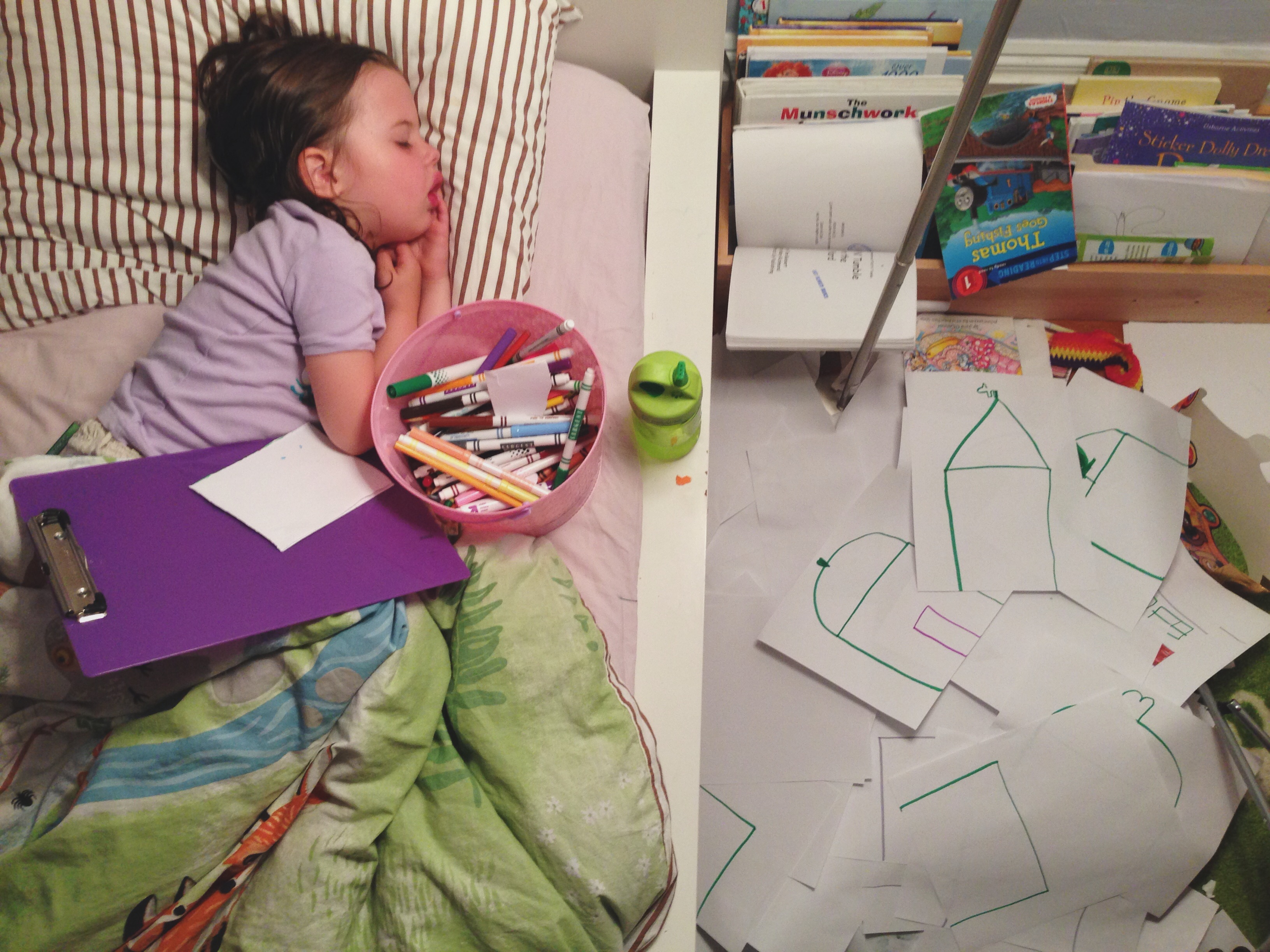 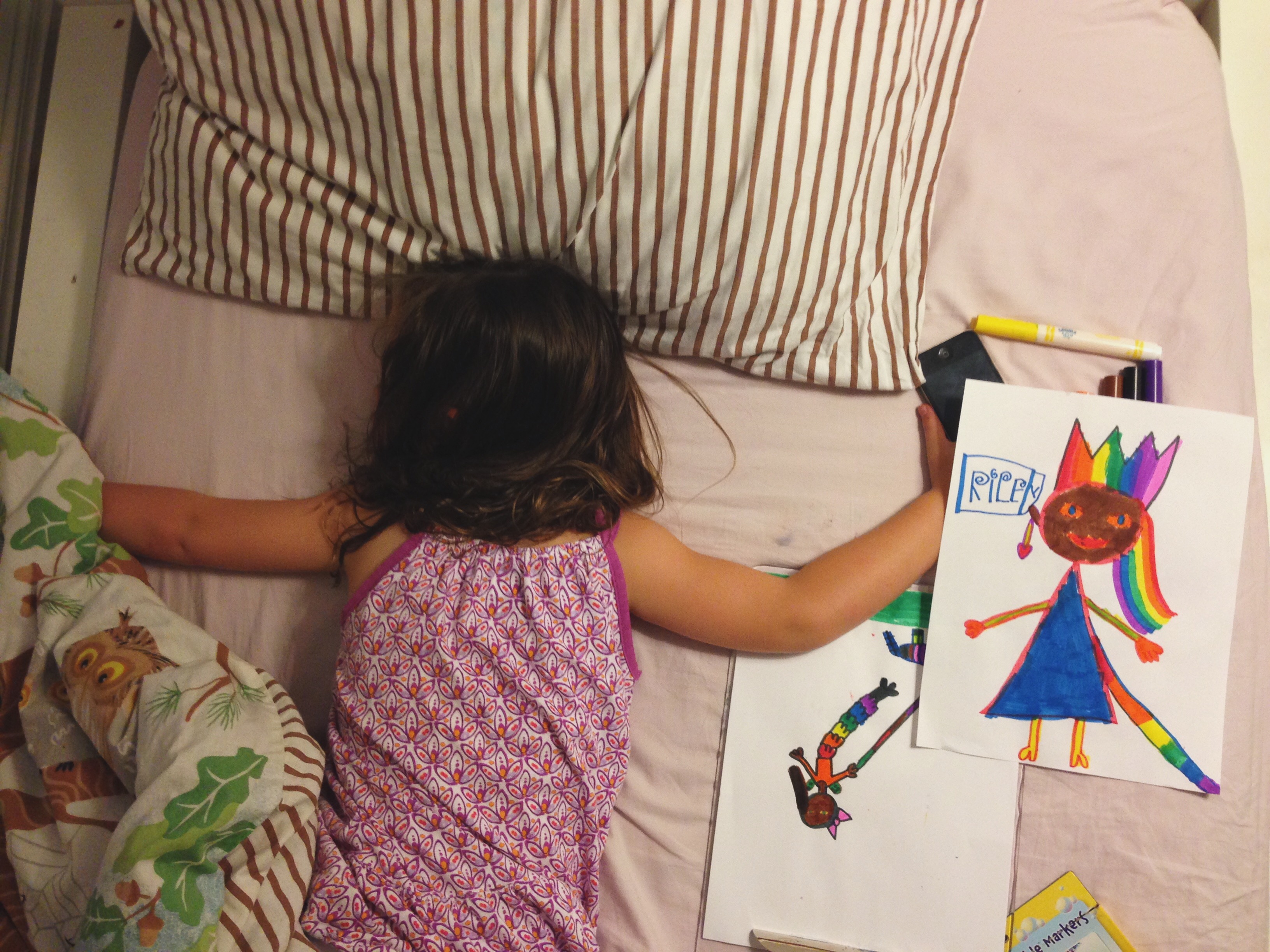 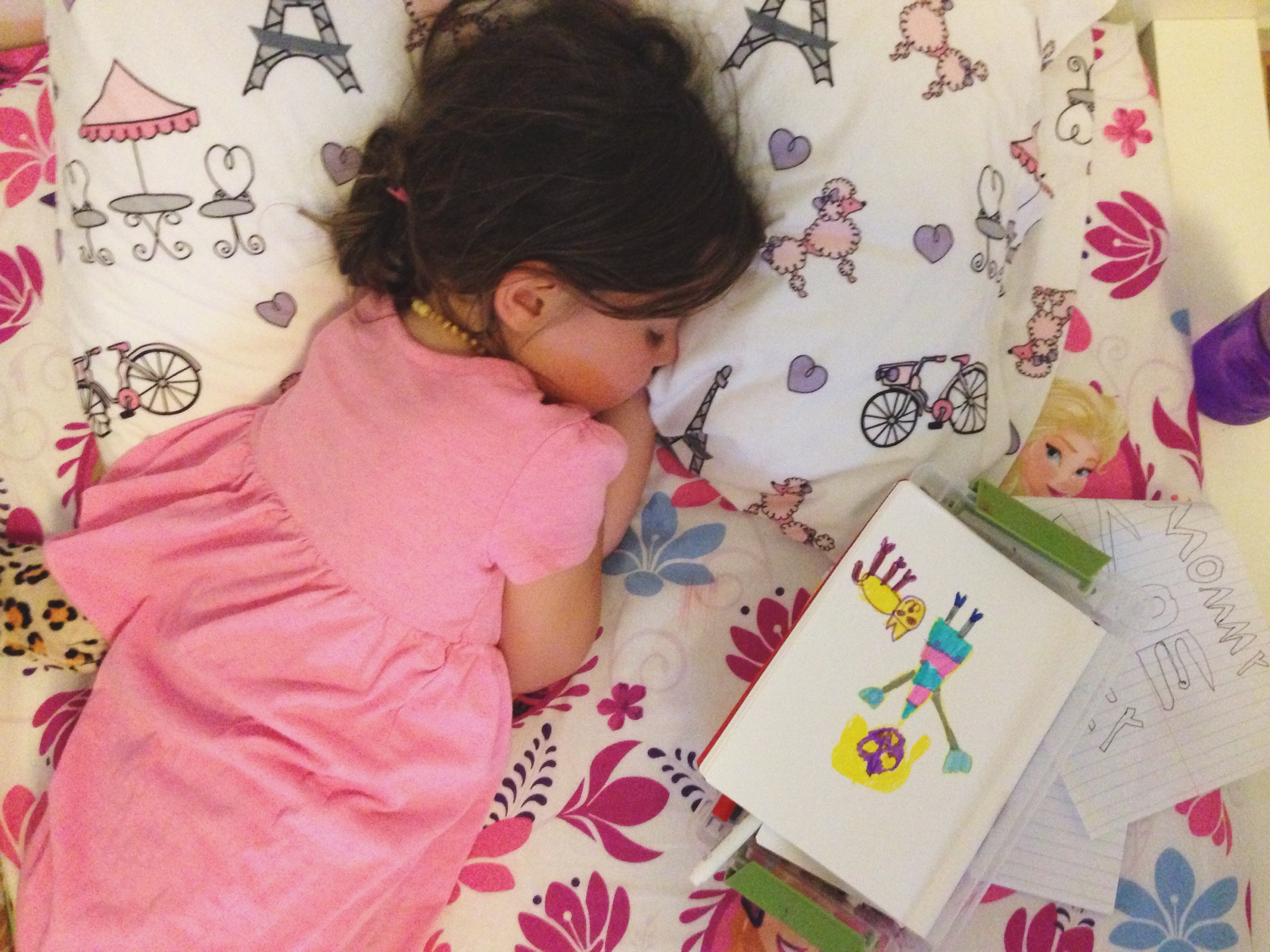 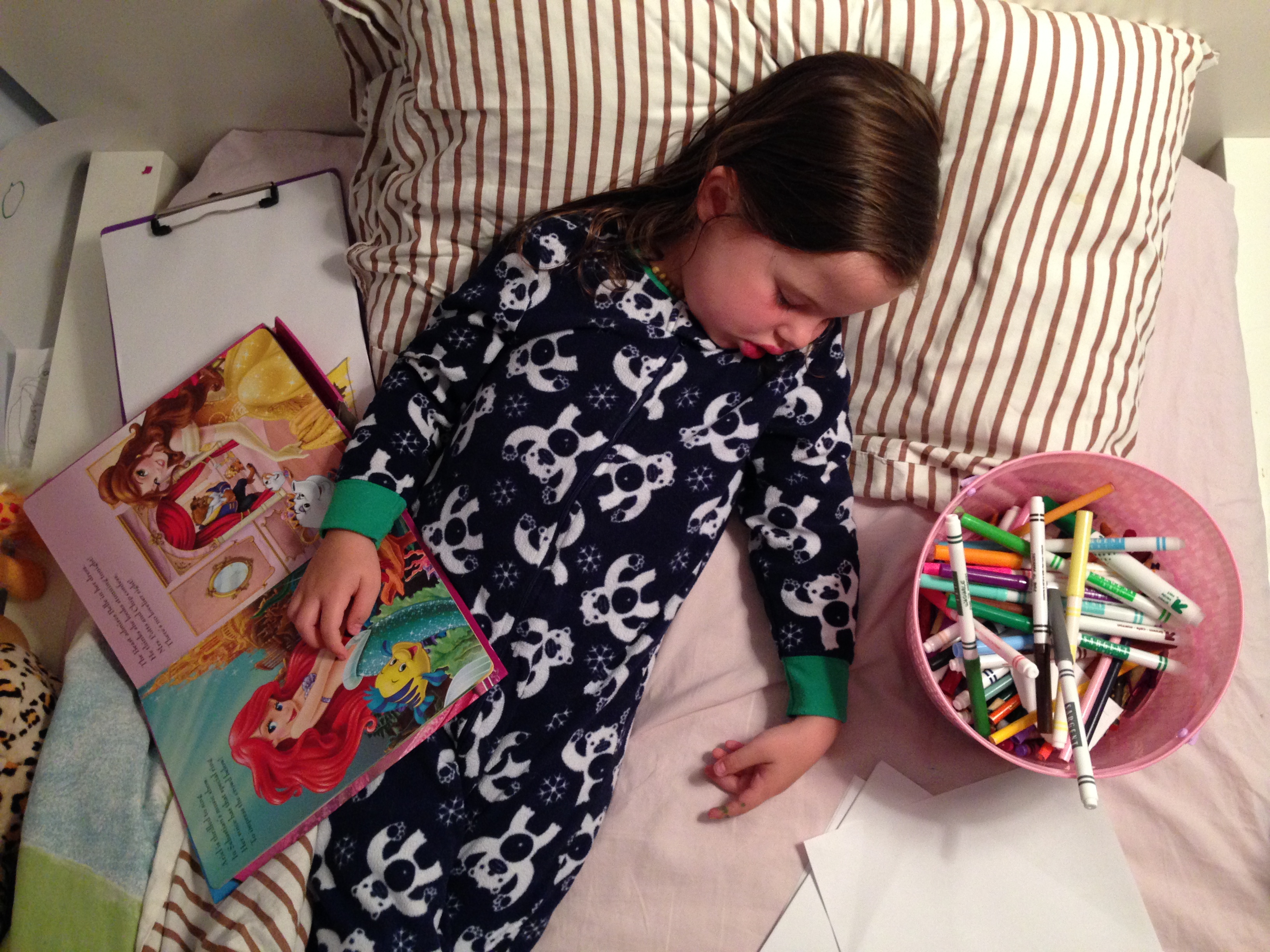 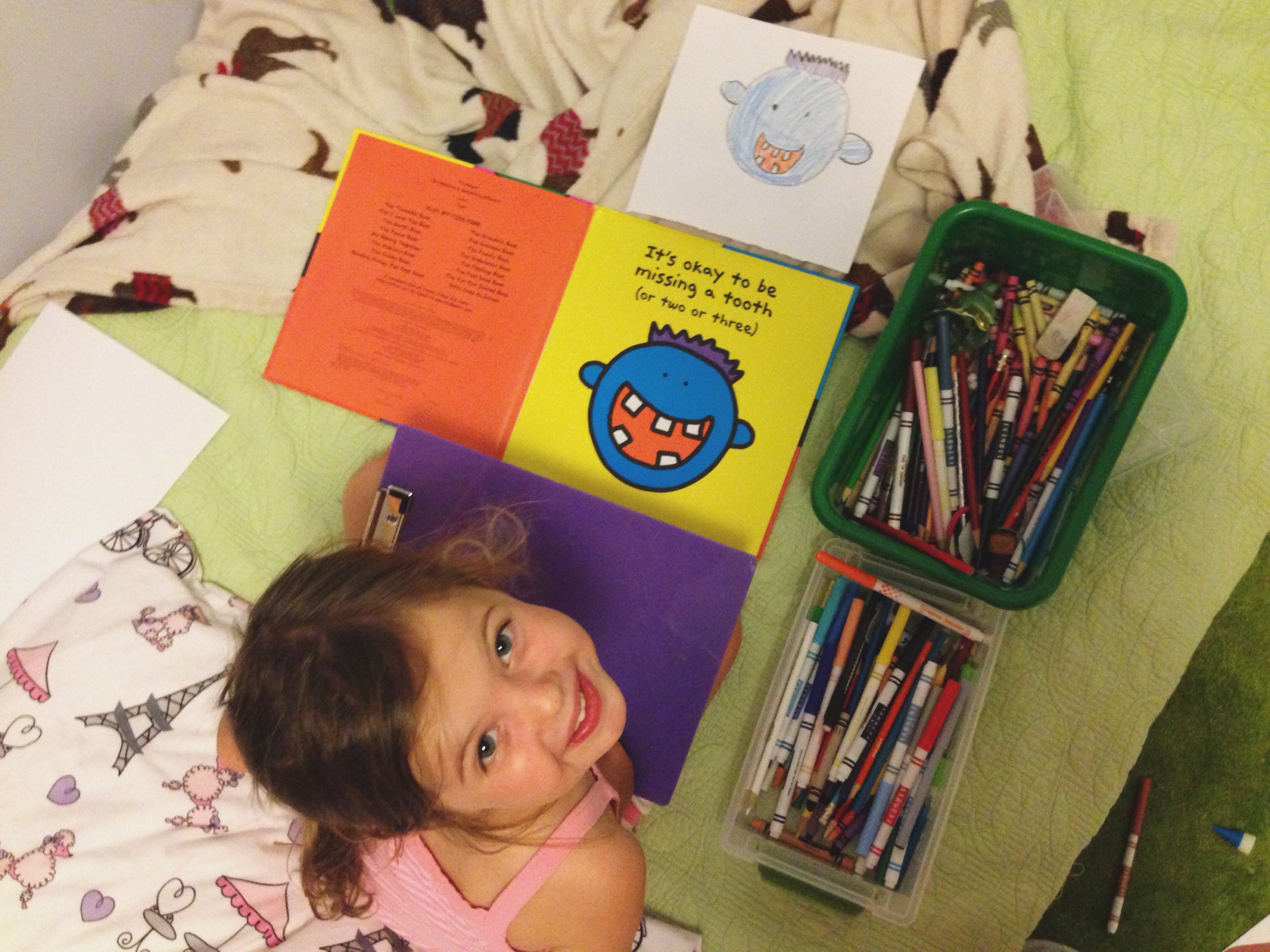 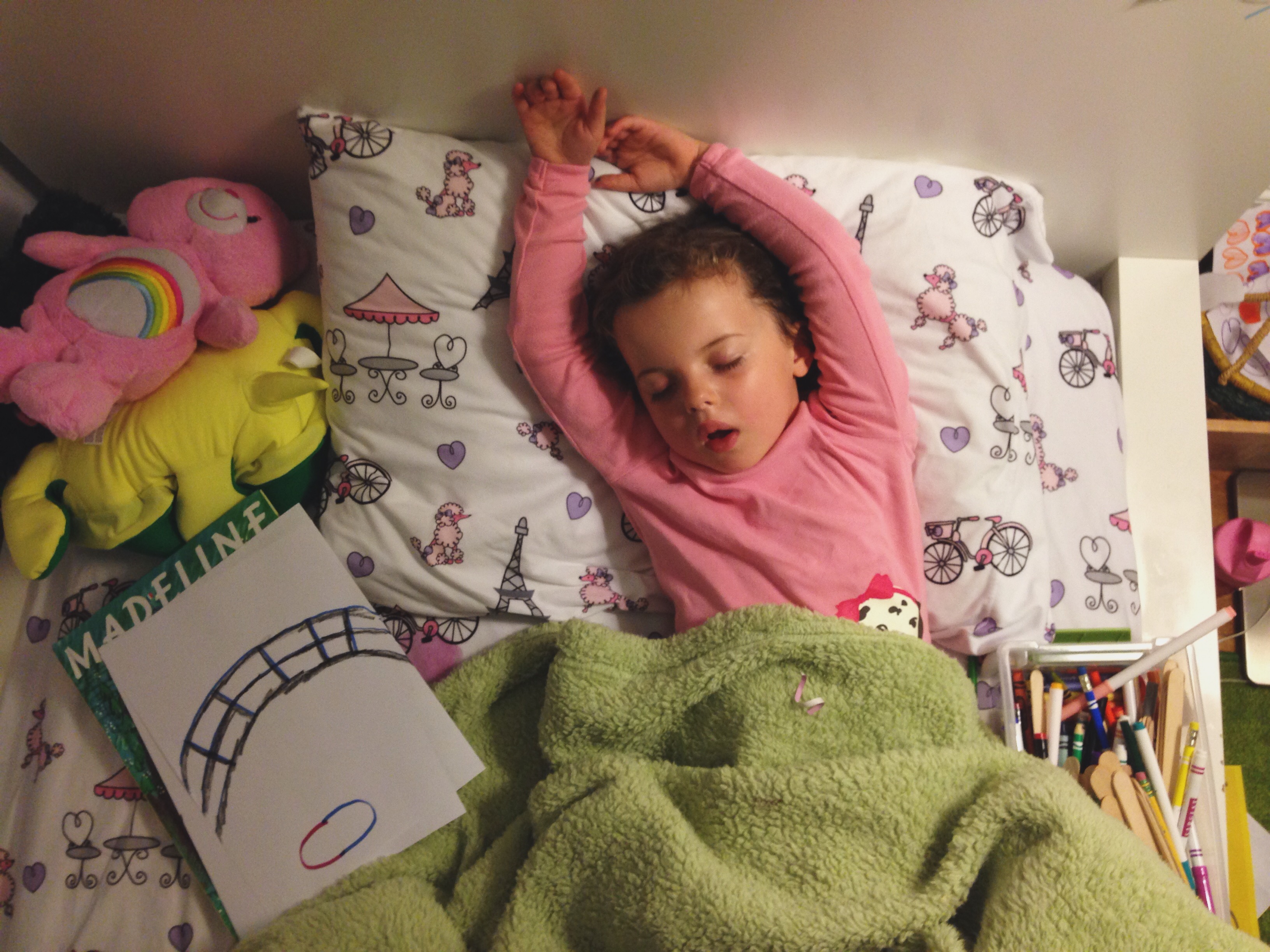 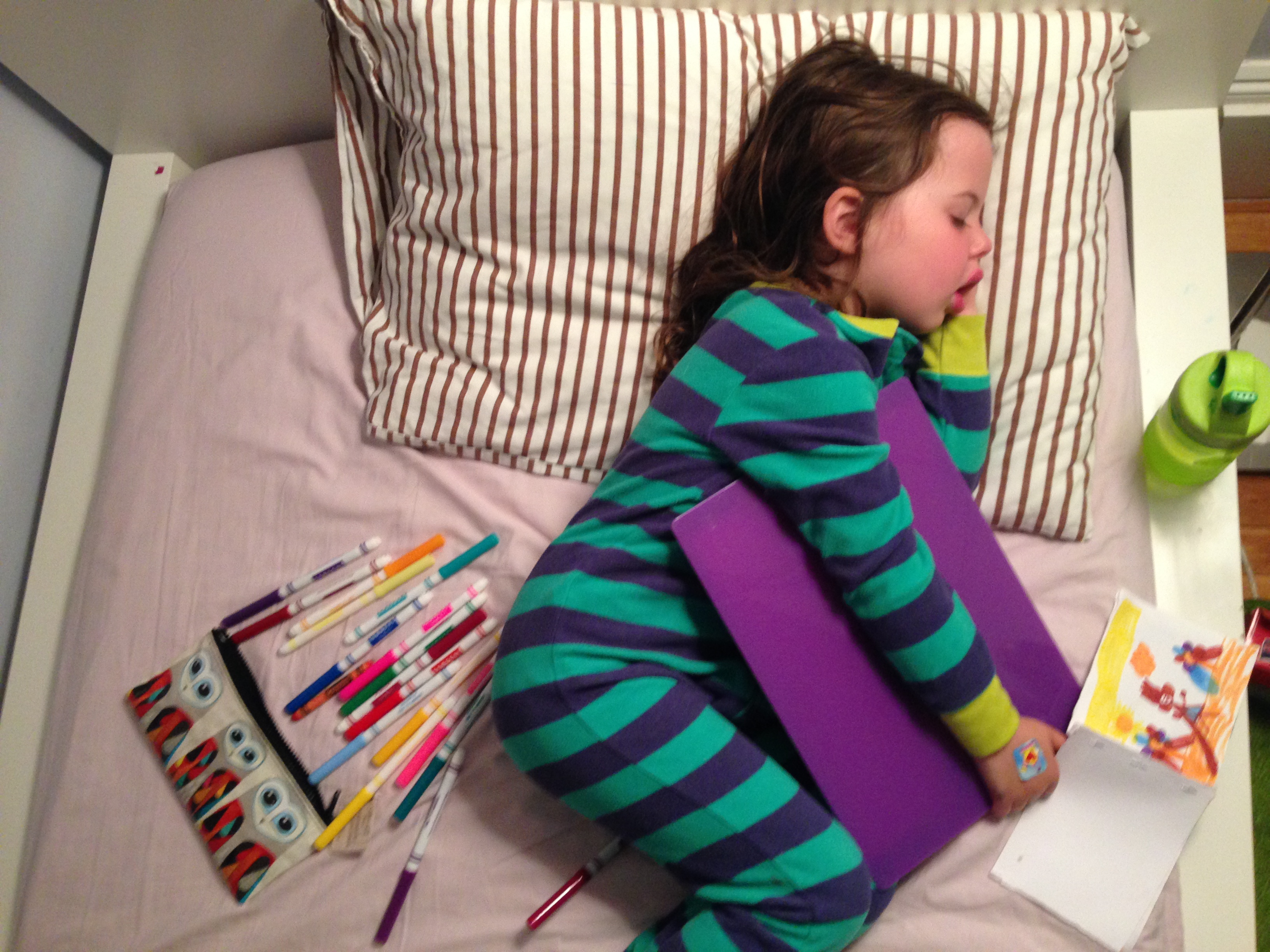 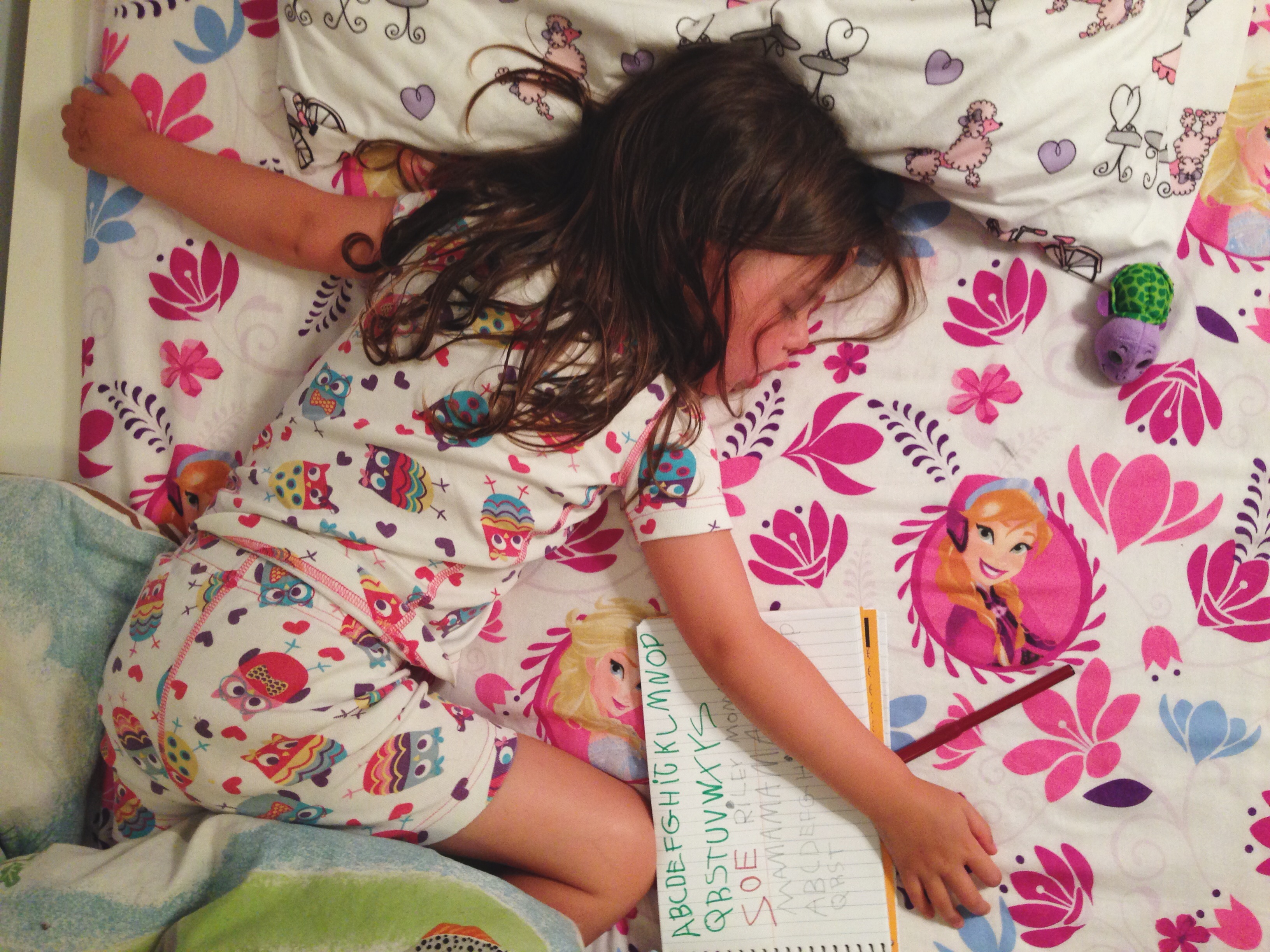 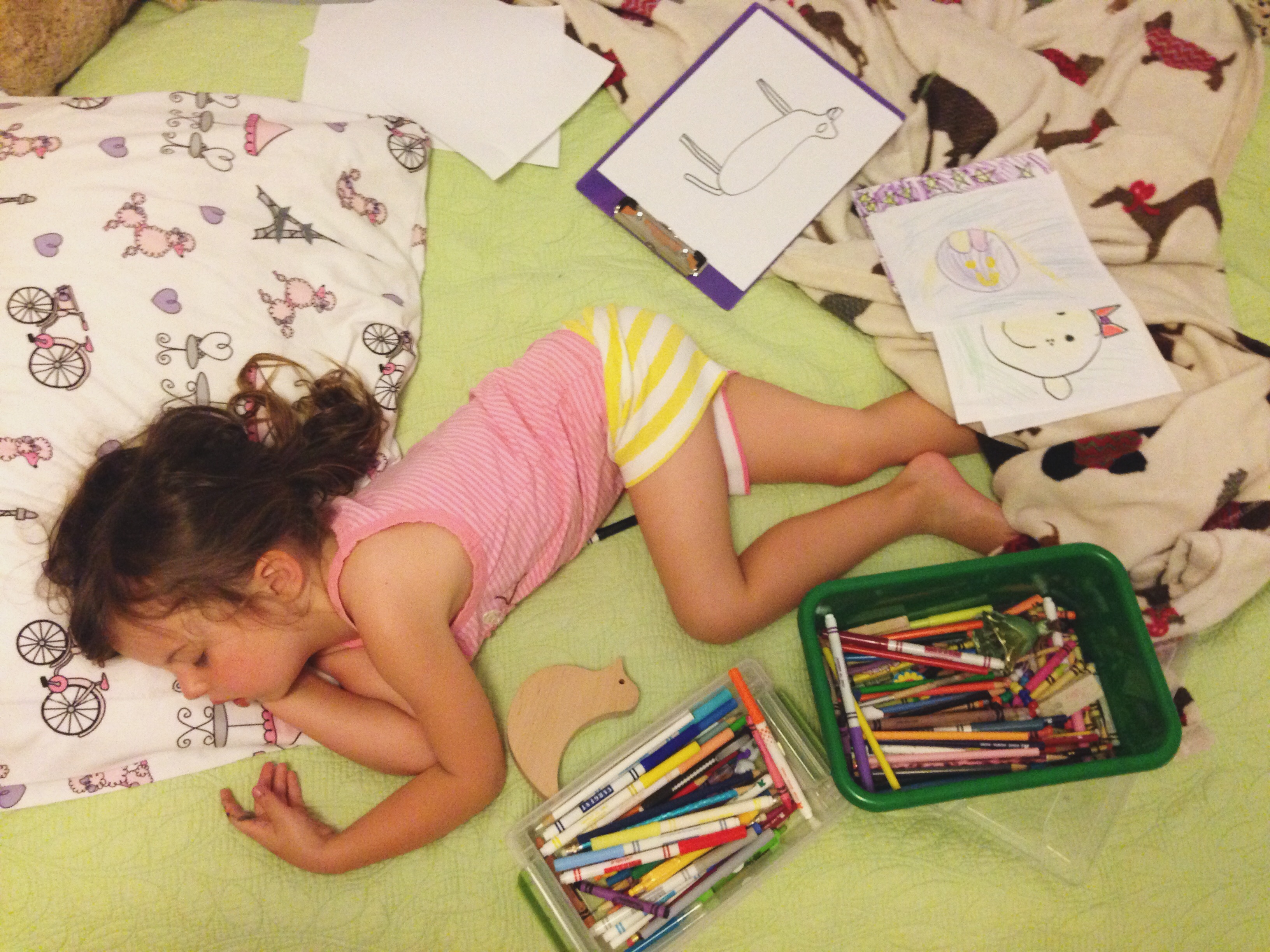 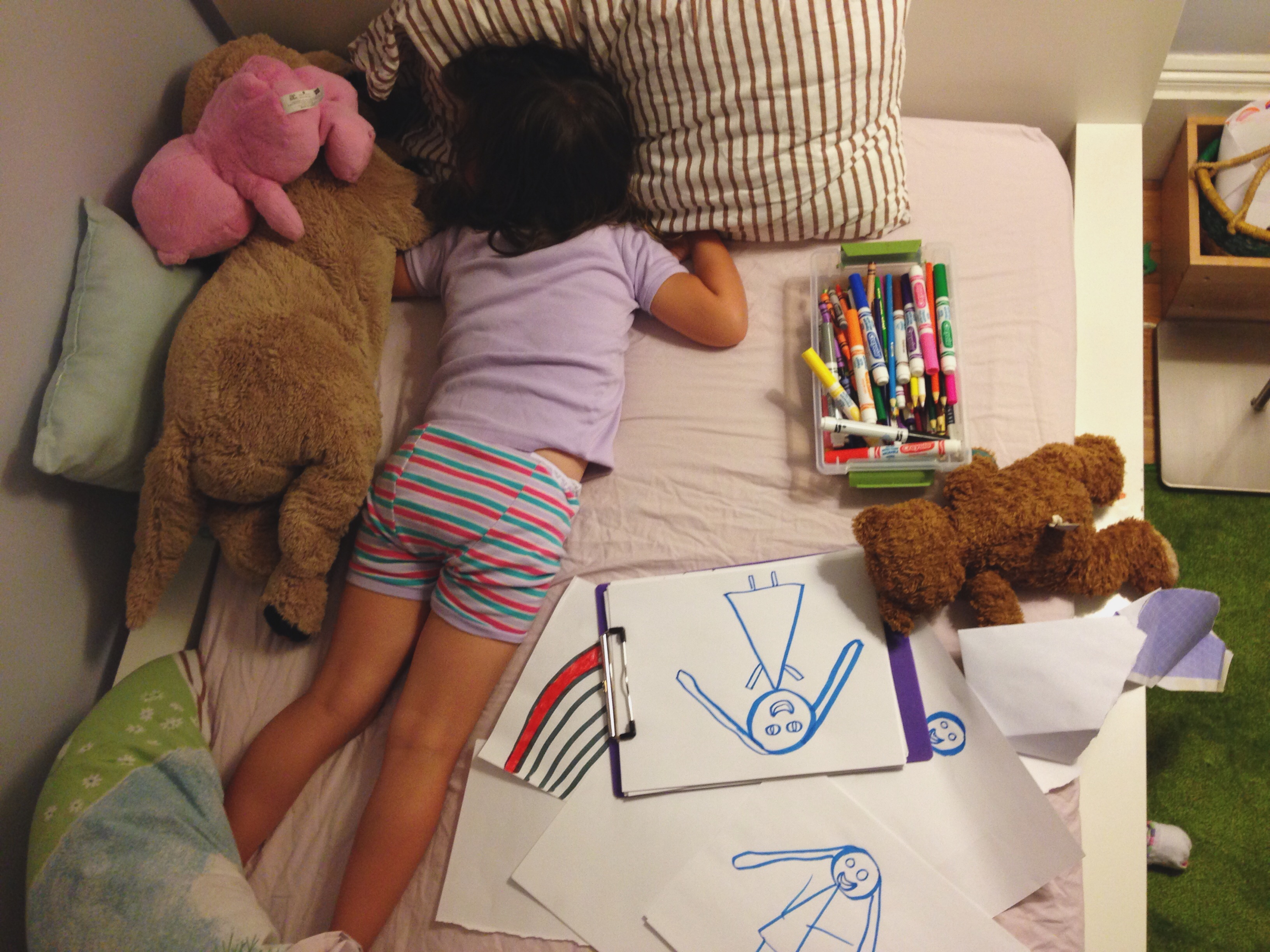 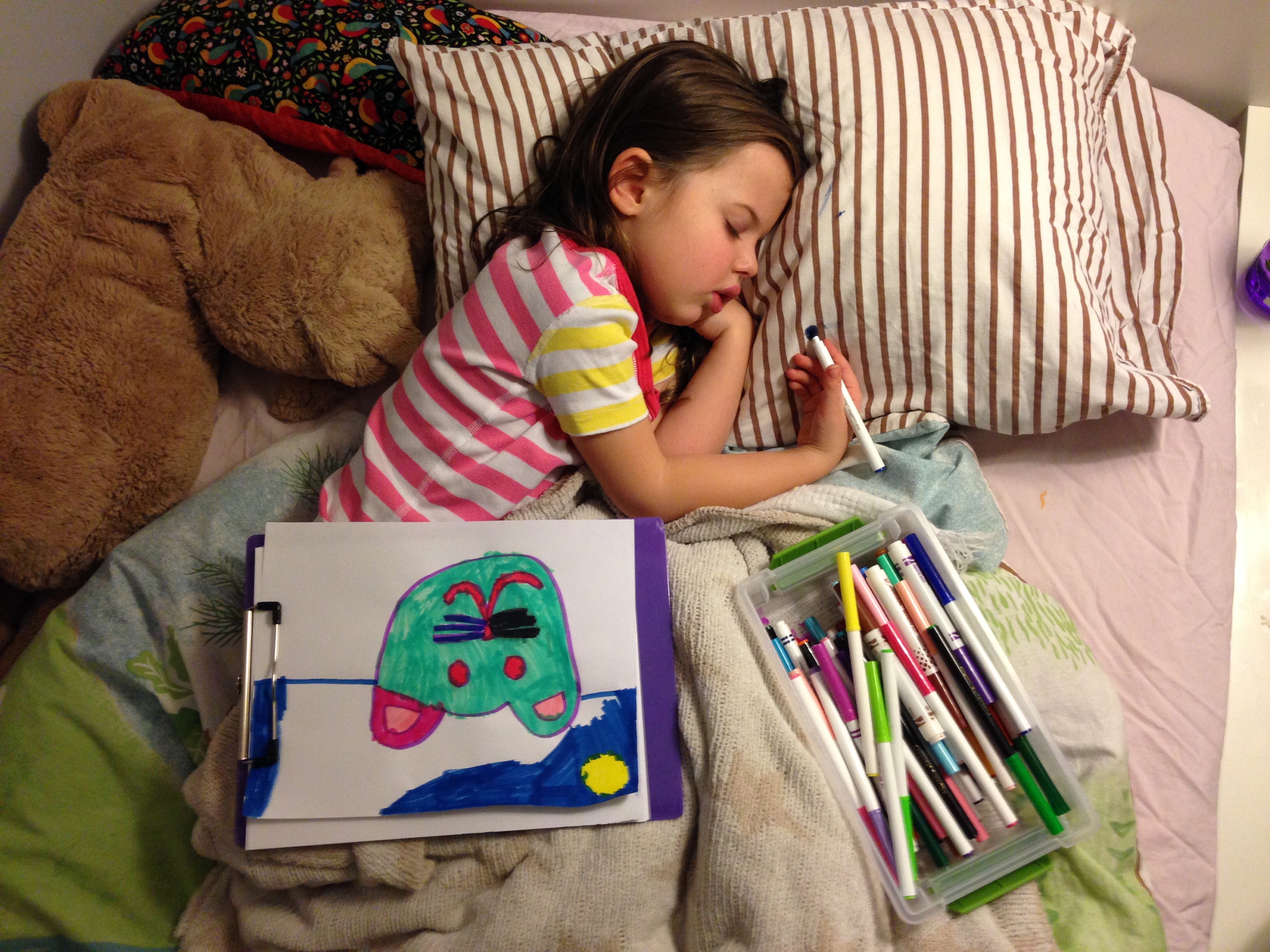 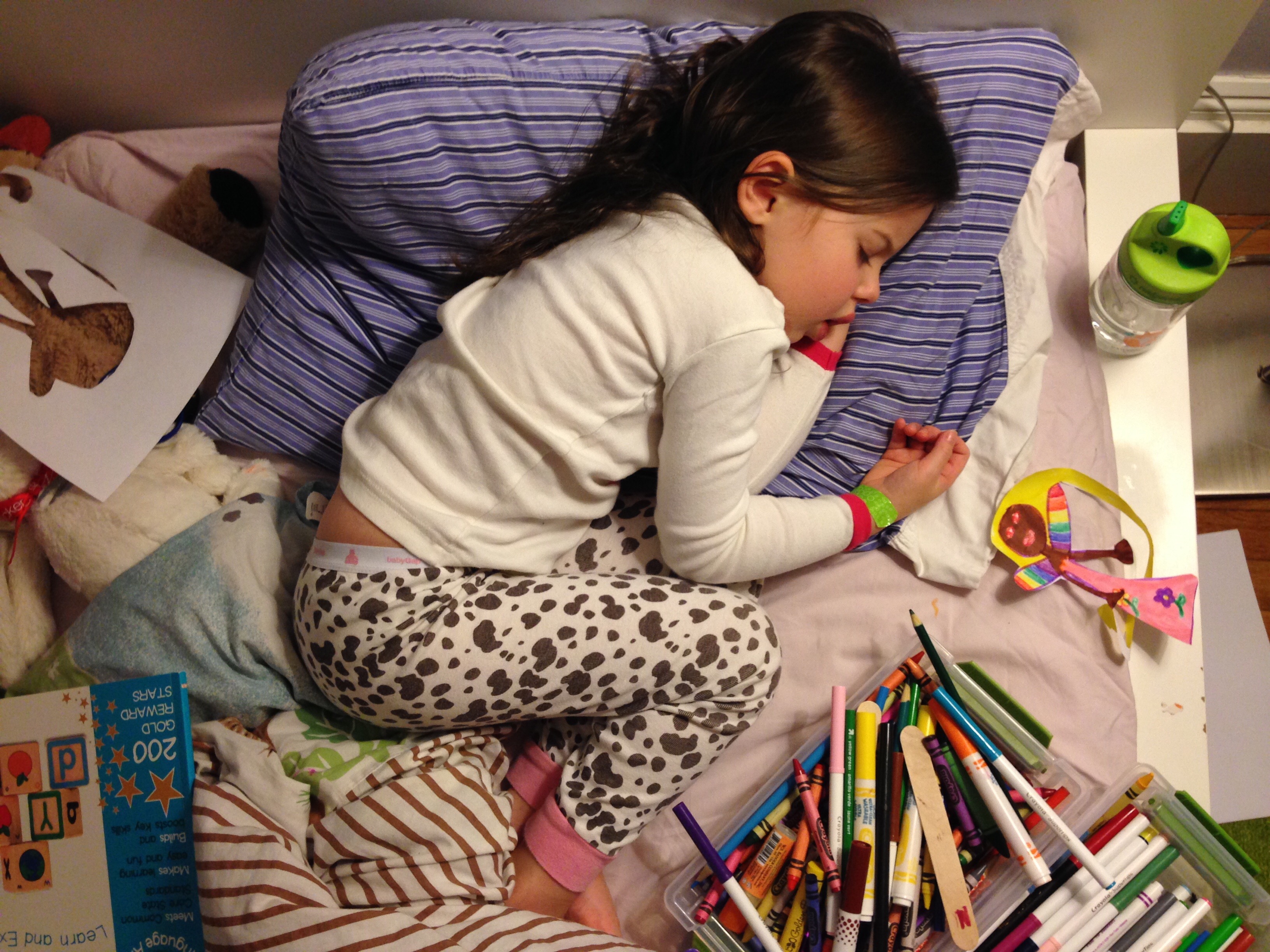 More on kids and sleep

What to do when Baby won’t sleep
6 Benefits of co-sleeping with your children
Sleep and toddlers: How to create soothing bedtime routines

7 hrs ago
by Emilia Mense Caby