It’s the Christmas Eve edition of Celebrity Baby Bump Day and this week’s pregnant celebrities are looking particularly festive. Newly pregnant singer Ashlee Simpson showed off her baby bump as she did some last minute shopping, while Blake Lively proved that a cape and a baby bump were this season’s hottest accessories. Bones star Emily Deschanel, Molly Sims and Vanessa Lachey round out our list of the most festive baby bumps this holiday week. 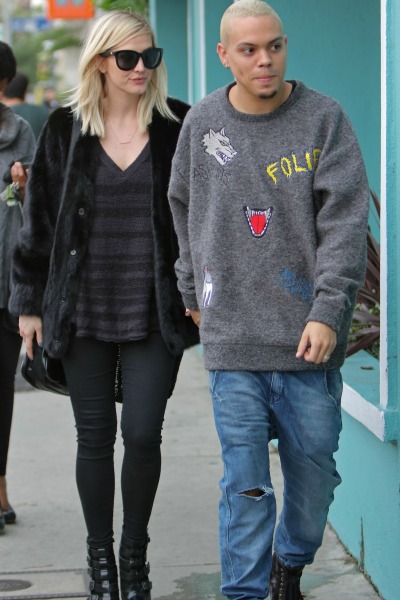 Ashlee Simpson showed off a hint of a baby bump in a flowing top and leggings as she and her husband, Evan Ross, did some Christmas shopping in Los Angeles.

The 30-year-old singer and her husband, who happens to be the son of Diana Ross, recently revealed they are expecting their first child together. Simpson already has a 6-year-old son named Bronx from her previous marriage to Fall Out Boy’s Pete Wentz.

Ross hinted to E! News that they were planning on starting a family together immediately. “I would like [having kids]. As many as possible!” said Ross, who married Simpson in August of this year. “I got married, I have new music and I’m part of Hunger Games. It’s been a great year.”

Next up: Blake Lively’s pregnancy cape is drool-worthy