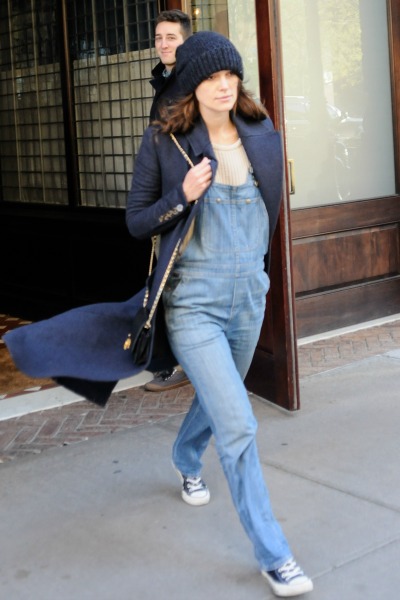 Actress Keira Knightley was spotted leaving a hotel looking cute and casual in Converse and overalls, which showed a hint of her little baby bump.

The 29-year-old actress and her husband, Klaxons rocker James Righton, are expecting their first child together.

Knightley was spotted last week at the Moët British Independent Spirit Awards showing off her small bump in a cream, feathered gown. The actress was nominated for a SAG award for her role in The Imitation Game, so I’m sure we will see more of Knightley’s chic maternity style as she makes the award show circuit.

Next up: Haylie Duff shares a sweet baby bump photo

7 hrs ago
by Isobella Jade