If a 6-year-old girl can understand sexism, why is it so hard for adults to catch on?

Elizabeth is a first-grader from Florida. She’s only 6 years old. According to her mom, Jackie, she loves everything from princesses to LEGOs to Star Wars. While shopping for a gift for her cousin, Elizabeth came across the Disney’s Planes: Fire & Rescue! toys.

“Mommy, why aren’t there any girl characters on the box?” she asked at the store. “Lil’ Dipper and the girl plane are really important in the story. They should have their own toys too! I don’t even know why Mayday is on the box. He did nothing compared to them!”

When we asked Elizabeth how it made her feel, she said, “It makes me sad, angry and upset that there isn’t a girl on the box. It’s not fair.” 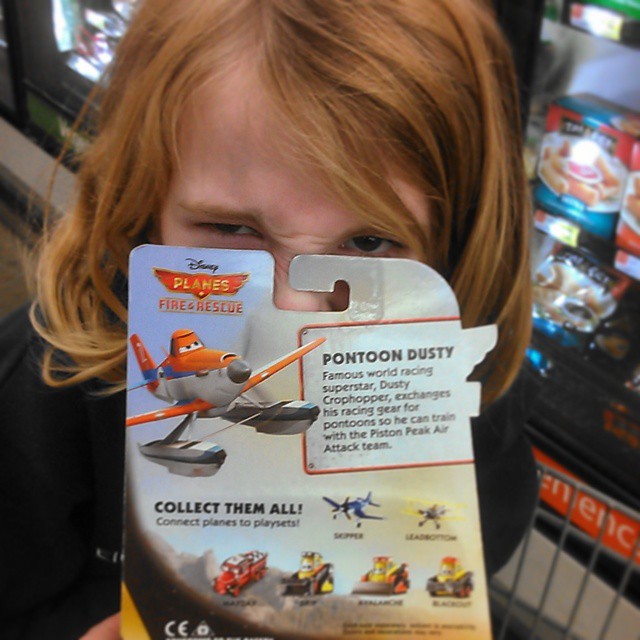 We did some research to find out if Elizabeth’s favorite character showed up anywhere else. 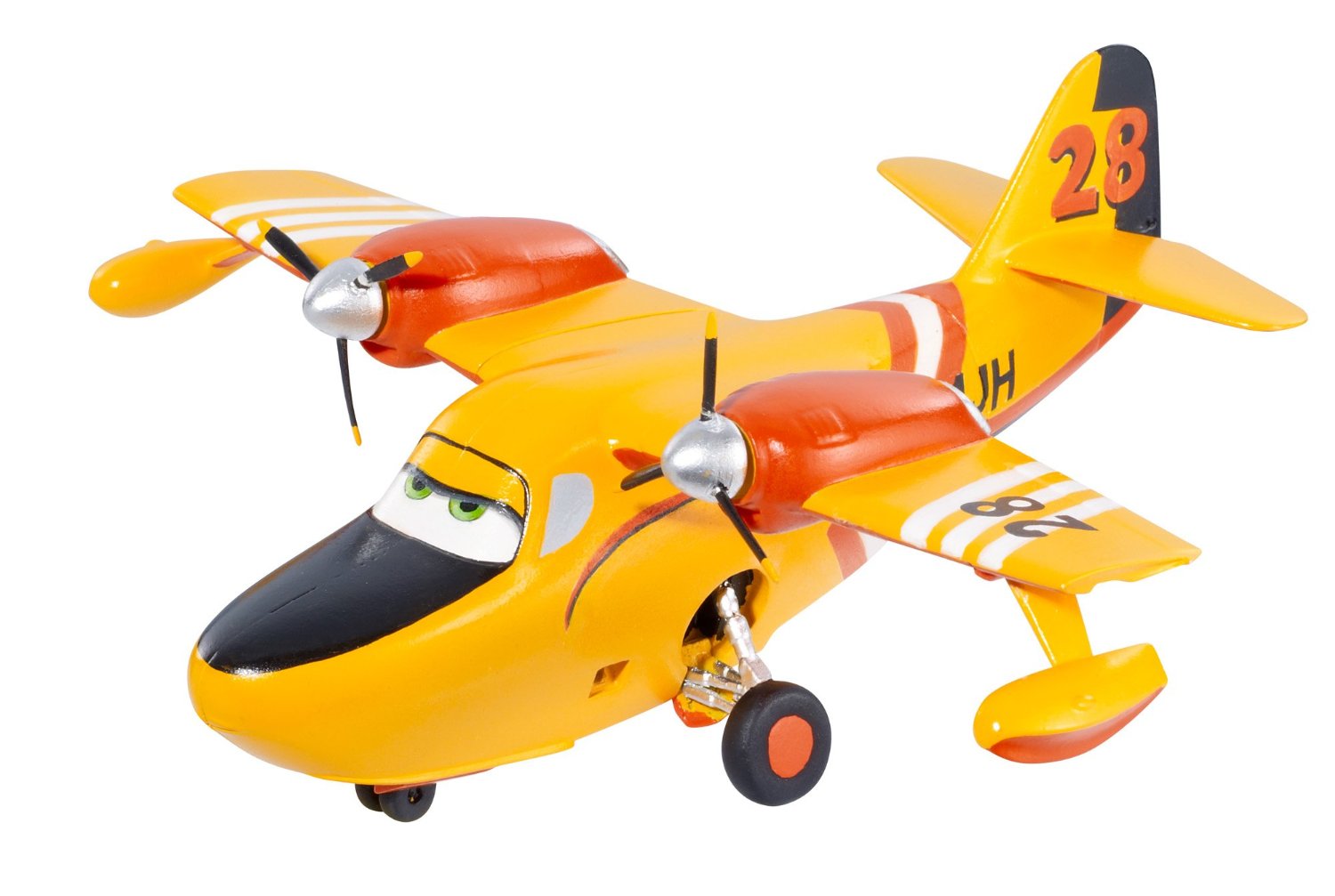 The good news is Walmart and Amazon carry Lil’ Dipper toys. The bad news is, well… everything else.

Let’s take a look at the description on Walmart.com for Lil’ Dipper:

“Inspired by the movie, ‘Super Scooper’ Lil’ Dipper has movable landing gear so that he can takeoff and land with ease.”

To be fair, it must have been difficult for people to recognize that this airplane wasn’t a male airplane, since it doesn’t have pink or hearts or pastels on it.

Amazon doesn’t mention Lil’ Dipper’s gender. But it has this tidbit of helpful information from the manufacturer:

“Boys will want to collect all four and re-create their favorite scenes from the film!”

This summer’s lack of Gamora toys from Guardians of the Galaxy was gross, but it wasn’t that surprising. Superhero merchandise has a history of leaving the female heroes out of action figure sets and off of shirts marketed to boys. But these are cartoon airplanes. They literally don’t have genders beyond the genders of the voice actors who portrayed them on film. So what’s the excuse here? Why are we still depriving girls the chance to play with and identify with female heroes? Why are we letting sexist jokes in cartoons for kids slide?

Why is it so scary to talk about sexism?

Elizabeth’s disappointment wasn’t exclusive to the Planes toys. As a Star Wars fan, she was super excited about the LEGO minifigure sets — until she got to the toy store. 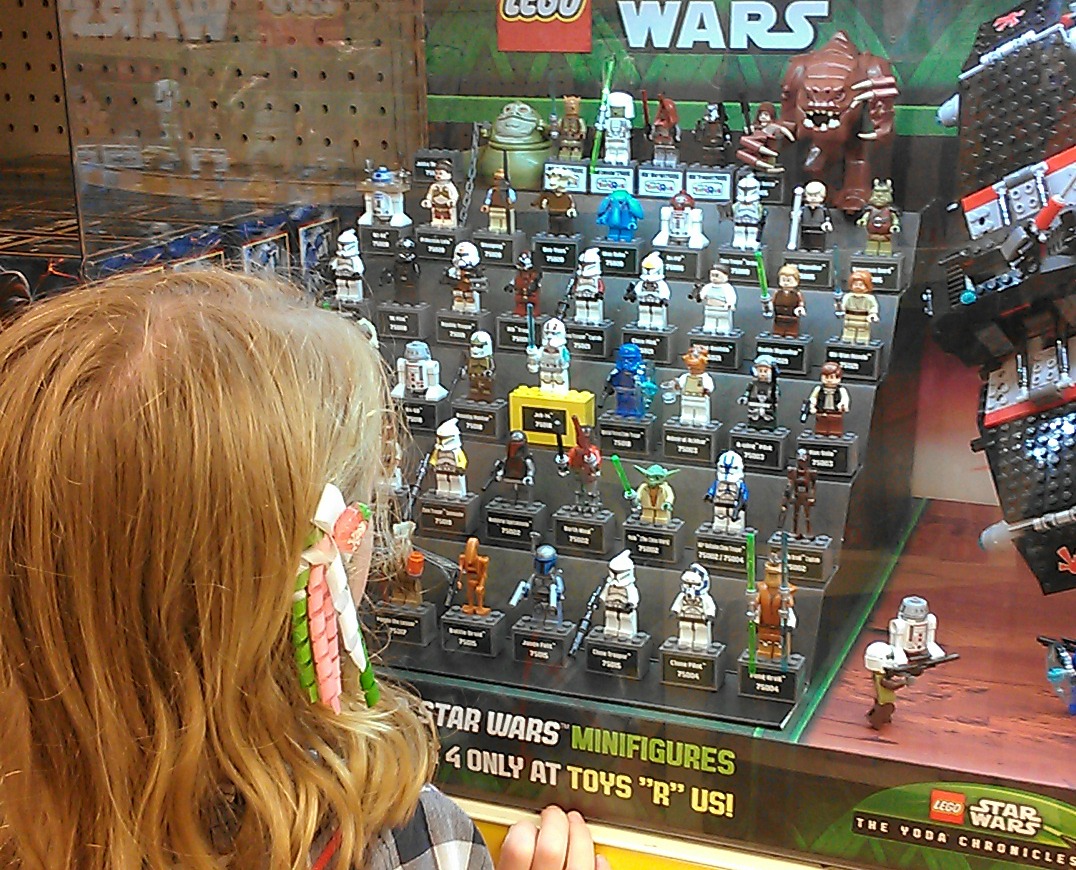 “Star Wars is my favorite movie, and I got so angry when we looked at the toys and it was all the boy characters and only two of the girls,” Elizabeth told her mother. “And the girls should be wearing different clothes!” 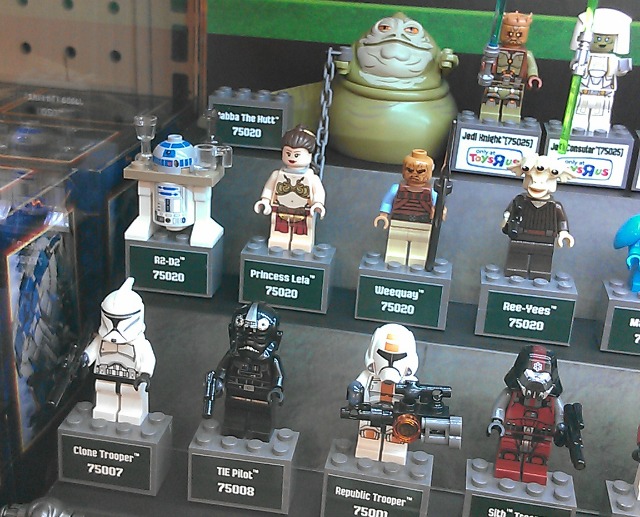 “There were only two girls: Padmé and Leia,” says mom Jackie. “I could have lived with that. There aren’t many other female characters in the galaxy, sadly. But the real problem was their outfits. Among their dozens of outfits, they of course put Leia in the slave bikini outfit and Padmé in a half-shirt.” After looking at the LEGO toys, Jackie had to talk about representation of women with her 6-year-old. It wasn’t the first time they’d had the conversation, and it won’t be the last.

When kids are telling adults that this stuff upsets them, it’s time to stop acting like sexism isn’t harmful. Elizabeth doesn’t deserve to be told that she’s overreacting or that she should get over herself. She deserves a world where girls can be heroes, where women aren’t edited out of merchandise or edited to become sex objects.

We can do better.

More on sexism and girls