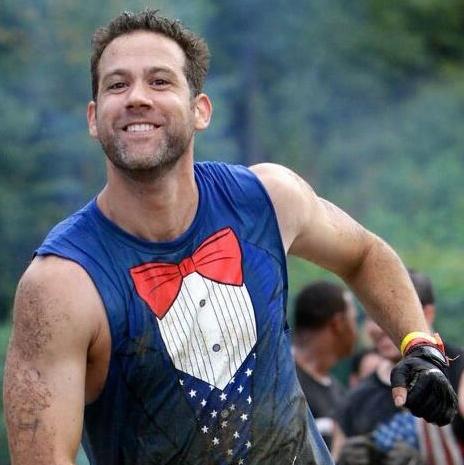 It happens every year, right around this time of year. The Elf comes out of his box and sits on his shelf. He moves around. He gets into mischief. You post pictures. It’s hilarious. (Not really.) But then disaster strikes!

t Your child does the unthinkable… she touches the Elf. That’s against the rules. She took away the Elf’s magic. She’s guilt-ridden and crying. Now the adorable spy won’t be able to report back to the Fat Man. It says so in the book! How will Santa know if your child is naughty or nice? What if the wrong presents are delivered? Christmas is ruined!

t I hate the Elf on the Shelf. It’s not the annoyingly “clever” pictures people post on Facebook. This year, I don’t even have to unfriend people who post more than one photo of what their Elf has been up to, I can just unfollow them. Thanks, Zuck. It’s also not because I’m Jewish and jealous that I don’t get to participate in the fun. We have our own little tattle-tale now, too. He’s called the Mensch on the Bench. I’m not sure what his story is. Don’t care. Not getting him. Also not getting Maccabee on the Mantel. (I’m waiting for the Schmuck on a Puck, which is going to be huge with Canadian Jews.)

t I don’t have many hard and fast rules about parenting. I try… really try not to judge other parents. But the one rule I have (for the sake of this article, anyway) and one of the things I can’t help but shake my head at other parents for is this: You have to keep your promises to your children. Of course, this includes the good stuff. If you say you’re going to Disney World, don’t take your kids to the dentist instead. That would be incredibly mean and only a little funny. But threats are also promises. If you say you’re going to “leave the playground if your child does that again,” you have to be willing to leave the playground. I’m not an unreasonable dad. I’m willing to repeat myself a couple times, but two or three chances is more than enough. I try not to draw lines in the sand if I don’t have to, because I don’t want my hand forced if one of my children calls my bluff. I’d rather leave myself some wiggle room, so I only give ultimatums as a last resort.

t I hate the Elf because he backs parents into a corner, issues an unreasonable threat and sends parents scrambling to clean up the mess.

t According to the story that accompanies each Elf, if you touch him he loses his magic. What a tremendous and unfair burden to place on a child! Don’t touch that magical creature who reports all your secrets to Santa Claus, the undisputed king of childhood fantasy! Are you kidding me? If you told me that tale, I would start poking that little dude as soon as you left the room. I wouldn’t want to. I would need to. And I’m 36. When you tell a child not to touch something, forget about it! That object becomes irresistible. But this isn’t a hot stove scenario. There’s no real reason for children not to handle the Elf (other than the fact that they look like they’re made out of tissue paper and may instantly disintegrate in your hands). The real danger is that, as the parent, you are going to have to make an excuse for your child disregarding this arbitrarily forbidden behavior. I hate the Elf on the Shelf because it sets up a threat that no parent is willing to follow through on.

t And I really hate the Elf on the Shelf when one of my friends starts freaking out about it on Facebook, because now I have to hate that person (as well as anyone who suggests that sprinkling cinnamon will counteract a child’s touch and bring the Elf’s magical powers back), too.

t If you get an Elf on the Shelf, toss the book. Make up your own story and rules. Don’t let some silly holiday tradition back you into a corner. And don’t issue threats that you’re not going to back up… or I will come to your house and push your Elf right off the shelf.