What looks like an awesome toy in the stores may not be the best choice for your child, or your nieces and nephews. These toys made the list of the top 10 most dangerous toys for the 2014 holiday season. Are any under your tree?

E. Drew Britcher, partner at Britcher, Leone and Roth was on hand to talk about toy safety, and shared the W.A.T.C.H. list of the 10 most dangerous toys for 2014. He recommends that you keep a child’s age and abilities in mind when selecting a gift. “Don’t try to be the cool uncle by buying your niece or nephew a toy that is marked for children older than their age,” he warns. You should also consider younger siblings in the home and whether a gift has any potential danger for smaller kids. “Besides the fact that younger children may get ahold of toys that pose choking hazards for them, tragedies are often built out of older children not considering the risk of showing off their toy to their younger siblings,” he says.

Check out these toys that you probably shouldn’t give to any kids anywhere. 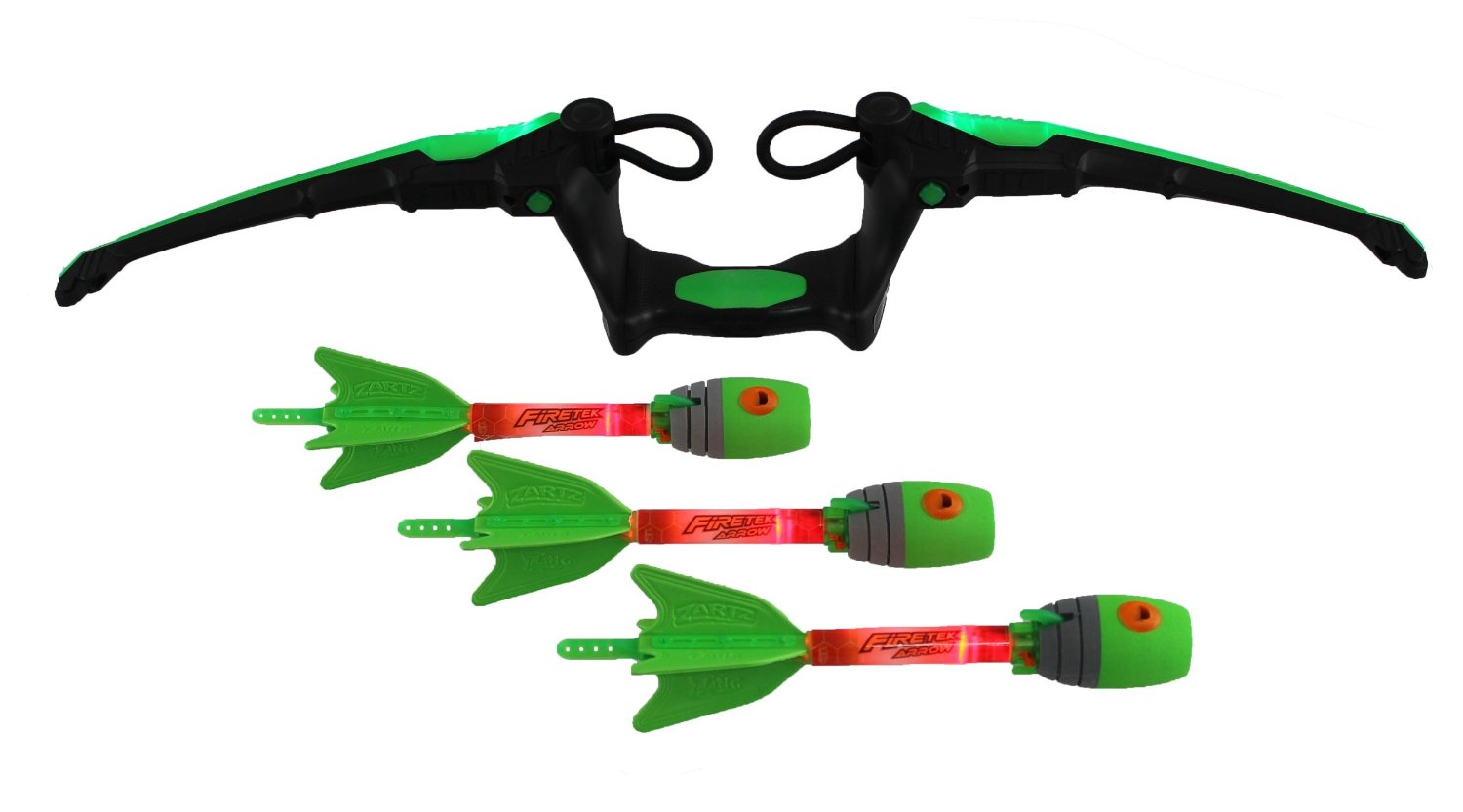 The Zing Air Storm Firetek Bow is a charmer of a gift with plenty of ridiculous warnings on the box. Sure, it looks awesome, but not only are you not supposed to pull the bow back all the way (what?), you’re not supposed to use it in total darkness, even though it has light-up arrows. (Amazon, $46) 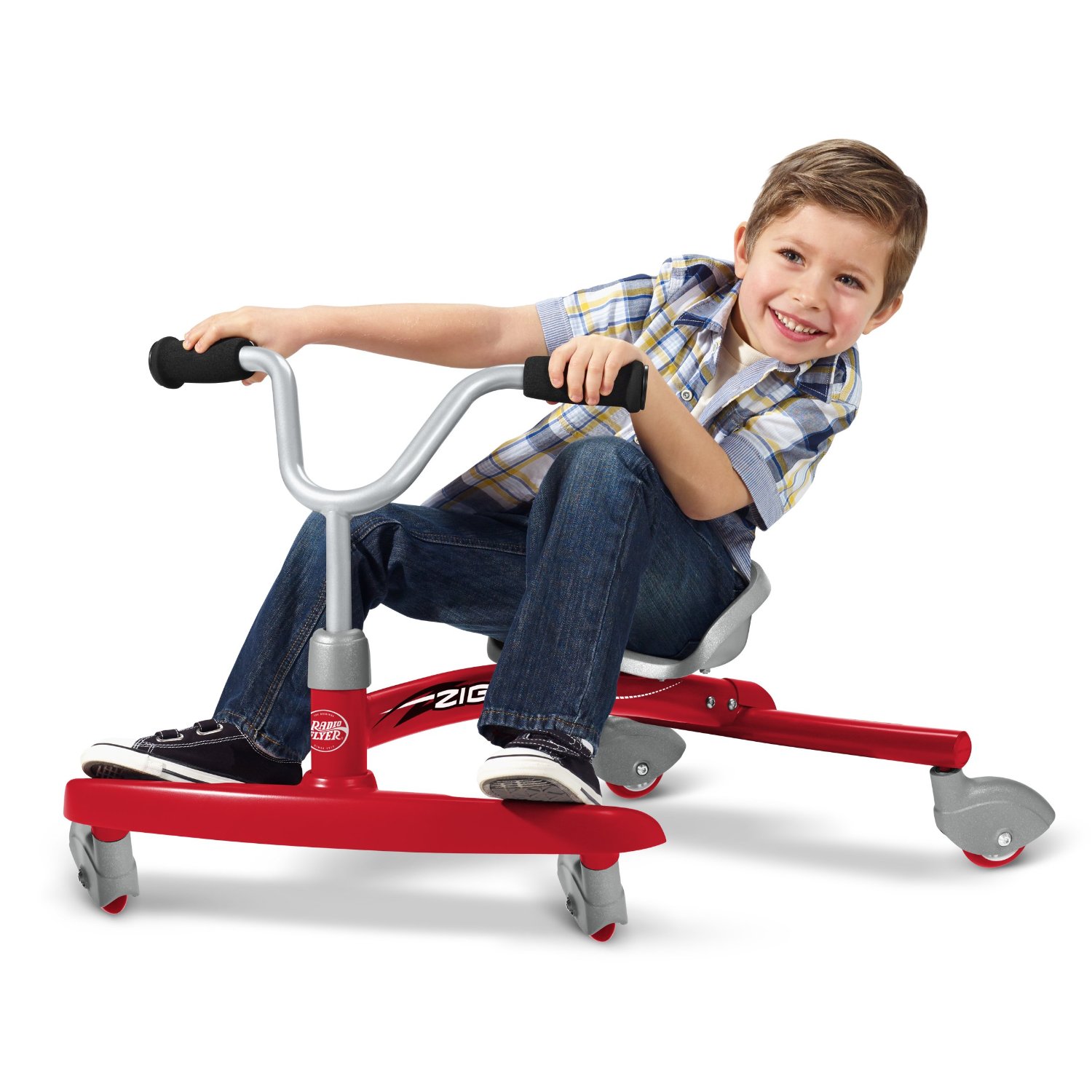 The Radio Flyer Ziggle will make your kid happy, sure, but the toy requires constant adult supervision. Oh, the high-centered seat is dangerous in and of itself, so as your child tries to pull a 360-degree spin, he may find himself on the ground. Bonus points for the product featuring photos of a child with no protective headgear, despite it being a listed requirement. (Amazon, $32)

The Catapencil is about as basic as a toy can be, and sure it’s appealing — but why would you arm a child sitting at a desk in the first place? Launching paper balls might be OK, but pencils aren’t toys, and who knows what other small projectiles she will pick up to pepper her classmates with? As Britcher says, “Anything with a projectile has the possibility for hitting someone in the eye!” (Amazon, $4) 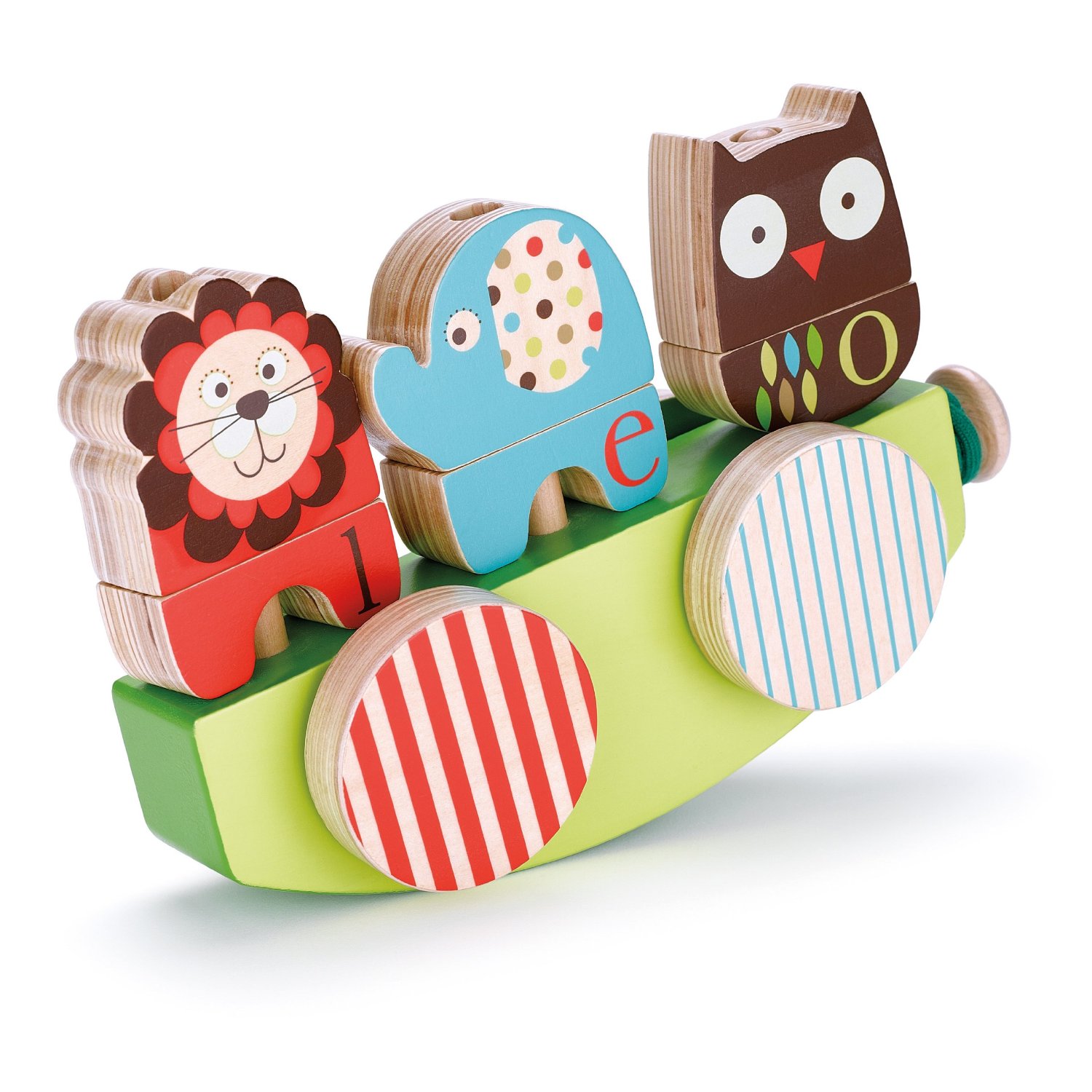 The Alphabet Zoo Rock & Stack Toy from Skip Hop is adorably appealing, but the picture doesn’t show the long cord that is a potential strangulation and entanglement hazard. The string on the toy is 20 inches long, and the manufacturer even notes the hazard on the toy’s packaging — yet fails to do so on the toy itself. (Amazon, $20)

The Electric Jag EM8 SWAT SMG Upgraded Metal Gears Airsoft Gun has a bright orange tip to alert police officers that the gun isn’t a real gun, so it’s OK to give to kids, right? Well, maybe not. Realistic guns, even if they’re fake, might get your kid in a dangerous situation. “Weapons are never appropriate for children,” says Britcher. (HobbyTron, $88) 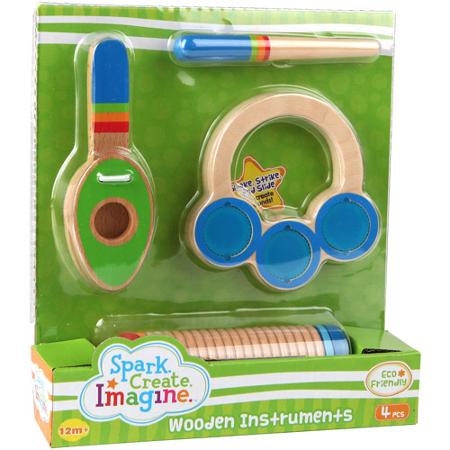 These wooden instruments are meant for babies 12 months and up. The problem? That drumstick. It’s cute, sure, but it can easily be a choking hazard. Apparently the manufacturer didn’t realize that. (Walmart, $10) 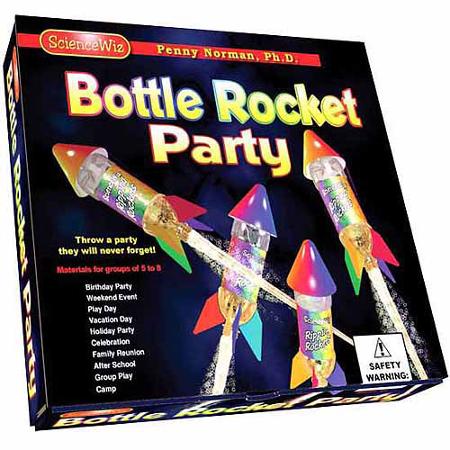 OK, the name of this kit is awesome, and I would have totally wanted it when I was a kid. Maybe I even want it now. Bottle Rocket Party? Sign me up! But you may not want to gift something that will allow kids to shoot projectiles into the air or into one another kid’s eyeballs. (Walmart, $12) 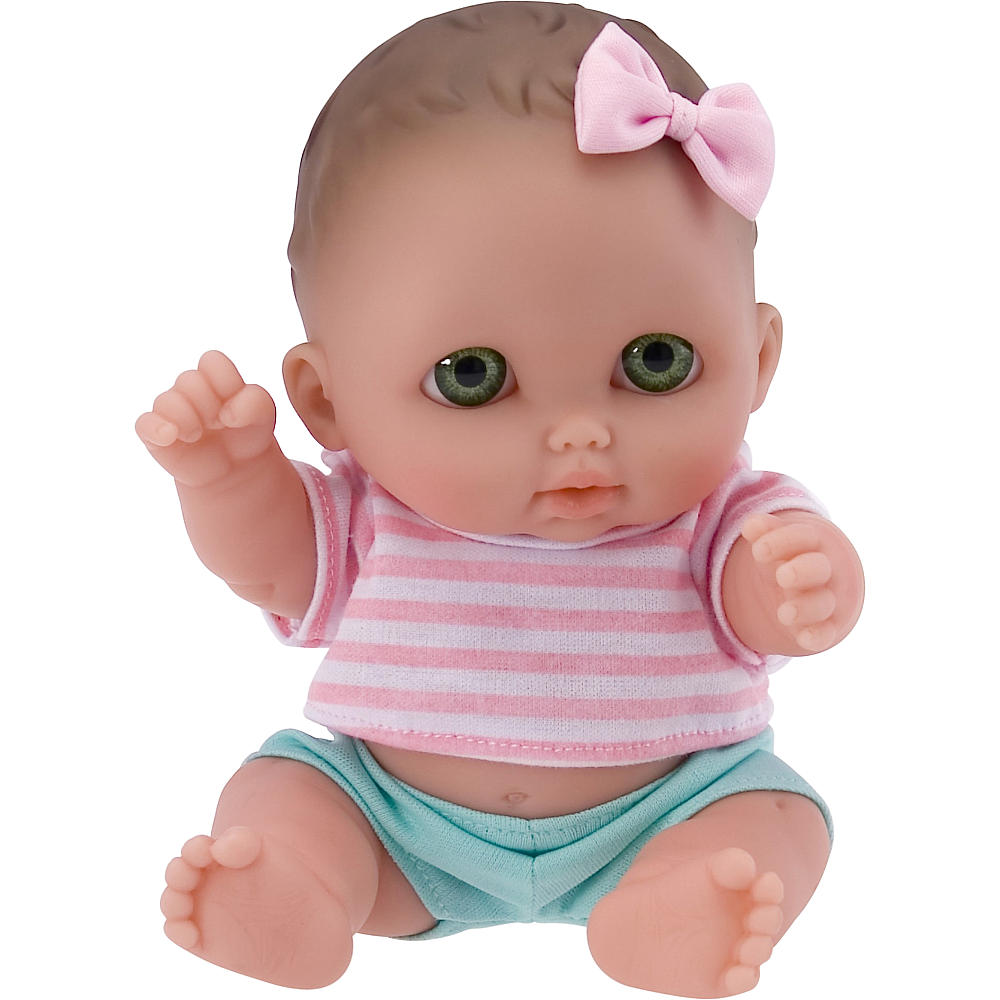 Face it, these Lil’ Cutesies baby dolls are adorable. Unfortunately, they are marked for kids aged 2 and up, but the little bow on the baby’s head can come off. Toddlers can and will eat bows, and there’s a possibility they can choke on them. (Toys “R” Us, $10) 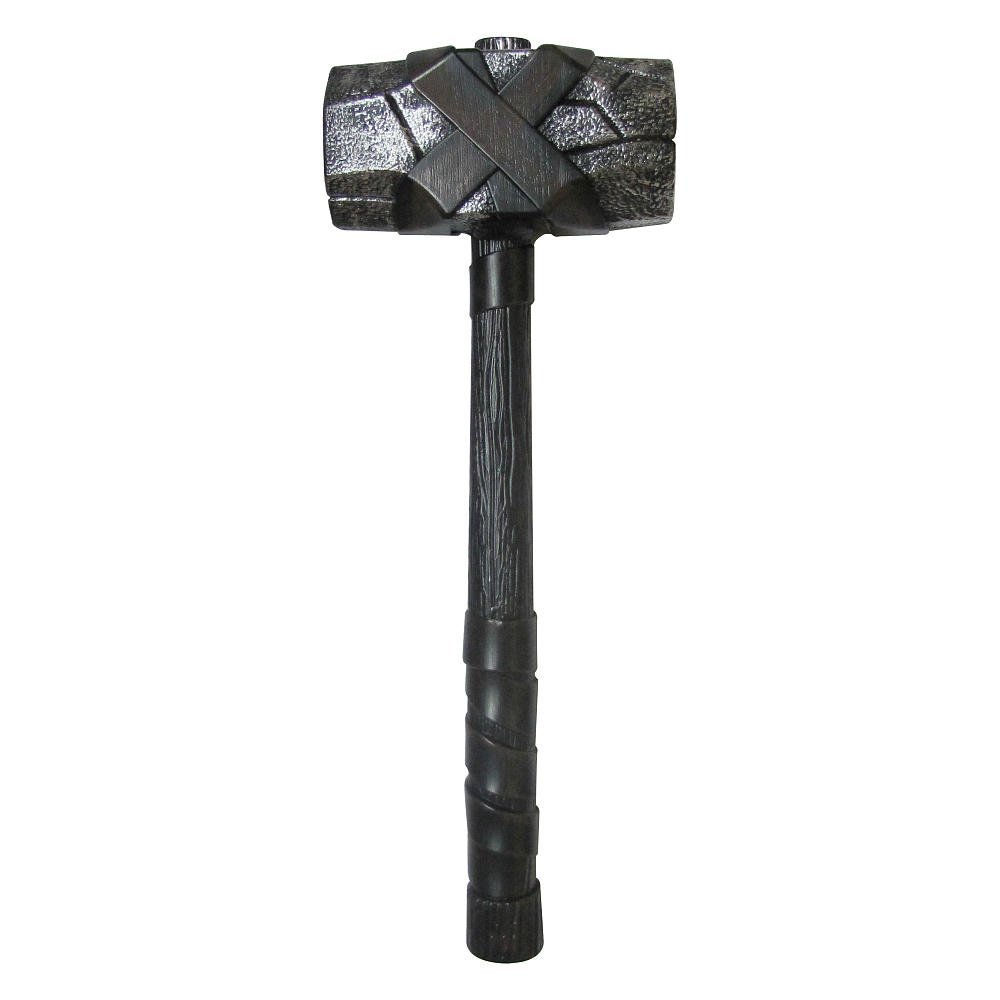 The True Legends Orcs Hammer is 23 inches long and wields enough brain-smashing power that your child will have no trouble bludgeoning his enemies to death. Oh, you don’t want your kids to beat people over the head? Maybe reconsider this. (Amazon, $17) 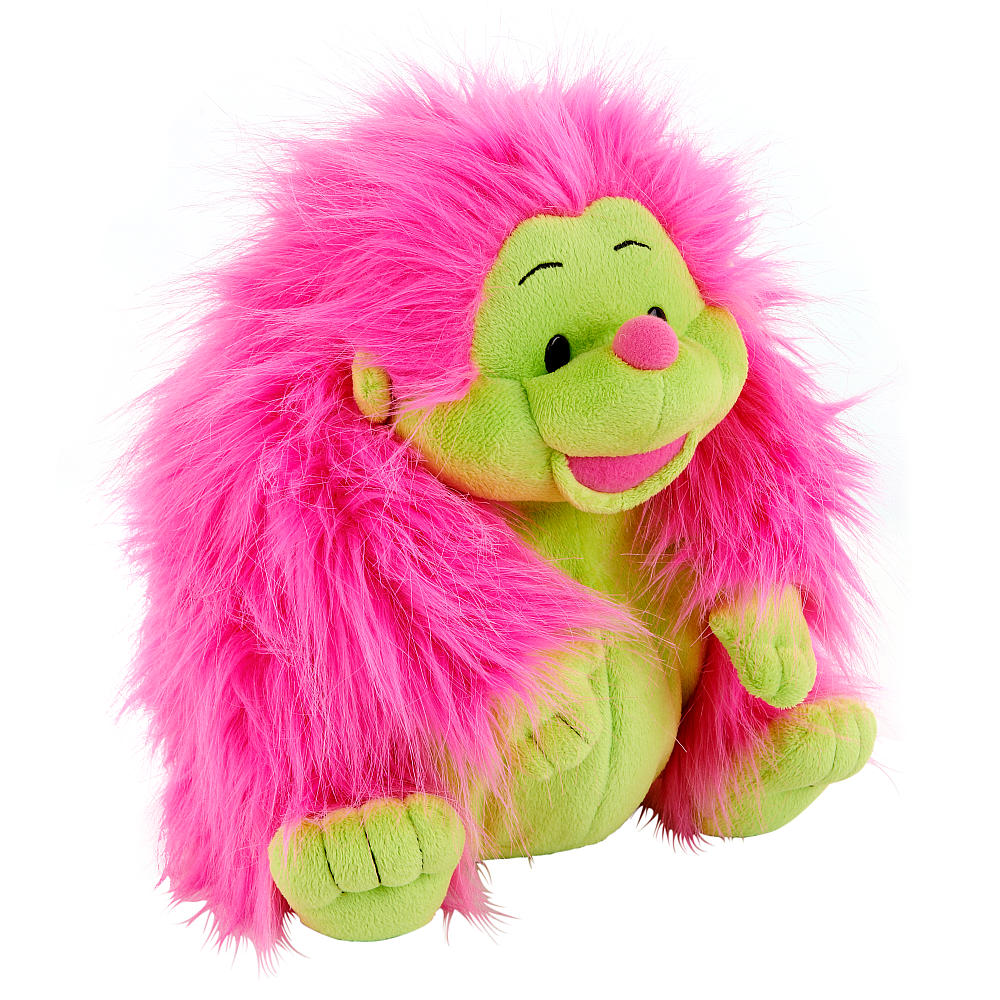 This pretty Colored Hedgehog from Toys “R” Us is supposedly suitable for infants from birth on up. Unfortunately, the fuzzy hair can be torn out and may pose a choking risk. (Toys R” Us, $11)

More on the holidays

7 hrs ago
by Amy Klein

7 hrs ago
by Raven Snook

7 hrs ago
by Eugenia Miranda Richman