When it comes to having a child and taking time off post-labour, maternity leave policies for the working woman are not equal across countries. In fact, in many places — even in those that are “industrialized” — women are left without a helping hand in raising their new-to-the-world wee one. Where’s the best place to have a child these days? We have the answer.

Related story As A Healthcare Worker & A Mother, I’m Exhausted 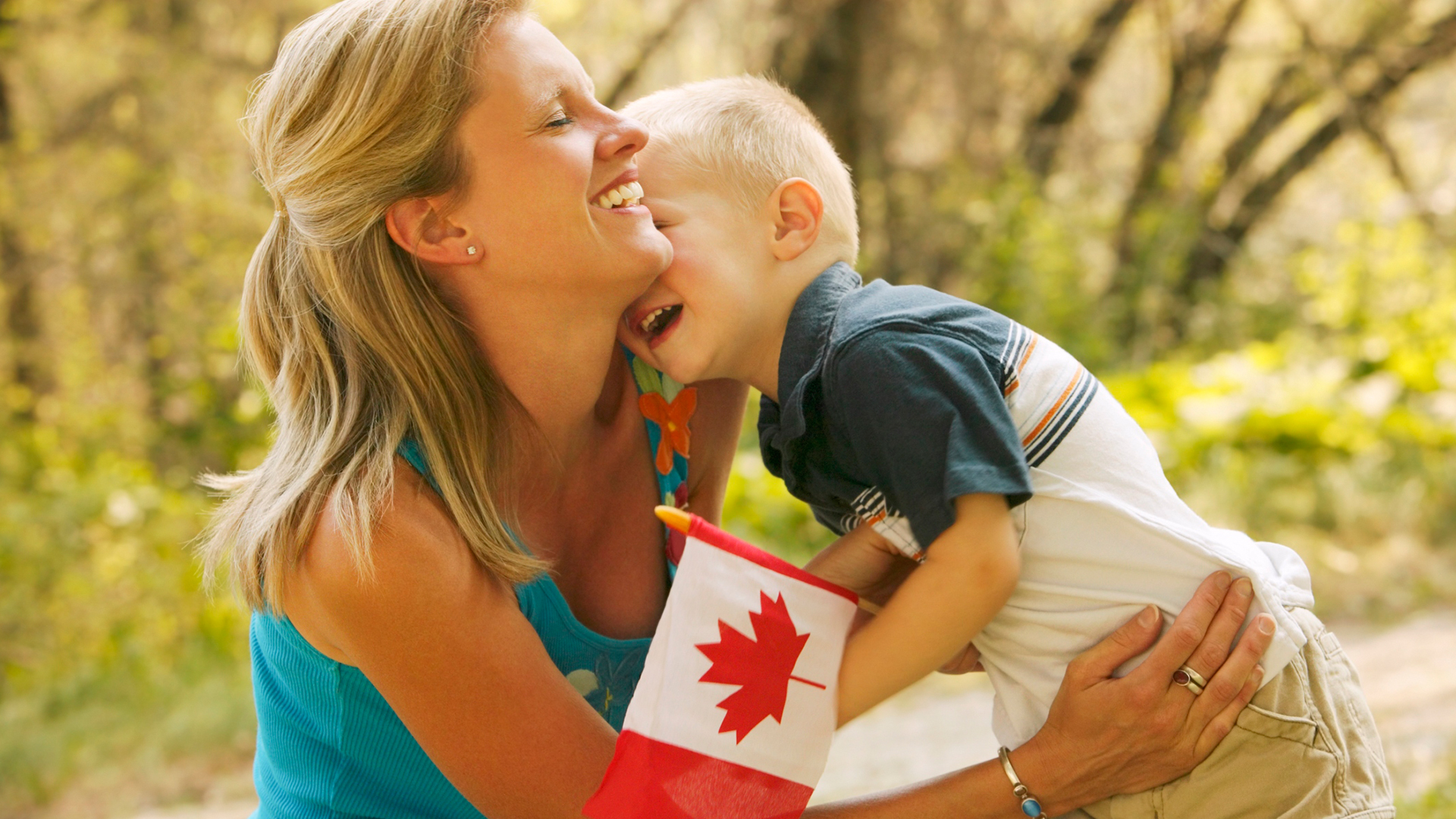 “I’m really lucky to live in Canada,” says Susan, a new mom from Toronto. She and several of her friends are currently off on maternity leave, and when they get together, they often talk about how happy they are to be moms in Canada. “Not only do I get a full year off with kids, I also have a lot of support from the community.” Support like mom and baby groups, playgroups and free health care.

Women in Canada will receive 55 per cent of their salary (capped at $485 a week) for the first 17 weeks of their mat leave; that’s province dependent. From there, it’s up to companies to “top up” a new mom’s salary. Dads can share in the responsibilities by taking paternity leave. Canada is also home to one of the world’s top children’s hospitals — The Hospital for Sick Children in Toronto, Ontario — and health care is universal (meaning free). The government also offers a child care subsidy to help families pay for the high cost of daycare.

On the surface, Brazil’s maternity leave policies aren’t the greatest: Moms get about 18 weeks off, and wages are covered 100 per cent. While the time off equates to only four months (and dads don’t get pat leave), it’s what the country does for parents when they return to work that counts: Child care is free (until the child goes to school, something that’s unheard of in most other developed countries). The hardest thing for parents in Brazil is managing household finances, given Brazil’s current economy — job security is low, and wages aren’t all that high.

The land of Ikea meatballs and Alexander Skarsgård has given the world something else to admire — its maternity leave policies. Parents (dads and moms) are encouraged to take time off to be with their children, and the 420 days can be taken over the course of eight years.

Desiree, 28, and her hubby Sam, 29, took time off together after having their first child and were able to share some of the parenting duties. It’s something Desiree cherishes to this day. “If we had lived in another country, the experience we had wouldn’t have been possible. While it would have been great to have more of our salaries covered, we can’t really complain.” Desiree adds that she appreciates that many of her health care costs are covered (Sweden’s system is a mix of public and private).

Even though Will and Kate have gone back to “work,” they are, under U.K. guidelines, entitled to more than their fair share of maternity leave. Similar to Canada, new moms get 52 weeks of mat leave, and salaries are up to 90 per cent covered. Plus, the health care system is public. The catch, however, is that housing and child care are hard to find. Ivana, 33, who lives in London, finds those challenges frustrating. “The key is to be organized,” she says. “If you get started on finding those things and have patience, you’ll find the right space to place your child and the right home to live in.”

China recently increased its maternity leave allowance for working women from 90 to 98 days to comply with the United Nations International Labour Organization’s rules and regulations. Couple that short time with the fact that there’s very little subsidized child care, and having a baby in China becomes downright tough. What helps is the familial tradition of grandparents moving in with their children to care for grandchildren so that the parents can work. Though budgets are tight, at least moms can rest assured their children are cared for when they return to work.

Prepare for your mat leave with a few of these tips >>

The land of laissez-faire, France is known and admired for its generous postpartum practices. Key goodies include stipends for in-home nannies, job protection and subsidized child care. “It’s a pretty lovely lifestyle,” says Jenna, 34, who lives in Lyon. “I do appreciate the lengths the government goes to to help us out.” On average, 70 per cent of health care costs are refunded. In terms of mat leave coverage, moms get 16 weeks off for their first child and 26 weeks for any others; wages are covered 100 per cent.

Mat leave policies in the U.S. are among the worst in the world. Moms receive only 12 weeks off postpartum, and 0 per cent of their wages are paid. Yep, you read that right — 0. What’s more, women aren’t guaranteed job security or other mat leave health benefits. It’s been reported that fewer than one-fifth of U.S.-based companies offer anything to their female/new mom employees, and parental leave is rarely an option for men. “It’s hard,” says Sophie, 37, a former Canadian who now lives in New York City. “But we really wanted to have a wee one… We do what we have to do, and having Sam [their son] was worth it.”

8 hrs ago
by SheKnows Editorial