March is Childhood Arthritis Month, a period devoted to bringing awareness and information on a condition we don’t always talk about but that deserves our attention. 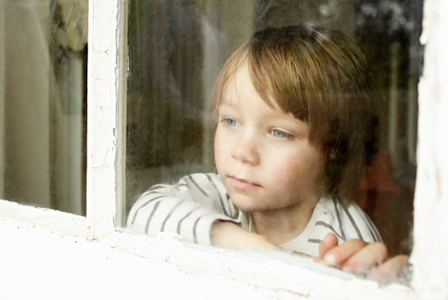 What is juvenile arthritis?

Commonly regarded as a disorder affecting only adults, arthritis can in fact strike anyone at any time, regardless of age. In fact, there may be as many as 24,000 Canadian children and adolescents suffering from some form of arthritis today.

Parenting is unquestionably one of life’s great joys, but regrettably some parents have to deal with chronic illness in their children. As a rheumatologist at Toronto’s Hospital for Sick Children, I witness first-hand the challenges faced by families with a loved one who has to deal with the impact of juvenile arthritis, which frequently begins in preschool-aged children and persists into their adult years.

A painful condition no child deserves

Imagine if your child were unable to run, play and keep up with her friends because of painful and swollen joints. Everyday activities most children take for granted, such as getting dressed, carrying a backpack to school and walking up a staircase, may be difficult for some children with arthritis. Some subtypes of the condition, such as systemic juvenile idiopathic arthritis, can result in debilitating pain, fevers, skin rashes and fatigue on a regular basis.

Hope for the future

Because juvenile arthritis is a rare disease, many people aren’t aware of what can be done to support the children and families affected by this condition. The good news is that research, including clinical treatment trials conducted at SickKids, is evolving all the time, and new options are now available to Canadian children with arthritis. Those who do not respond well to conventional arthritis treatment can now be treated with biologic agents, which work by blocking specific parts of the immune system that are involved in causing inflammation of the joints. The impact of this research and the positive effects of these newer treatments on the lives of these patients can be very dramatic.

One such example of how lives are being made better is my patient Desmond, who has suffered from juvenile arthritis since the age of 2. His mother describes his symptoms best, recalling that “Desmond began suffering from high fevers, rash and stiffness, symptoms so severe that we were carrying him to the bathroom.” However, within an hour of his first biologic treatment, “He was running around in circles. It was a 100 per cent improvement.” Today Desmond rides his bike and can kick a ball. His mother says he is full of energy, has no nighttime pains and is making the most of his childhood thanks to treatment he received at SickKids.

This year, let’s strive to make Canadians better informed about juvenile arthritis, and during Childhood Arthritis Month, take a moment to learn about this debilitating condition and its effect on those living with it, and not forget to share what we learn.

Childhood obesity: How big of a problem is it?
Natural ways to boost you child’s immune system
5 Ways to tell your child’s cough is more than a cold