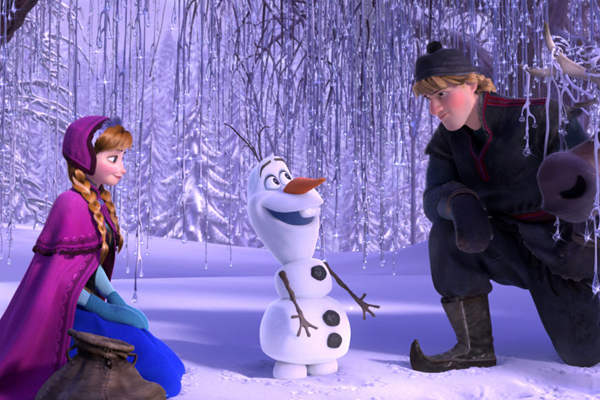 OK, full disclosure — Disney princesses are probably not the most realistic portrayals of women. They’re all unbelievably gorgeous and thin, have killer sets of pipes and have woodland creatures helping them dress in the morning. We don’t know about you, but that certainly never applied to us… Our dog did drag one of our slippers to us that one time, but that doesn’t count!

In a brand new petition on Change.org, a high school junior named Jewel Moore is urging Disney to create a plus-size princess whom fellow curvy girls can relate to. Now that’s just amazing!

Why should Disney have a plus-size princess?

“I’m a Junior in high school named Jewel. I made this petition because I’m a plus-size young woman, and I know many plus-size girls and women who struggle with confidence and need a positive plus-size character in the media,” reads the introduction to the “Make Plus-Size Princesses in Disney Movies!” petition.

Continuing, “If Disney could make a plus-size female protagonist who was as bright, amazing, and memorable as their others, it would do a world of good for those plus-size girls out there who are bombarded with images that make them feel ugly for not fitting the skinny standard.”

First of all, we would like to applaud this young woman for taking a stand on an issue she truly cares about. That takes courage. Second, we’d like to point out that this petition already has nearly 19,000 signatures! So Ms. Moore is well on her way to the goal of 25,000 signatures.

The petition has garnered significant attention recently and was covered by several influential media outlets, like People magazine. It has also started a pretty passionate debate about body image, which is not surprising.

Would it promote unhealthy lifestyles or boost confidence?

Some folks, for example, are wondering if the petition is seeking a representation of a curvy princess or an overweight princess, pointing out a potential hazard in promoting unhealthy lifestyles. We can see the concern, considering the rising obesity rates and the influence of visual media on youth. But will an overweight princess actually affect a child’s eating habits?

The Jungle Book movie? OK, but Disney needs to stop >>

Some have pointed out that Disney should have a plus-size princess regardless of the health implications, because she will simply be a relatable character for many children in the world, not a promoter of any particular eating habits. Which is also a sound point. Children often have no control over their food intake and hence their weight; it primarily rests on the choices of their guardians. It seems hardly fair to leave them without a relatable Disney princess.

It’s a tough call. If this petition does gain enough support and Disney decides to act on it, the decision concerning the physical attributes of the plus-size character will be entirely the company’s choice. But we’re wondering, what do you think of this petition?

What?! The Queen thinks Kate Middleton’s skirts are scandalous
Willie Nelson, Carole King and Grammy performances worth seeing again
Rowling: Harry and Hermione should have ended up together!