In the past few decades, women have been having children later and later in life. When it comes to conception and fertility, there are some special considerations regarding delayed child-bearing to keep in mind when you’re over 35 — for your health and that of your unborn child’s. 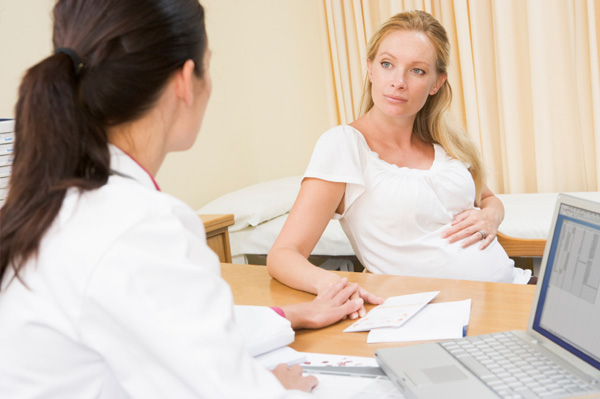 Fertility doesn’t last forever, and as you age, your chances of conceiving decrease. According to The Society of Obstetricians and Gynaecologists of Canada (SOGC), the chance of getting pregnant in one cycle starts to decline by age 32, and this decline becomes substantially more evident when a woman reaches the age of 37.

Increased use of reproductive technology

Because of longer conception time and the decreased number of viable eggs in a woman over 35, many turn to the help of reproductive technology to achieve pregnancy. This can include such methods as controlled ovarian hyperstimulation with intrauterine insemination, in vitro fertilization and oocyte donation (egg donation). Each procedure comes with its risk factors, which can become more complicated with increased maternal age.

As noted by SOGC, a large study done in Denmark reported that the calculated risk of miscarriage for women over 35 was more than double that of women in a younger age group. Chromosomal abnormalities are typically found to be the cause of first-trimester miscarriages in pregnant women of advanced age.

In September 2011, the Canadian Institute of Health Information published the results of a three-year study that showed incidences of chromosomal disorders to be four times higher in women 35 and older than in the lower age categories. Women over 35 are more likely to present with fetuses that have chromosomal aneuploidy, including Down’s syndrome, gene abnormalities and congenital malformations.

We’ve all heard the stories of women who wait a little longer to start their family and end up pregnant with twins. It’s a real consideration when it comes to conception and pregnancy after the age of 35. Data from the Centers for Disease Control and Prevention have shown that between 1980 and 2006, twin birth rates climbed 27 per cent for mothers over the age of 20, compared with 80 per cent for women aged 30 to 39 and 190 per cent for mothers 40 and older. These percentages are based on both naturally conceived twins and those conceived through the use of artificial reproductive technology.

It’s not all doom and gloom!

The outlook is not all doom and gloom when it comes to conception and pregnancy after the age of 35. There are a few benefits that come with age that can have a positive impact on both your pregnancy and your parenting years. Many older women have higher educations, often delaying starting a family until they reach a certain job level. With that comes a better chance of obtaining financial security before becoming pregnant, resulting in a lower stress level for the mother.

If you plan to become pregnant after you’re 35, Dr. Dan Reilly, associate clinical professor at McMaster University’s Department of Obstetrics and Gynecology, says, “It is important that older women follow the recommended schedule of physician or midwife visits in pregnancy and have recommended screening performed. If complications occur, then treatment can begin promptly.”

For more information on delayed child-bearing, read Delayed Child-bearing by The Society of Obstetricians and Gynaecologists of Canada, January 2012.