“Have sex every day for one month.” “Have sex only in the missionary position.” “Eat wild yams.” Ask any woman, and chances are she’ll tell you at least one piece of advice she’s heard that supposedly increases your odds of getting pregnant. But when it comes to such an important life decision, it’s best to rely on the facts. Here are five medically proven things you can do to better your chances of having a baby. 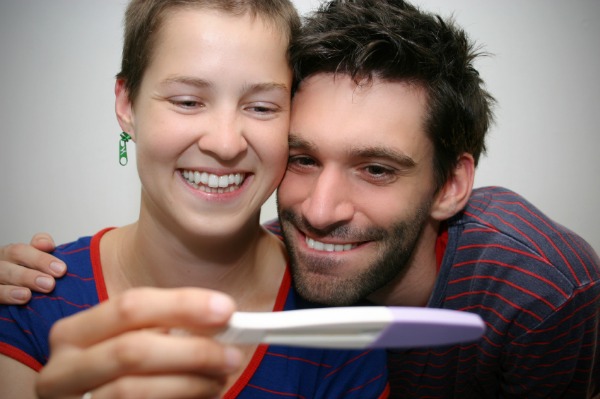 According to The Fertility Clinic at London Health Sciences Centre, being overweight or underweight affects ovulation and can lead to subfertility. Calculate your body mass index (BMI) to verify you’re maintaining a healthy weight for your height. By staying within your targeted BMI range, not only will you be optimizing your natural fertility, but you’ll also decrease your risk of many diseases and health conditions, including hypertension, type 2 diabetes, coronary heart disease and stroke.

Dermot O’Connor, an acupuncturist in Dublin, Ireland, and author of The Fertility Code, has helped thousands of couples conceive, and he recently said in an interview with the Daily Mail Online that “even a relatively small intake of caffeine can have a seriously negative effect on conception. Once you’ve had three cups of coffee, it’s the same as smoking 25 cigarettes a day.” Health Canada recommends that women of reproductive age consume no more than 300 milligrams of caffeine per day.

The American Society for Reproductive Medicine (ASRM) warns that smoking has an adverse impact on a woman’s ovaries, causing accelerated loss of eggs and lowering of reproductive function, and it might even advance the onset of menopause. Think you’re safe because you’re a “social” smoker who has a cigarette only on occasion? Think again. The ASRM says the negative impact on the passive smoker is only slightly smaller than for an active smoker. Your partner isn’t off the hook either. If you’re not a smoker but your partner is, let him know that smoking damages sperm, making him less fertile.

According to Psych Central, a 2010 study conducted by researchers at Oxford University and the U.S. National Institutes of Health, which evaluated the data of 274 healthy women between the ages of 18 and 40 who were trying to become pregnant, found a link between high levels of stress and reduced chances of a woman conceiving during the fertile days of her monthly cycle. Try different ways to manage stress, such as practicing yoga or meditation or getting support from a qualified therapist.

If your menstrual cycle is regular, tracking your period for two or three months will give you a fairly good idea of your “fertile window” (that is, the day you ovulate and the four or five days prior to that), otherwise known as prime baby-making time for you and your partner. Determining when you’re ovulating can be achieved by paying attention to daily changes in your basal body temperature and cervical mucus. If you’re having trouble getting attuned to your body’s signals, an ovulation predictor kit purchased from the drugstore might be a reliable method.

Secondary infertility: What you should know
What is hyperemesis gravidarum?
14 Ways to keep the spark alive when you’re trying to conceive