Kate Middleton’s recent bout with hyperemesis gravidarum shone light on how difficult pregnancy can be on women, regardless of social standing. Did you know these other celebrity moms had challenging pregnancies as well? 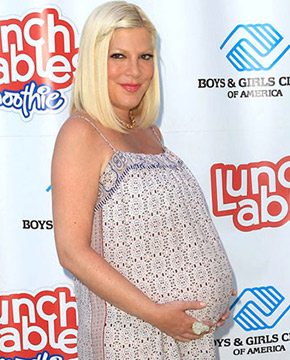 Tori Spelling‘s fourth pregnancy was so difficult she nearly lost her life. She was diagnosed with a condition called placenta previa, which involves the placenta covering all or part of the opening of the cervix. The condition can lead to bleeding so serious that it can become necessary to terminate the pregnancy. The actress was put on bed rest and eventually gave birth to a son 37 weeks into her pregnancy. But even then her troubles were not over, as the surgical scars ruptured three weeks afterward, and emergency surgery was necessary. Fortunately both mom and baby are alive and healthy now. 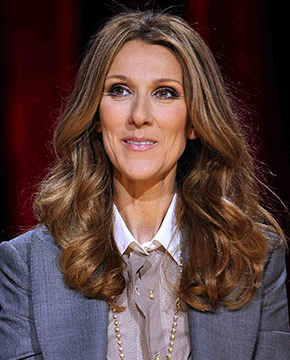 Our very own Canadian singing beauty is often photographed strolling around happily with her twin sons. But what isn’t as frequently discussed is the fact that she actually started off with three babies. Unfortunately she lost one of them early in the pregnancy. She tries to bravely look at it as though he “stepped back” to make room for the others, but it’s certainly a challenging and painful experience to go through no matter how positive you try to be. 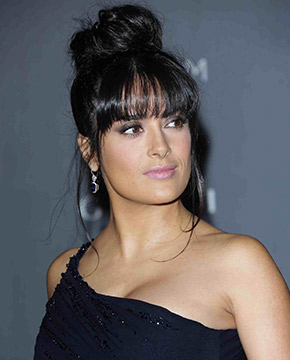 Salma Hayek had a particularly difficult pregnancy, coping with gestational diabetes, which can lead to a variety of challenges and birth defects. And up until shortly before the birth of her daughter, Valentina, Salma was led to believe her unborn child might have Down’s syndrome. Fortunately her beautiful baby girl was born perfectly healthy. 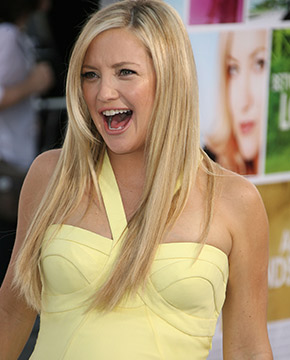 Kate Hudson may have had a pretty simple pregnancy with her first child, but that wasn’t the case the second time around. She reported experiencing pregnancy acne and severe hair loss and had an incredibly hard time losing the post-baby weight. So just because you’re famous, it doesn’t mean you feel instantaneously beautiful during and after pregnancy! 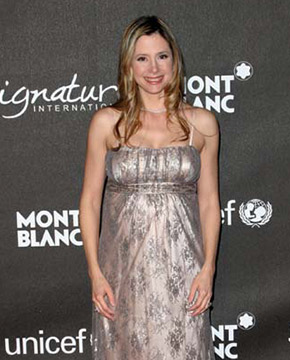 Like Tori, Mira Sorvino was diagnosed with placenta previa in her third pregnancy and later a blood clot, which led to her hospitalization for nine weeks of her pregnancy. But despite her possibly life-threatening condition, baby Holden came into the world perfectly healthy. 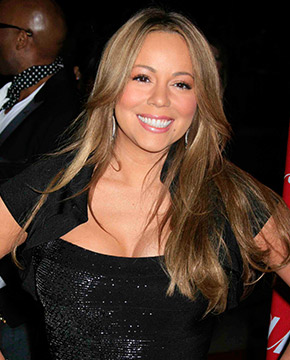 Mariah Carey also dealt with gestational diabetes, and that she was carrying twins certainly didn’t make things easier for the singer. Even after being put on bed rest, she reported that she was in a great deal of pain due to the weight of carrying two babies.

36 mins ago
by Candice King

17 hrs ago
by Isobella Jade