Arguments happen. And with teenagers, they can happen often. To recover and learn from conflicts and arguments, parents must develop resilience and be willing to move forward, continue to communicate and find resolutions with their teens. 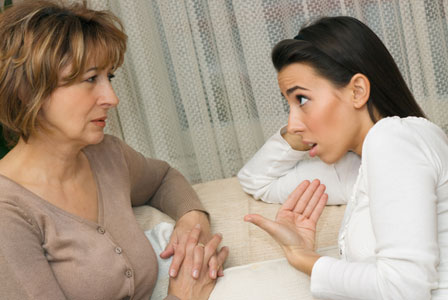 As teenagers explore their independence, they often find themselves in conflict with their parents, and inevitably arguments break out. Both sides need to handle arguments with maturity and learn how to grow and move forward together.

During any argument, parents need to try their best to remain as calm and cool as possible — even though that won’t always happen.

“Yelling serves no purpose,” says psychologist and neuropsychologist Dr. Raphael Wald of Palm Beach Psychology Associates. “If you have a hard time not yelling when disciplining your child, try to begin viewing discipline as a business transaction. Effective business people understand that berating people is ineffective, because it makes it difficult for the other party to hear your message. Be sure to remain calm and even keeled.”

It’s important that parents develop resilience when dealing with their kids. There are going to be moments — many moments — when you don’t get along with your teens. But arguments don’t have to permanently damage your relationship.

“When things are heated, it’s OK to lower your voice and say ‘excuse me, I need to take a break” and walk to another room,” explains Dr. Kimberly Williams, Psy.D. If you need a breather, take it.

To recover from an argument, it’s important for parents to admit they made mistakes and take responsibility for their actions.

“After an argument, accept responsibility, model responsibility and say ‘I’m sorry’ or ‘I made a mistake,'” says Williams. “If a parent still wants to make a point, they can say, ‘I apologize that my emotions got out of hand. It was not proper to respond by yelling. I’d like to talk about this situation with you calmly now.’ Teens will respect you for asking them for forgiveness.”

Allow your teen to cool off

You probably need a break after an argument, and so does your teen. Respect that fact, and give them a cooling off period.

“Give your teen their space after an argument,” says Allison S. Baker, M.D., director of the Adolescent Program at ColumbiaDoctors Eastside. “Allow them to cool off in their room even if they slammed the door in your face. Later that day, circle back with your teen and let them know that you would like to try and resolve the issue. Communicate to them that you recognize the role you played in the argument and that you are really trying to understand their perspective. Know that sometimes in these situations, as a parent, you have to give to get.”