We all want our teens to behave maturely. However, sometimes they make what parents consider poor decisions without the foresight of consequences. When will your teen truly be mature and “grown up?” 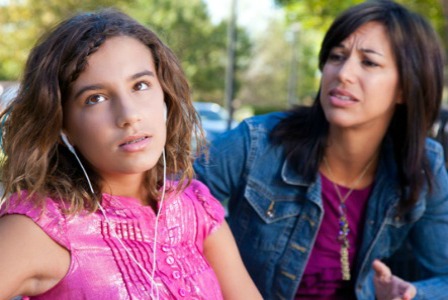 Teens go through a self-discovery process. Their social, communication, problem-solving and decision-making skills are improving all the time, along with their acceptance of responsibility. However, along the way they may take unnecessary risks without thinking their actions through. Though immaturity can be due to a variety of factors, some of them may be out of your teenager’s control.

“Social maturity is a product of development,” says Michael Sweeney, Ph.D., director of the Metropolitan Center for Cognitive Behavior Therapy. “A socially mature act — say, coming home at curfew — is the interaction of several developmental skills:

If your child is lacking in any one of these skills, he or she may not be home on time.”

According to many experts, social maturity is linked to the developmental stage of the teenage brain. Therefore, a lack of maturity in teens can actually be attributed to physiological reasons, not just environmental factors or behavioural issues.

“Adolescent brains are best characterized by lopsided development,” explains Allison S. Baker, M.D., director of the Adolescent Program at ColumbiaDoctors Eastside. “The area of their brain that is responsible for instinctual reactions — the amygdala — including fear and aggression, develops early. However, the area of the brain that controls reasoning and our ability to plan and delay gratification — frontal cortex — develops later. This developmental gap accounts for why many teenagers can behave impulsively, irrationally or take risks in a way that is qualitatively different from adults. They are less likely to think before they act and hard wired to act on impulse.”

Dr. Cynthia Edwards, professor of psychology at Meredith College, explains: “Recent advances in neuro-imaging have allowed us a better understanding of the teenage brain. Something that has long baffled both scientists and parents is that, at the same time adolescents seem to be gaining in higher order thinking and reasoning, they also show sharp increases in risky behaviours. Neuroscientists now think that this dichotomy may be the result of the different rates of maturation for two different areas of the brain.

“The prefrontal cortex, which is responsible for higher order thinking and reasoning, develops at a steady rate from childhood to adulthood,” Edwards, who has a Ph.D. in developmental psychology and specializes in adolescent social development, goes on to say. “This results in improved control over impulsiveness from childhood to adolescence to adulthood. At the same time, the emotion and sensation-seeking centres of the brain show a developmental peak between the ages of 10 and 15. This puts these two areas of the brain out of sync with each other during adolescence and may account for some of the odd combinations parents observe between more mature reasoning and seemingly irrational risk-taking.”

When will things change?

Many parents are left wondering when their teen will actually grow up and begin to act with maturity.

Everyone matures at different rates, and levels of maturity vary widely, making it difficult to say when maturity has been reached.

“Because of the different rate of development, some teens brains have varying levels of white matter, which controls impulses,” says Williams. “As white matter matures, speed of processing and impulse control is heightened, which can lead to risk-taking behaviours.

“The executive functions are the ‘CEO’ of the brain and manage attention, focus, planning, organization and emotions. The less mature brains make mistakes with interpreting the intentions of others and can be very egocentric in thinking. The less developed prefrontal cortex is often inefficient in problem-solving and resolving conflicts.”

Does the connection between maturity and brain development mean you should excuse your teen’s behaviour? Absolutely not. However, it does give some insight on why your child behaves like he does. With a little patience, planning and mutual respect, parents can make it through the teenage years.