The transition from tween to teen is a major turning point, but do you know what’s really going on beneath the surface? Your tween isn’t just experiencing physical changes; significant brain development is happening too. 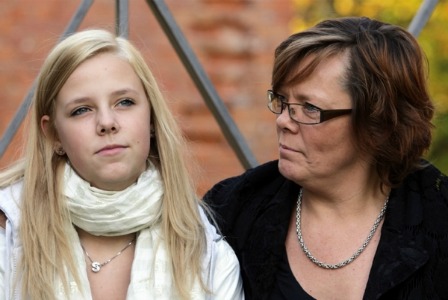 What are researchers finding out about this transition period, and how does it affect the way you communicate with your child?

Just when you thought you had your tween all figured out, she turns into a teenager. The way you communicated when she was in middle school might not cut it anymore. Researchers have determined that human brain development continues until the early 20s — much longer than previously believed.

According to the National Institute of Mental Health, areas of the brain involved in more basic functions, like sensory processing and controlling of movement, mature first. Parts of the brain responsible for controlling impulses and planning ahead — more adult-like behaviours — are among the last to fully mature. This changing balance of brain maturation provides some insight into teenagers’ tendencies to act impulsively or without regard for their safety.

The capacity for abstract thinking begins to kick in during the transition between the tweens and the teens. This higher level of thinking means your child can now reason beyond simple facts and events and can add logic and personal reflection to the mix.

Why they act that way

The addition of abstract thinking patterns to your teen’s brain causes them to begin to imagine what others think of them. One way this presents itself is through the concept of imaginary audience. Teens imagine everyone is watching them and paying attention to what they say and wear. They develop a distorted self-image and become very self-conscious, especially when in public.

Another way this distorted thinking presents itself is called personal fable. Because of the belief that everyone is looking at them, teens develop a distorted sense of their own importance. During this phase, they believe they will achieve great things in their life, like becoming a professional athlete, movie star or famous singer.

What do these changes in brain development mean for your relationship with your teen? Knowing there is a biological and developmental reason for the way they act can help you communicate with them in a more positive manner. When your teen acts overly sensitive to a comment, realize she is going through a stage of brain development, and don’t overreact. Try to be tactful and build her confidence when making any comments about your teen’s appearance or the clothes she chooses. If your teen feels that everyone is watching her, explain gently that most teens feel the same way she does, but in reality people are not really watching her.

When your teen begins to boast and brag about unreasonable life goals and aspirations, recognize that this is a sign of cognitive growth, and be patient. You don’t have to acknowledge each and every unrealistic statement or goal either. It’s OK to just listen, no matter how out of touch the dreams seem. As your teen matures and moves past this phase, he will only remember that you were supportive of his goals, whatever they may be.

So many big changes happen to your tween as she moves on to her teenage years. Knowing a bit about the brain maturation that happens during this time can help you be prepared for each new phase that comes your way.