We’ve heard of the “terrible twos” and know toddlers are full of energy and curious about everything. What exactly makes the toddler so “terrible”? Is it their bossiness? Their knack for referring to everything around them as “mine”?

Related story We Need To Remember That Parents Have Milestones, Too
Parenting toddlers 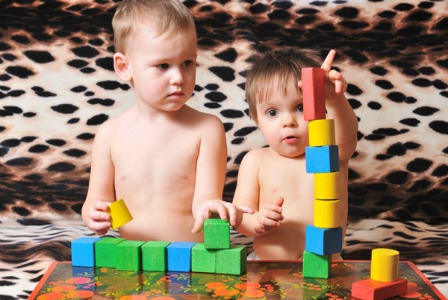 Below are ways to deal with your cute little toddler as he tests his limits and environment while his motor, social and language skills develop.

When your child turns 1 year old, they begin to learn how to walk, talk and explore everything around them. While each child is different, it is quite likely that your toddler will misbehave at some point, and it’s never too early to teach them the difference between right and wrong behaviour. Below are tips to deal with your little tyke.

Your child begins to explore everything around them, as he doesn’t need to be carried all the time to get from point A to point B. The older your toddler gets, the more he will assert his independence physically, so be ready for the minor scrapes and bumps. Be sure to toddler-proof your home to ensure your child remains safe. This includes installing electrical outlet plugs and staircase fences, and moving sharp objects or glass out of your toddler’s way. You can help them develop their motor skills and brain function by the toys you give them. Psychotherapist and columnist for Babble, Heather Turgeon suggests using toys like books and puzzles rather than flashy new toys.

While your toddler is asserting his independence, he may get possessive, claiming everything is his, especially if he’s learned how to speak a few words at this point. Constantly telling you what belongs to him and what he wants makes it easier to learn about what your child wants, but this also makes him more demanding. Turgeon reminds parents not to spoil their children. For example, if you’re at the mall and your child grabs something and claims he wants it, instead of just telling him he can’t have it or giving in to avoid a tantrum, Turgeon suggests you first connect with your toddler’s emotions. She suggests saying something like, “I know you like this toy and it must be a lot of fun,” but following up with something like, “but today is a looking day, not a buying day.” By stating the reality and not over-explaining or negotiating, you can work with your child instead by problem solving and suggesting something like, “Maybe we can put this on our list of things to get for a buying day.” This way you’re connecting the emotional centre of your toddler’s brain with his rational centre, something that will encourage the ability to self-regulate.

While toddlers can physically assert their independence, some are able to say only a few words, like “yes,” “no,” “I want,” “Mom,” “Dad,” “mine,” and not put proper sentences together yet to fully express themselves. Because of this, they can develop a habit of biting or pinching others randomly, and this is especially important to avoid in preschool or on the playground. Heidi E. Murkoff, Arlene Eisenberg and Sandee E. Hathaway, authors of What to Expect: The Toddler Years, explains that some toddlers bite because they haven’t figured out how to verbally get their parents’ attention, while other children might actually bite as a way to show affection. While most children eventually give up this habit, the authors suggest that parents encourage their toddlers to talk about their feelings if they can and to “never bite back.”

Language skills also come into play when you’re telling your toddler not to do something. Many children may not understand the word no because it is often used in several different contexts. Instead of saying “no” when you see him go for a cup of hot liquid, get him to understand “why not” by using quick and understandable explanations as to why he shouldn’t do that. For example, explain “hot!” before he reaches for your cup,  instead of simply saying “no.” These brief elaborations will help your child develop his language skills and thus be better able to communicate with you too.

5 Great learning toys for toddlers
Can you be friends with your kids?
What to do if your child is a bully