A summer break from school is every child’s dream, but what happens when they begin to miss their friends? Why not host a midsummer break party? Give a nod to London 2012, and make it a theme party to remember! Here are some ideas.

Related story Team GB: 6 Things to know about the 2016 Olympics team
Have fun and celebrate the Summer Games 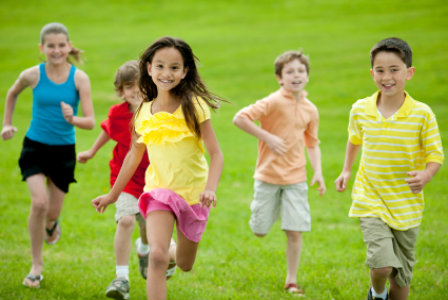 Throw it back to the beginning! The first Olympics in the ancient world was held in 776 BC, in honour of the Greek gods. Primarily for men, it was comprised of several sports, and winners were crowned with an olive wreath. Inspired to host an Ancient Greece party for your kids and their friends? Here are a few suggestions that will help add to the fun!

London is the most recent addition to a long lineup of modern Olympic host cities that date back to Athens in 1896, and every four years we celebrate the world’s best athletes with this prestigious event. How can you celebrate it at home? Read on for a few ideas on hosting a kids’ Summer Games party right in your own backyard!