If you’re expecting, you’re probably thinking of names for your baby. For inspiration, take a look at the names some celebrity parents have chosen for their children. 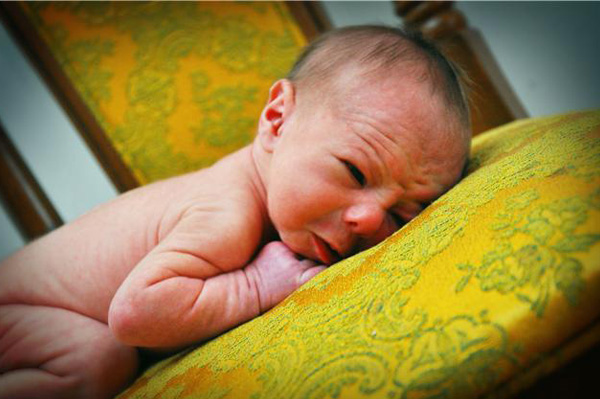 It’s always fun to have a look at what celebrity parents have been naming their children. Though some names may have you shaking your head, others are pretty unique and original, and they just might inspire you. Let’s have a look at some of the trends in celeb baby names; it just might help you come up with a short list!

Names that can work for a girl or a boy are becoming more common, but lately more girls are being given boys’ names. Take Jessica Simpson, for instance. The singer recently had her first baby, and she and her partner, Eric, gave their daughter a boy’s name: Maxwell Drew. Then there’s Mariah Carey and Nick Cannon‘s twins: Their girl is named Monroe (their boy has the unusual name of Moroccan).

Pretty, bubbly names can come from the gourmand world. Gwyneth Paltrow and hubby Chris Martin of Coldplay named their first-born Apple. Chef Jamie Oliver and his wife Jools gave one of their daughter’s the middle name Honey. Will we soon be meeting kids named Strawberry and Grape?

Many celebrity parents seem to have gotten inspiration from their gardens when naming their kids. Take Jamie Oliver and wife Jools again: All three of their daughters are named after flowers — Poppy Honey Rosie, Daisy Boo Pamela and Petal Blossom Rainbow (though you might have expected Oliver would’ve chosen more food-inspired names!). The music world’s royalty — Jay-Z and Beyonce — gave their daughter the middle name Ivy. And actress Jennifer Garner and her husband, actor/director Ben Affleck, named their first-born Violet. Will we soon have lots of little Magnolias and Irises running around the playground?

Come to think of it, Jennifer Garner and Ben Affleck’s daughter’s name, Violet, can also be considered a colour name. But perhaps the most buzz-worthy colour name of late is Jay-Z and Beyonce’s daughter, Blue. Model Carolyn Murphy’s daughter, Dylan, has the middle name Blue.