Baby names run in cycles, but one thing is constant… trending names from movies! Classic cinema names from the past 50 years inspire unusual and interesting name choices. 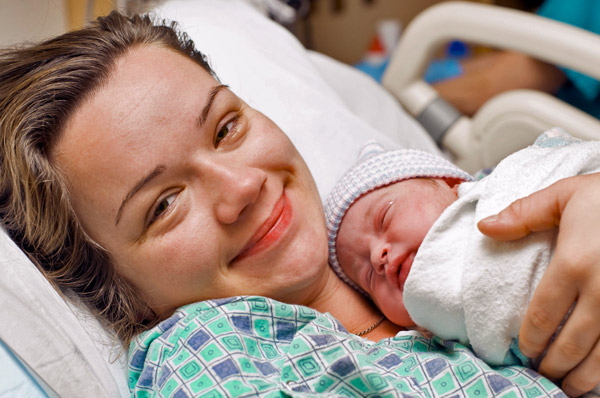 The top baby names for 2010 were Jacob for boys and Isabella for girls. Perhaps these choices are a reflection of the phenomenal success of the Twilight movie series and the characters portrayed by its young stars. Another boy’s name straight from the series — Cullen — is popular, too. Whether your idea of a “classic” movie is Citizen Kane or E.T. the Extraterrestrial, there are interesting names derived from some memorable cinema characters that might be right for your newborn.

Unusual and a favourite, Atticus is the Gregory Peck character from the wonderful To Kill a Mockingbird. From Citizen Kane we get Charles Foster Kane, memorable for his emotional cry for “Rosebud.” E.T.‘s devoted friend was Elliot, and the greed-is-good anti-hero from Wall Street answered to the name Gordon. We all grew up with Forrest Gump and did the same with Harry, Ron and Draco of Harry Potter fame. Potter star Daniel Ratcliff inspires the #8 most-popular boy’s name.

Zack (An Officer and a Gentleman), Ren (Footloose), Blaine (Pretty in Pink), and Cameron (Ferris Bueller’s Day Off) are popular names from 1980s movies, but have yet to crack the top ten. Leonardo DeCaprio’s recent Inception spun off a rash of babies named Dom, Eames, Nash and Fisher. And soon after the release of Leo’s Titanic, treasure-hunter Brock Lovett inspired many little-boy Brocks.

Inception gives to the girls, too, with Ariadne, a Greek name meaning “the one.” Variations of this name are Ariane and Ari. From Twilight comes the #1 name, Bella — or Isabelle, and the unusual Embry, used for both boys and girls. Elizabeth’s best friend in Eat Pray Love is Delia, a nickname for Bedelia or Cordelia. Classic older movies give us Holly, the Audrey Hepburn heroine of Breakfast at Tiffany’s, and Sabrina, from the movie of the same name.

The feisty tomboy daughter of To Kill a Mockingbird‘s Atticus Finch was named Scout — a name Demi Moore chose for one of her daughters. Harry Potter‘s friend Hermione now has little namesakes in a dozen countries, and Rose from Titanic is just one popular “flower” name, after Lily and Mystic Pizza‘s Daisy. Molly Ringwald’s teenaged girls of 80s cinema spawned Andie, Claire and Samantha. Splash premiered years ago, but mermaid Madison still holds on to the #8 spot in girl’s names.

Climbing in popularity are Tess, from Working Girl, and Bonnie — several cinematic choices here, but perhaps most memorable in Bonnie and Clyde. This year’s #10 female name may be a tribute to The Princess Diaries reluctant royal, Mia.

Still puzzling over the right name for your little star-to-come? Do some fun research by settling in for a night or two watching classic movies from the last 50 years. The memorable characters and the stars who brought them to life will provide you with plenty of inspiration!