A Florida teen is behind bars after police say she organized a prostitution ring. She’s been charged with human trafficking.

Along with an unnamed 15-year-old boy, 17-year-old Riverview High School student Alexa Nicole De Armas allegedly used Facebook, Snapchat and Kik to advertise the prostitute business. The students offered adults oral sex with a teen girl for $50 and sex with a virgin for $100. De Armas recruited classmates and girls from neighboring high schools. Authorities got involved thanks to a school resource officer who opened an investigation after students reported the prostitution ring.

Police say the teens used money they earned from their “business” to buy drugs and alcohol. After scouring Facebook messages, authorities discovered the teens were coldly businesslike, offering prostitutes a cut and offering clients the option to invest in the prostitution ring.

Also arrested was 21-year-old John Mosher. Police say he paid $40 and a bottle of alcohol to have sex with a 15-year-old girl. It gets even worse. When he met an underage girl at a community pool shed for sex, she changed her mind, and he reportedly raped her. 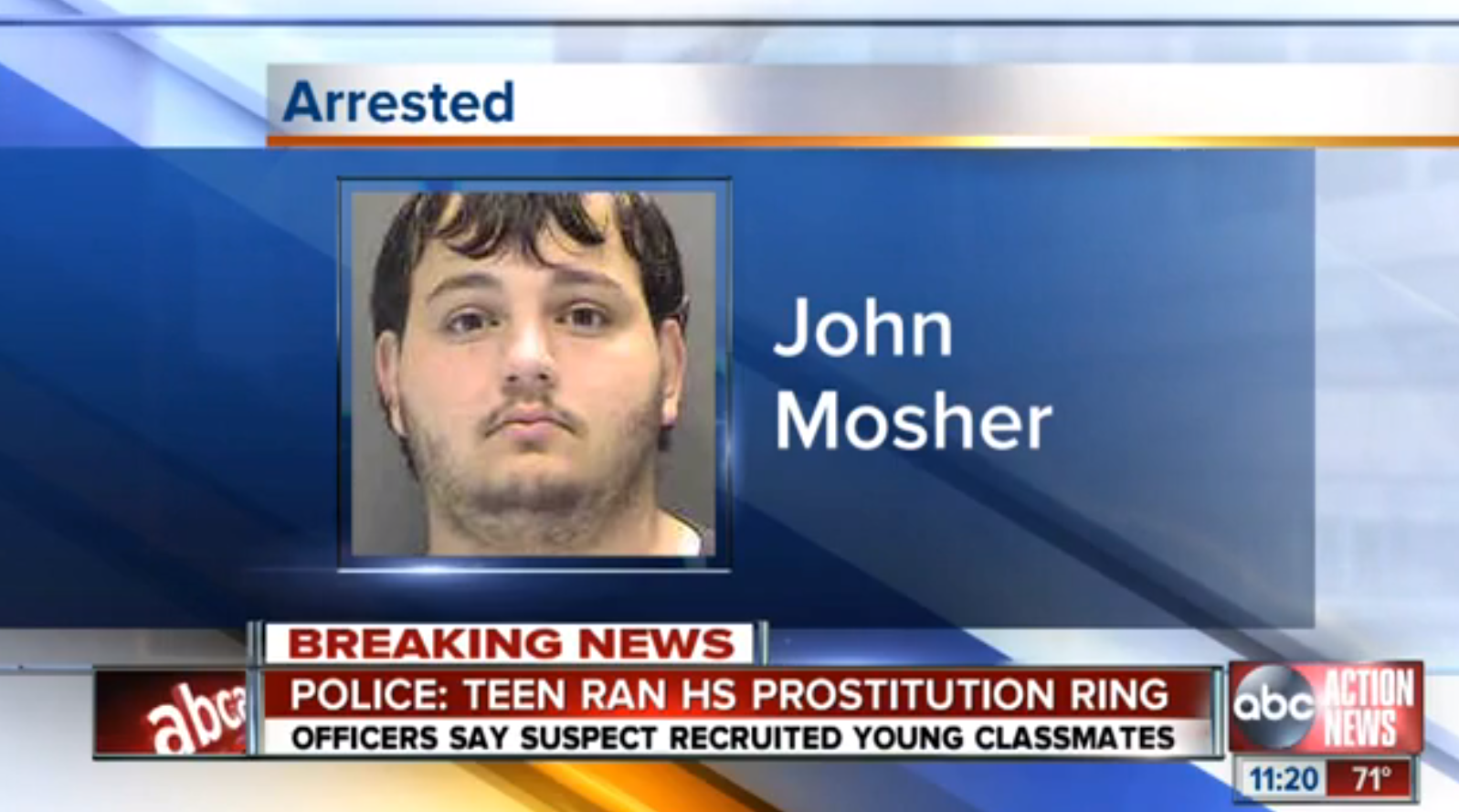 Sadly, Mosher’s incident wasn’t the only one arranged by the teens running the prostitution ring. At least three other awful transactions were made. More arrests are expected in this horrific case.

Thankfully those exploiting girls are now behind bars. As disgusting as this story is, it’s relieving to see adults stepping in and arresting those responsible for taking advantage of victims of exploitation and abuse.

This is your kid on domestic violence
Before you call Mike Brown a criminal, try to remember being a teenager
Viral video shows PE teacher dragging high school girl into the pool