Consider yourself lucky if your birth story was uneventful. For many moms, birth is long and complicated. For others, it’s just downright weird.

Related story Kelly Rowland Gave Birth With Her Whole Family Watching on Zoom — Because Normally They'd All Be in the Room?

Give these moms a round of applause for the wild and wonderful ways they brought their babies into the world.

Ruby Graupera-Cassimiro’s story is one for the record books. This mom beat the odds and survived 45 minutes without a pulse during C-section complications. She believes she saw the afterlife and was told that it was not her time yet.

A Florida mom and daughter found out that they were expecting on the same day and even had the same due date. After being induced, both women gave birth just two hours apart.

3. Too fast, too furious 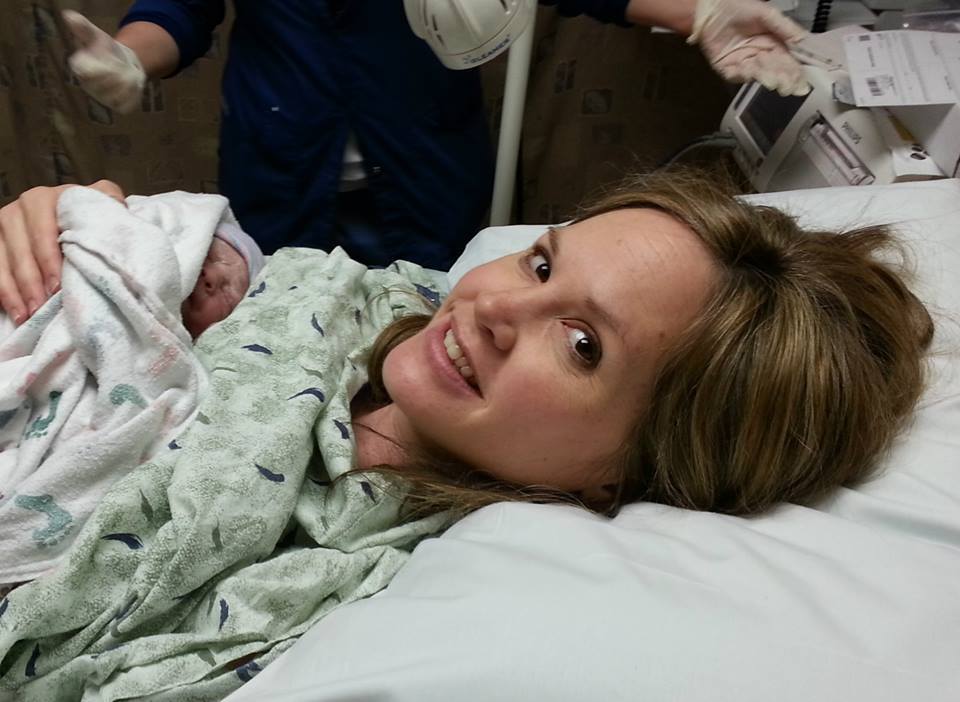 Melissa Kilgore says of her daughter Olivia who was born on May 20, “My labor lasted only one and a half hours from first contraction to holding my new baby girl. Labor progressed so quickly that I had to give birth in the triage area at the hospital, which earned me a fancy dessert tray afterwards — a gift from the awesome labor and delivery nurses. Photo is of baby and me about five minutes after birth, still just hangin’ out in triage.”

4. Congratulations on your baby… and your STD 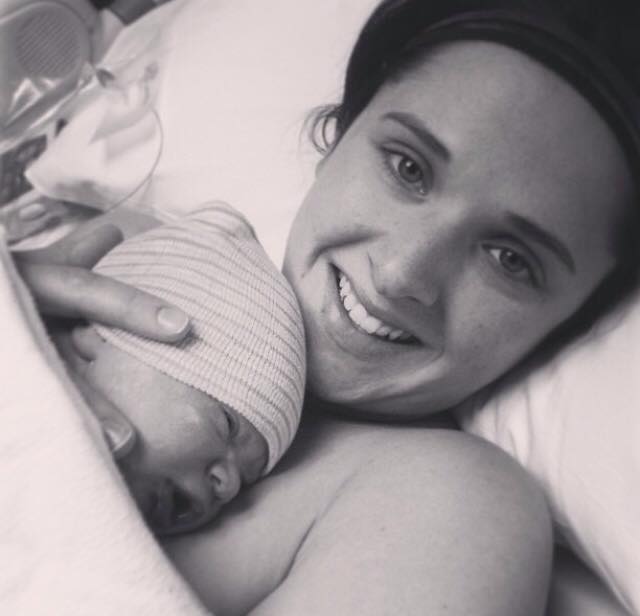 Lauren Gish recounts a ridiculous story after the birth of her son on May 25, “My nurse waited a few minutes after I had given birth to my second child before letting me know they thought I had chlamydia. She wasn’t sure if it was the right time and wanted to make sure my husband had left the room in case I had been sleeping around, and he didn’t know. Surprise, surprise — it was a false positive.”

When Britnie Dedrick’s water broke on the way to the hospital, her son was delivered safely on the side of the road by Sheriff Deputy Tony Gower. This was Gower’s first time delivering a baby.

This mom made it even closer to her destination — but not close enough. Baby Charlotte was born in a minivan in a Michigan hospital parking lot.

You can call 22-year-old Christie Fletcher’s birth story pure luck. Not only did Fletcher get pregnant while taking birth control, she gave birth to rare non-identical triplets with 25,000 to 1 odds of conception.

The internet went wild, with both support and criticism, after seeing the beautiful photo of two dads meeting their son for the first time. Frank and BJ’s son Milo was delivered via surrogate on June 27.

9. Rare twins born in the most adorable way

These mono-mono twins, who shared a placenta and amniotic sac, were considered a high-risk pregnancy. Thankfully, their mother carried the twins to term, and the newborn girls were born holding hands.

10. The biggest surprise of her life

Claire Evan’s (24) visit to the doctor is one she will never forget. Evans went in with complaints of stomach pain and came home with a baby. Her doctor believed Evans could have been suffering from a kidney infection and, upon examination, discovered that she was 9 centimeters dilated. Evans did not know she was pregnant.

53 mins ago
by Alicia Kort

60 mins ago
by Kristi Pahr

Block Out UV Rays With These Safe Kids Stick Sunscreens