My relationship with birth control started as a junior in high school. But it wasn’t for the reason most folks associate it for. Back then, I took the pill to help ease incredibly painful and long periods. Eventually I stayed on it to also help prevent pregnancy. After having my son, we relied on condoms for a while, but once we decided we were done having children, I decided to get an IUD. For the last 20 years of my life, I have been connected to birth control in one way or another, and I’m not alone. In fact, 99 percent of women have used birth control, and many of them are mothers.
www.youtube.com/embed/TZHzNRWEDWA

Birth control has many wonderful features. It helps prevent pregnancy, regulates hormones, relieves cranky period symptoms, alleviates issues associated with a range of things like PCOS and more! And, most important, for many women, it has been instrumental in helping form the family they want. Newsflash: Most of us (yes, even the married ones!) enjoy sex. But that doesn’t mean each time we have sex we are looking to reproduce. So the fact that birth control exists — and in many forms — is a wonderful, wonderful thing. 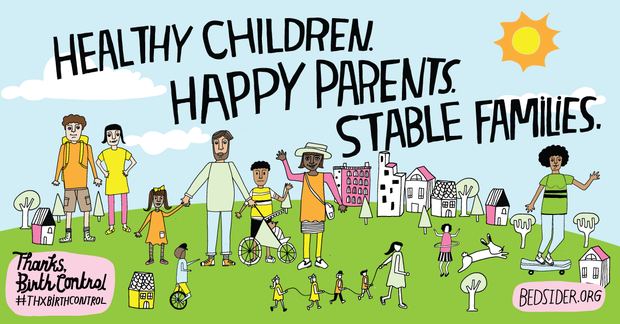 I can’t imagine having gotten pregnant while in college. I was knee-deep in academia, I had a plan and goals, and neither of them included a kid right at that moment. Thanks to birth control, I was able to plan to get pregnant with my husband. I was also able to plan how many kids we were going to have as well. I put out a quick call on Twitter to see what other moms were up to when it came to birth control. While a couple of them tweeted back that their husbands got “the snip” (aka a vasectomy), pretty much everyone else let me know they were on some form of birth control, from the NuvaRing to an IUD and everything else in between.

This year, Bedsider.org, an online birth control support network for women 18 to 29, operated by The National Campaign to Prevent Teen and Unplanned Pregnancy, created a video that’s all about thanking birth control for being so awesome and allowing women control over their lives and how and when they can make a family. The video, done in the spirit of Schoolhouse Rock and Free to Be… You & Me, features a catchy song that looks at all the reasons there are to love birth control. You can also check out their #ThxBirthControl hashtag and postcards to declare your love for birth control! 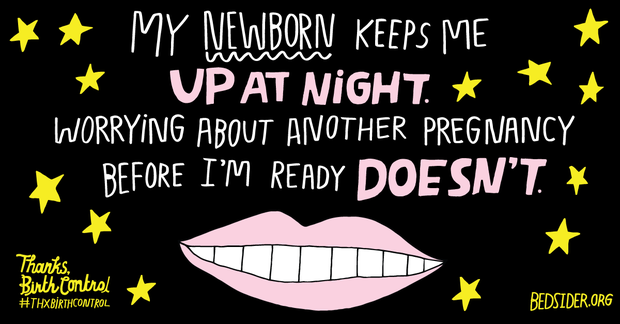