What was on the minds and Twitter feeds of some of our favorite celebrity moms? Kendra Wilkinson posts some revealing tweets about her state of mind concerning her troubled marriage with Hank Baskett. JWoww and Snooki share a sweet snapshot of their kids together — perhaps the next generation of Jersey Shore? Jessica Simpson (and her amazing playroom) and Kelly Clarkson round out our list of the most buzz-worthy celebrity moms on social media this week.

After taking a break from Twitter after learning that her husband, Hank Baskett, cheated on her with a transgender model when she was eight months pregnant, Kendra Wilkinson is back on social media with a vengeance. The 29-year-old, who has two children with Baskett (4-year-old Hank and 5 month-old Alijah), let cameras film her as she and Baskett worked through the affair in her reality show, Kendra on Top. In fact, Wilkinson live tweeted her thoughts as she watched the show.

In fact, cameras caught an inconsolable Kendra throwing her wedding album in the pool and flushing her wedding ring down the toilet. Kendra’s response?

What do you think about Kendra filming her marriage problems for Kendra on Top? It is a reality show and this does seem to be her reality at the moment, however, some are criticizing her for using this to score high ratings. 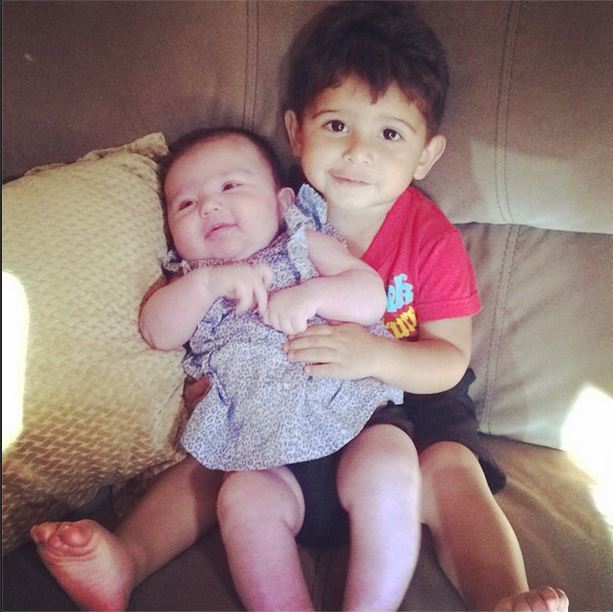 Jersey Shore alums Snooki and JWoww are BFFs in real life — and apparently their kids are as well. Snooki shared this photo of her son Lorenzo holding JWoww’s daughter as they smile sweetly at the camera. “Can we just take a moment and look at how beautiful Lorenzo and Meilani are?” Snooki captioned the photo.

One photo Snooki hasn’t posted yet? A picture of her newborn baby girl Giovanna. Perhaps she is waiting for a magazine offer? 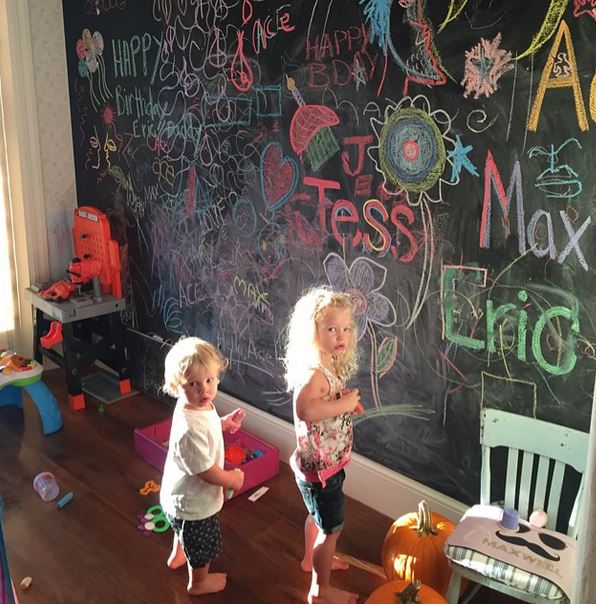 Jessica Simpson shared a photo of her playroom (look at that awesome chalk wall) as her kids, Maxwell and Ace, have fun coloring. “Please stop getting older!!” she captioned the sweet snapshot.

She also tweeted a photo as she took a selfie with her newlywed sister, Ashlee Simpson.

File this photo under adorable. Kelly Clarkson shared this photo as her daughter, River Rose, lays perched next to a new guitar, courtesy of “Uncle” Blake Shelton and “Aunt” Miranda Lambert.

Clarkson also shared another picture of her daughter with her husband, Brandon Blackstock.