The best place for a star sighting in Hollywood during the month of October is not Rodeo Drive or The Ivy — but the celeb-loved Mr. Bones Pumpkin Patch. Celebrity moms and dads such as Jessica Alba, Fergie, Jennifer Lopez, Pete Wentz and many more brought their tots for a fun-filled day of picking out the perfect pumpkin. Check out all the adorable photos here. 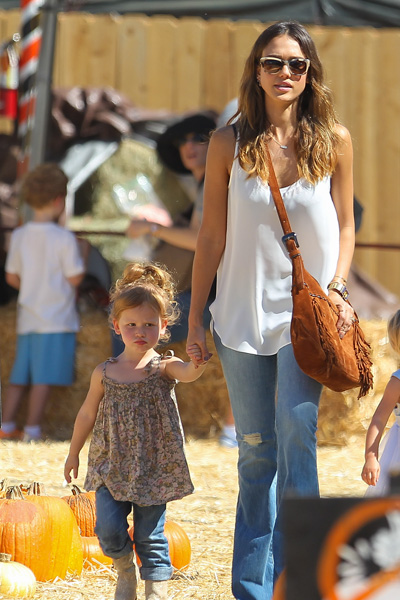 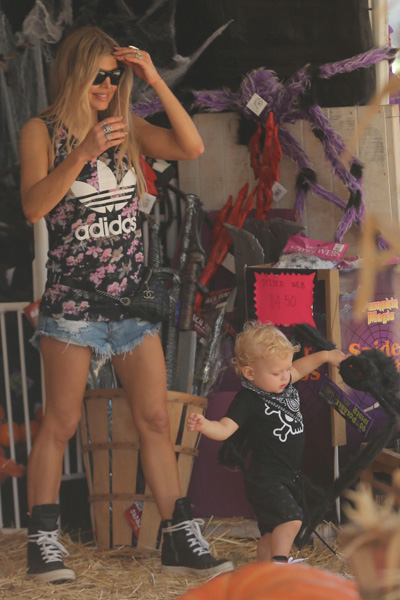 Fergie and Josh Duhamel took their adorable 1-year-old son Axl to the pumpkin patch, where he showed off his new walking skills as he wobbled through the haystacks with Fergie looking on.

They later went to pick out the perfect pumpkin, where Duhamel snapped pictures on his phone as his son walked through the pumpkin patch. 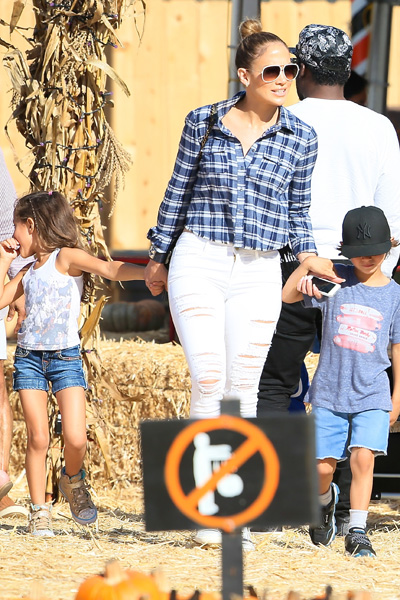 Jennifer Lopez arrived at Mr. Bones Pumpkin Patch dressed down in distressed jeans, a plaid shirt and wedge sneakers. The singer had her chauffeur drop her off with her 6-year-old twins Max and Emme in their white convertible Bentley. The twins had fun getting their faces painted and playing on the slides while J.Lo looked on and chatted with her longtime manager, Benny Medina. 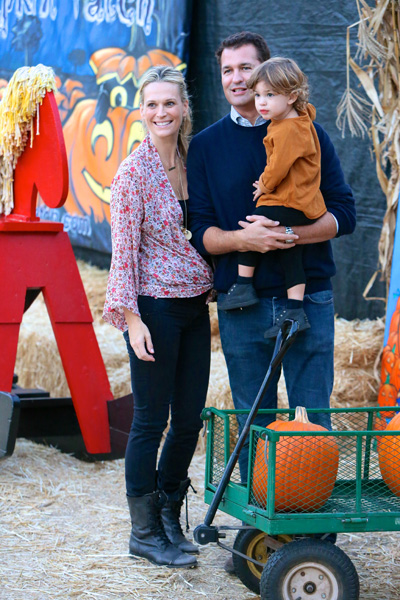 Actress Molly Sims and her husband Scott Stuber had fun with their adorable son Brooks at the pumpkin patch. Sims is currently pregnant with her second child and showed off her baby bump in a cute floral top. 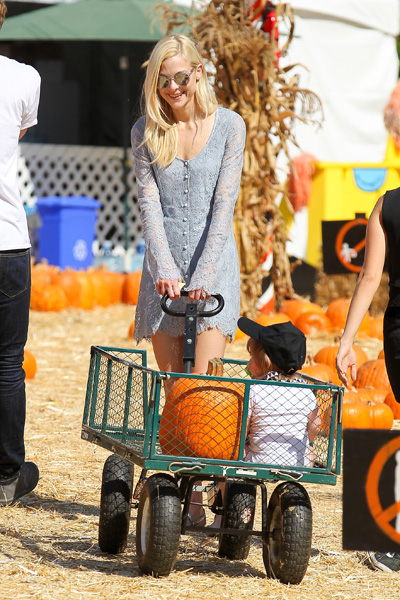 Hart of Dixie star Jaime King pulled her son James Knight in a wagon with a cute pumpkin propped next to him. The actress was spotted chatting with Jessica Alba at the celeb-filled pumpkin patch. 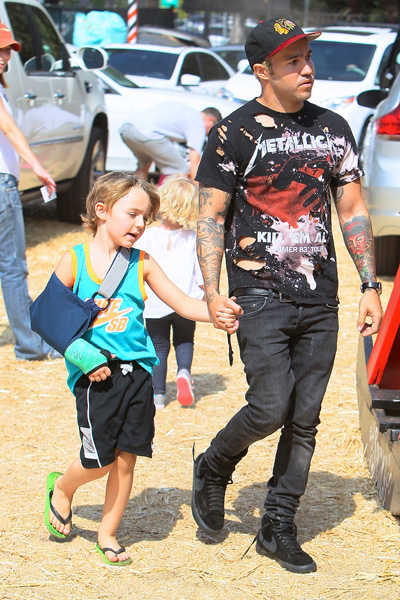 Pete Wentz took his son Bronx (who is sporting a cast on his arm) to the pumpkin patch for the day. Bronx is his son with his ex-wife, Ashlee Simpson. The Fall Out Boy rocker recently welcomed another son named Saint with his girlfriend Meagan Camper. 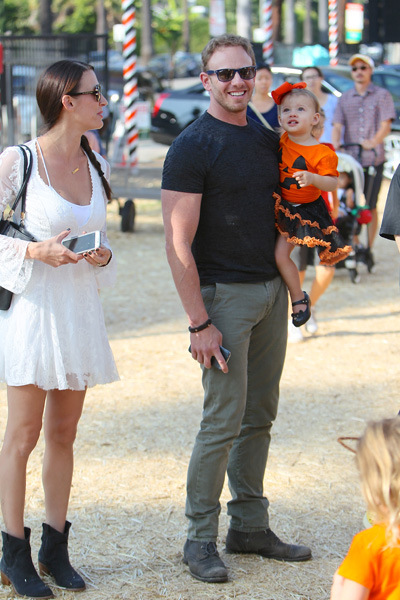 Sharknado star and 90210 alum Ian Ziering was spotted with his wife Erin Ludwig and their two daughters Penna and Mia at Mr. Bones Pumpkin Patch. 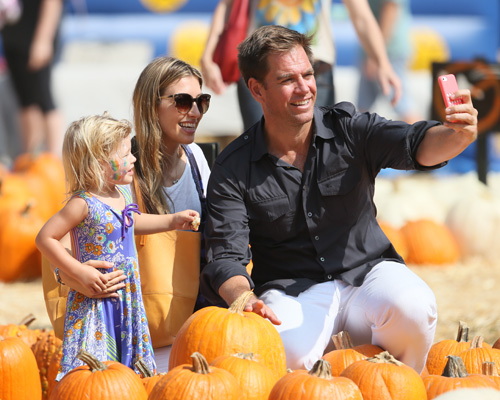 It’s a pumpkin patch selfie. NCIS actor Michael Weatherly and his wife Bojana Jankovic posed for a selfie with their daughter Olivia while surrounded by pumpkins at Mr. Bones Pumpkin Patch.