Happy Wednesday Hump Day — also known to us as Celebrity Baby Bump Day. We have rounded up the cutest pregnant celebrities of the week including Blake Lively, who surprised us all with her sweet pregnancy announcement and baby bump reveal. Pregnant Kourtney Kardashian is growing and glowing, as is Kristen Bell, who totally nailed it in a LBD on the red carpet. Shakira and Zoe Saldana round out our list of the most buzzworthy baby bumps of the week.

Blake Lively is pregnant and expecting her first child with her husband, Ryan Reynolds. The 27-year-old Gossip Girl alum made the baby announcement on her lifestyle website Preserve this week.

Wearing a white suit and lounging in a chair, Lively shows just the tiniest hint of a baby bump as she is featured in the Marie Claire September 2014 issue. 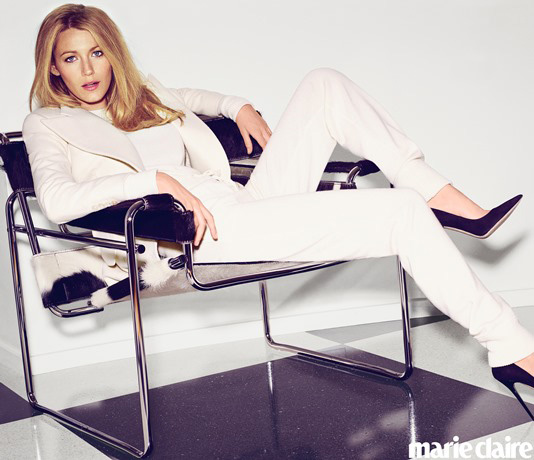 Her website Preserve hinted that there was a big announcement in this tweet, which featured a post about family and included pictures of many pregnant women — including Lively showing off her own baby bump.

The actress didn’t announce her pregnancy to Marie Claire, but she did hint about big baby plans in her future — and even joked she wanted 30 kids of her own. “I gotta get started. If I could spit out a litter of kids, I would,” she said.

The actress, who looks to be in her second trimester, gushed that Reynolds is her best friend.

“We’ve never gone a week without seeing each other. There’s no major decision that I make without him. The best part is when we turn off our phones and just talk and hang out. He’s my best, best friend. What do you do with your best friend? You do nothing,” she said.

Lively has already started nesting — and has even picked out some adorable Southern baby names that you can read all about here.

Next up: Pregnant Kourtney Kardashian shows off huge baby bump

1 hr ago
by Michelle Maffei