There was nothing like the magical moment when you finally convinced your parents to let you upgrade from Atari — with its infuriating Pitfall game — to the glory that was the original Nintendo Entertainment System. Watch modern teens interact with an NES console, and totally fail to recognize how awesome it is.

Today’s teens will never understand how amazing Castlevania, Contra, Excitebike and Super Mario Bros. were when they came out in the late ’80s and early ’90s. Teens might know the Konami Code (because who doesn’t) but they’re not wowed by 8-bit graphics the way we were.

When popular web series Teen React gave teens — including Game of Thrones‘ adorable Maisie Williams — a console to play with, many of them didn’t even know what NES was. “Is this a projector?” one asks.

That’s the sound of you being really old.

www.youtube-nocookie.com/embed/bDOZbvE01Fk
The Nintendo Entertainment System hit the U.S. market in the mid ’80’s, quickly becoming ultra-popular and jump-starting the gaming industry as we know it. My brother and I spent hours playing Dr. Mario and Donkey Kong. Even my orthodontist had one in the waiting room, complete with Burgertime, a bizarre and wonderful game that consisted mostly of… making burgers.

If you not-so-fondly remember blowing on and licking tons of game cartridges to get them to load, you’ll love watching kids maneuver around an original NES. 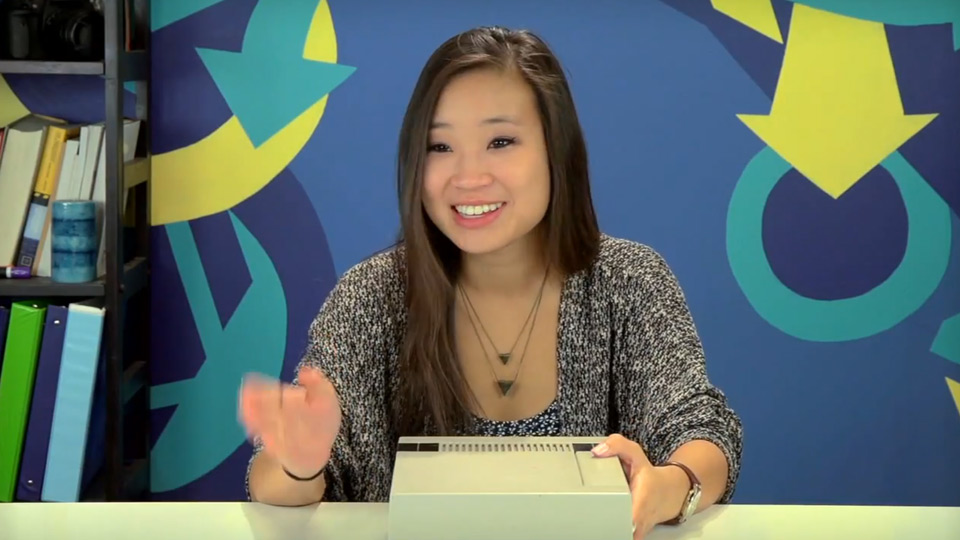 “This controller sucks,” says one teen. “This is the least comfortable controller ever.”

Listen kid, when we were little, we had to play video games uphill in the snow. And before the NES, we had to deal with E.T. the Extra-Terrestrial, a game so terrible hundreds of copies mysteriously ended up in a landfill. You can keep your shiny Xbox, I’ll be over here seriously contemplating scouring eBay for an original NES so I can hear the joyful sound of picking up a super star power-up in Super Mario Bros. over and over.

#GamerGate: Why a fight over video games, feminism and journalism ethics should matter for parents
How video games may help treat ADHD
10 Video games moms will actually like