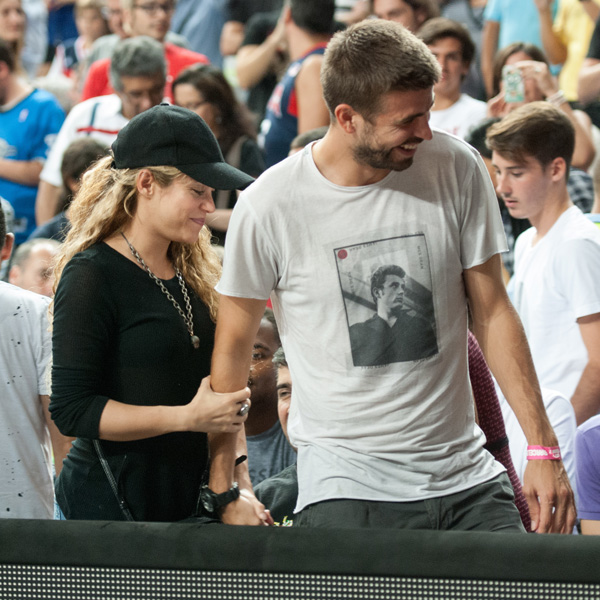 Pregnant Shakira and her boyfriend, Gerard Piqué were spotted attending the U.S. versus Slovenia Basketball World Cup game in Barcelona on September 9. The singer and her cute boyfriend, who is a professional footballer, are already parents to a 19-month-old son named Milan. She recently spoke about her pregnancy with Spanish Cosmopolitan — and revealed they are expecting another baby boy.

“The sexy singer admits Milan will have a little brother soon,” they announced in their upcoming issue.

It sounds like after this tot is born, Shakira is far from being done with motherhood. “I would love to have eight or nine kids with Gerard. My own futbol team.”