Hate having to remind the kids what they are responsible for around the house? This dad was tired of telling them over and over, so he made a tongue-in-cheek “how-to” video for his kids. Since he plans to do a whole series, we came up with a few topics he should add to his list.

We’ve all been there as parents — so very tired of constantly telling the kids what to do and having the message fall on deaf ears. Father of two Will Reid had reached his limit and decided on a slightly different approach to getting their attention. He filmed his very own “how-to” video on YouTube, explaining to his two teens exactly how to change an empty roll of toilet paper, and his humorous twist has many parents around the world cheering him on. Uploaded a few days ago, the video has already racked up almost 700,000 views on YouTube, and the number is climbing.

“Obviously telling them face-to-face is not working,” Reid says in his video, aimed directly at his own two teenage children, James and Beth, who apparently have fallen down on the job at home. “I’ve come up with the idea of using social media to try and reach you,” he says as he starts the how-to instructions for changing the toilet paper roll.

“I know this is a difficult one,” he warns his teens, “so pay attention.” 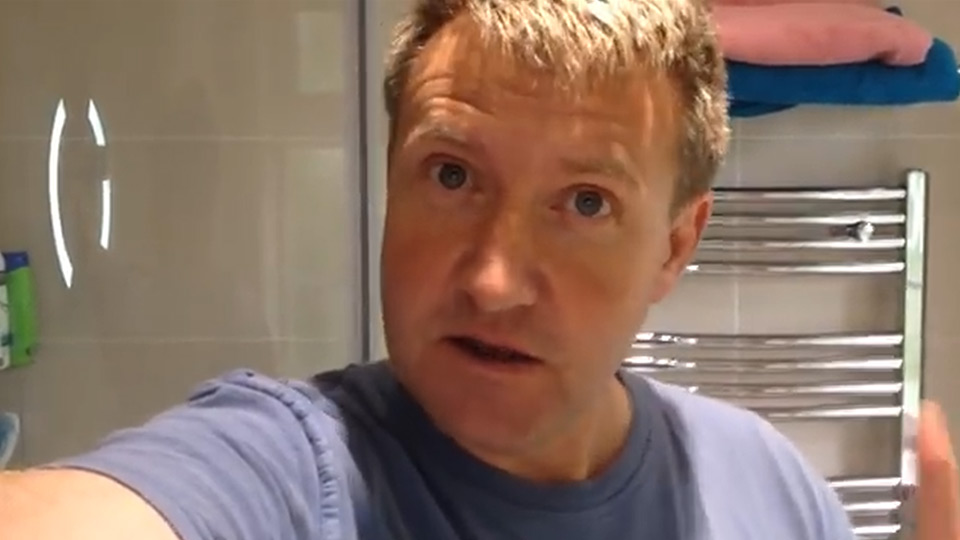 As I watched Reid continue with detailed instructions for removing the empty roll and replacing it with a new one, I felt empowered. How many times have I given the same lecture to my own two kids, only to find another empty roll several days later? What if he created a whole series of these videos? My head was spinning with the possibilities. My kids are always on YouTube… This might be the best parenting invention ever.

Reid shares that this is only the first in a series of how-to instructional videos, and I personally can’t wait for the rest. And in case he is looking for new topics, I recommend these three to start:

How to close the door when leaving the house

This might be a particularly difficult task to teach children unless you also yell the phrase, “Were you born in a barn?” while admonishing the kids for leaving said door wide open. Bonus points for video tips on how to close it without slamming or capturing the fingers of younger sibling in the doorjamb.

How to turn off the lights when leaving a room

Whether or not you have those fancy-pants bulbs that save energy, your kids need to learn to turn them off. It’s a life skill, people. This video may require multiple mini lessons due to the number of different switches that exist. Caution: Young children should be taught that it is in fact OK to leave all lights on when teenage siblings have a “date” in the family room downstairs. If a sibling discovers that the teenager has mistakenly turned them off, the child is given full permission to turn them back on. All of them.

How to put away your crap

Kids have a lot of crap, most of which is usually lying around on the floor — especially LEGOs and other tiny stuff that causes nerve damage when stepped on by a parent or other unsuspecting adult. The solution would be to put it away, yet they seem incapable of doing this. This how-to video should include a warning that it takes Mom only 13 minutes and eight Hefty garbage bags to get rid of a room full of “treasures.”

What do you think? Add your how-to video ideas in the comments, and help parents everywhere. Please.