I’ll be the first one to tell you that talking about the hard parts of motherhood has tremendous value to other parents. Everyone struggles, and during those hard times we need to know we’re not alone. We need to know that other women walked the same path and made it through.

On the other hand, making pregnancy out to be a total freak show full of body horror and misery doesn’t help anyone. Pregnancy is natural. It’s also a pretty common medical condition. Just because you’ll probably end up with hemorrhoids for a while doesn’t mean those nine months of gestation are going to inevitably be the worst months of your life.

Making a big deal out of pregnancy weight gain plays into women’s insecurities and takes the focus away from the other zillion fascinating, difficult, exciting and miraculous aspects of having a baby.

“I know what you’re thinking — that you’ve seen plenty of moms stay tiny during pregnancy. What you probably don’t know is that real moms HATE these women,” writes Melanie Wilson a Christian psychologist and mom of six, in her essay about the realities of pregnancy — which focuses almost exclusively on how fat pregnant ladies get. 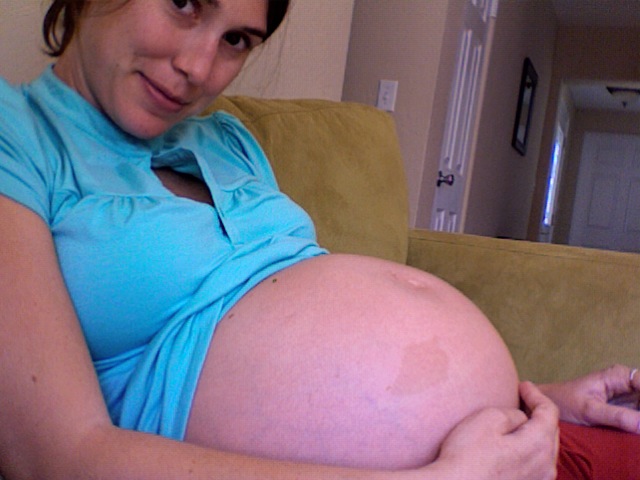 Without even touching the problematic nature of defining women as real or not based on the shapes of their bodies, this is one of the most hurtful statements I’ve ever read about pregnancy. As a woman who gained 75 pounds with both pregnancies, I agree that some moms are going to put weight on. I didn’t love watching the number on the scale climb, but I didn’t bemoan my fatness to anyone who would listen. Because I was pregnant. With a baby. In my belly. My many extra pounds of ass fat served as a foundation for that little life growing inside of me, and that was really cool and kind of an expected side effect.

Plenty of women lose weight during pregnancy, often because of serious medical conditions. Other women gain 25 pounds or so and somehow manage to keep their friends. Because in real life, decent women don’t hate other women for the way their bodies look while they’re gestating babies or having a cheeseburger or not having a cheeseburger.

The truth is there are no inevitabilities in pregnancy. Women go into this blind, not knowing if they’ll be able to conceive. Not knowing if they’ll carry a baby to term. Not knowing if the baby will be healthy. We prepare for labor because we don’t know how it will feel until we get there, but we know that we deserve the choice to approach labor as we best see fit. That should mean freedom from shame — whether you’re having a hypnobirth or a C-section.

Perhaps the only guarantee is that despite the fact that pregnancy is an individual journey, some jerk is going to criticize you for the way you look, the way you feel, the way you act or the choices you make. Rest assured that most women don’t care how much weight you gain, how you do you while you’re pregnant or how you decide to approach labor. But we will try to touch your belly. Sorry. It’s just really cute.

When it comes to maternity leave, always have a plan
You won’t believe what this adorable husband did when his wife didn’t want maternity pics
Here’s another reason to stop feeling guilty about your epidural